As demonstrations against police brutality continue on American streets, local governments are gauging what changes they can make now. Candidates vying to be Miami-Dade County Mayor spoke with NBC 6 about what police reforms they would support as leader of the largest county in the state and where thousands have taken to the street over the past week to protest.

One big difference separating Bovo from the others is he only supports a panel with power to advise and recommend action. He would not support - and has voted against similar measures in the past - a panel with subpoena power that could dish out punishment over police department. 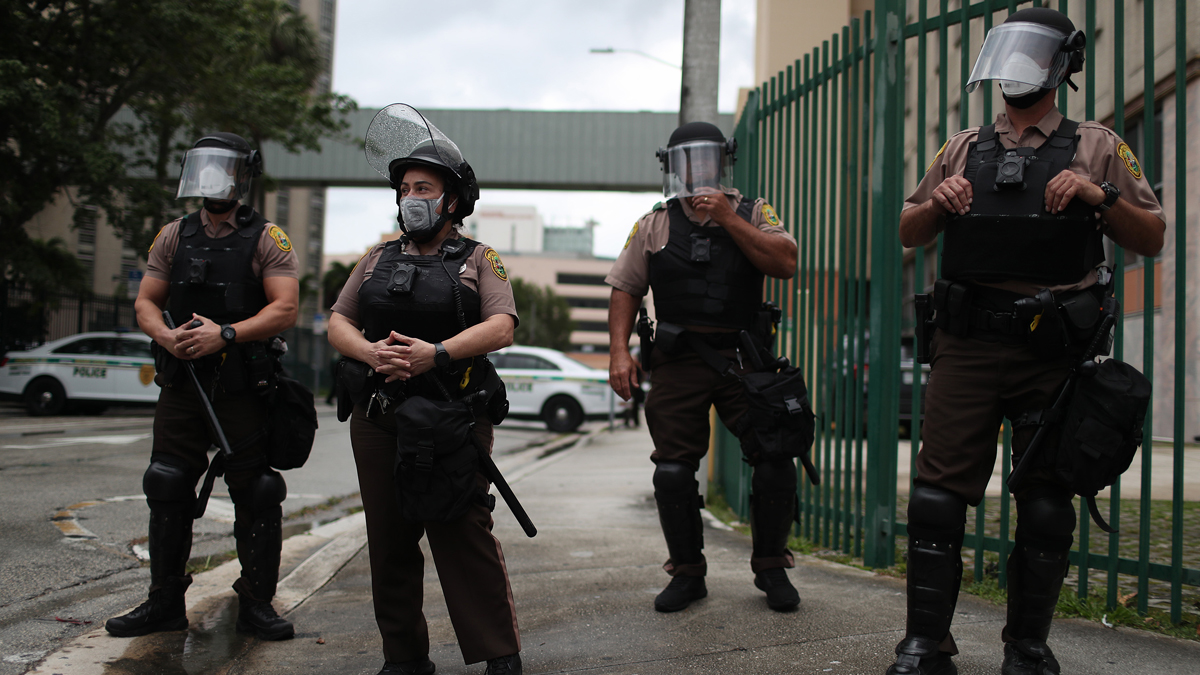 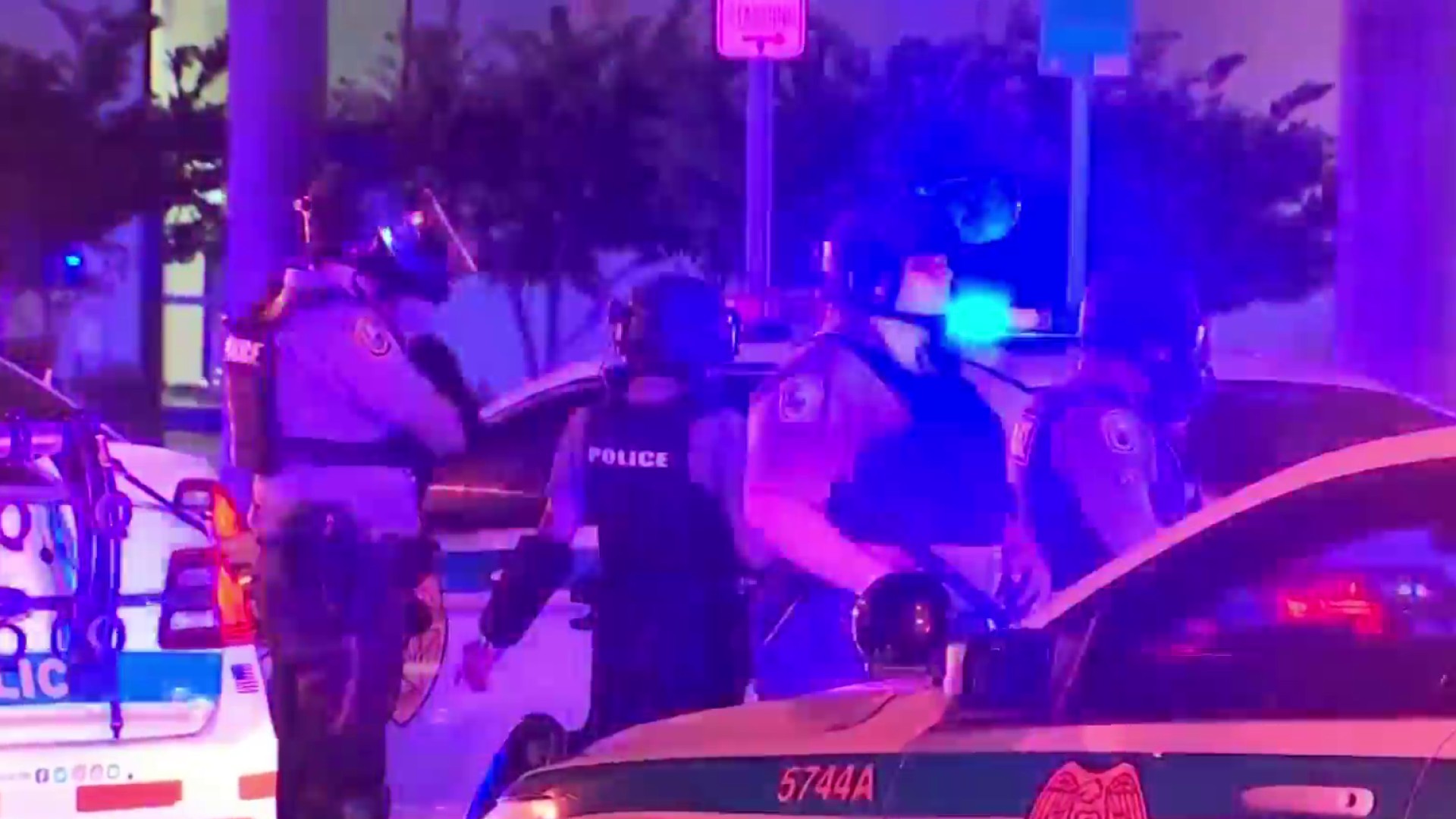 “I don’t want to turn these into an us against you kind of mentality. Which unfortunately, listening today to the public safety committee, it’s starting to mushroom into that,” said Bovo, talking about the lengthy public hearing over the issue, where many people had strong words against local police practices.

There are some hurdles in place that could limit any subpoena power put in county ordinances. The state Supreme Court in 2017 declared the Miami civilian review panel’s subpoena power to be unconstitutional. Without it, they cannot compel officers to cooperate with an investigation. The court ruled subpoenaing officers violate a statute in Florida law known as the Police Bill of Rights.

An effort to give citizens subpoena power working in conjunction with other law enforcement entities or another way the county commission can find a path will likely be met with lawsuits.

The county used to have a review panel until 2009 when the commission stripped its funding during the budget crunch caused by the 2008 recession. In 2018, it almost returned but was vetoed by current Miami-Dade Mayor Carlos Gimenez. He said at the time he would only support a panel appointed by the Board of County Commissioners and not community organizations.

Bringing the review panel back is led by Commissioner Barbara Jordan. The commission expects to vote on the issue next week at the June 16 meeting.

Suarez supports it and wants one “that has the power to make decisions, not just to recommend it. We don’t have that in the county.”

Suarez wants to lean on the experience in the City of Miami - where the community has a review panel and his son, Francis Suarez, is the mayor.

Protesters are calling for defunding the police. But what does that mean exactly? NBC 6's Willard Shepard reports.

Penelas supports a panel with subpoena power and believes it could work with another agency like the State Attorney’s Office to use subpoena power. But Penelas worries about having all the members of the panel being appointed by commissioners, political positions that require running for elections.

Cava also supports giving the panel subpoena power and wants community interest groups to recommend people on the panel and then be approved by the commission. Cava and Penelas both support putting the panel in the county charter, which will make it more difficult to defund or eliminate in the future.

“It must be the kind of structure that is truly independent. I will fight to make sure it truly is that,” Cava said.

All of the candidates say they’d support a panel coming from different sectors of the community, including people with law enforcement experience, but also judges, civil rights attorneys and community organizations.

“We should be able to call the proper channel and have them start an investigation and subpoena whatever needs to be subpoenaed,” Barley said.

Police unions and law enforcement supporters, who are often key voting blocs in local elections, oppose civilian oversight of their internal investigations into police misconduct. But since the killing of George Floyd in Minneapolis, a wave of reform could be coming. Time will tell if the wave crashes against entrenched forces or continues to roll into new policy territory.

Miami-Dade mayor candidates told NBC 6 they do not support that type of measure.

Barley said she thinks there should be more police on the street.

With nationwide protests for racial justice still reverberating, signs of action are emerging across the country.

“Because we don’t have enough. The police officers are supposed to be equal in proportion to the amount of constituents and residents you have in your county. So we’re under staffed with the police officers,” Barley said. Especially, she says, in the area of Miami Gardens.

Bovo says he would not support lowering the police budget in favor of shifting resources to items like mental health and community development programs. He supports a more surgical approach to tinker with “bad apple” cops and evolve with problems as they arise.

“Rethinking everything about our police only feeds into what I think is a very, very loud, minority,” Bovo said.

Penelas doesn’t support defunding police either but supports increasing the budget to affordable housing and mental health. If that money comes from law enforcement aspects like the county jail, that’s fine, he says. He would oppose it if it takes police officers out of areas of the county.

“The largest provider of psychiatric care in the state of Florida is the Miami-Dade County Corrections Department. That’s not a good allocation of resources,” Penelas said.

“I am not about defunding the police. I am about looking at community needs and allocating resources to where they are most needed,” Cava said.

“There are aspects of it that are just very inefficient, including too many people in high ranks,” Suarez said.

The primary election is in August. The top two candidates will face each other in the November election.