The Great Barrier Reef is the world's largest coral reef, making it one of the seven natural wonders of the world.

In the wake of the Australian bushfires, the images coming out of the country set ablaze were jarring. The collision of the country's most extreme drought and most extreme temperatures shocked the world. With views of a scorched Earth and injured or perished animals flooding social media and news outlets, it was easy to see the devastation.

“Extreme heat, in itself, is a really underestimated risk to us,” says Dr. Sophie Lewis, an award-winning climate scientist at the University of New South Wales Canberra. “The fires, we see how dangerous they are, but extreme heat is Australia’s deadliest natural disaster.”

The damage to the beloved underwater ecosystem of the Great Barrier Reef is much harder to put into perspective. Record temperatures pose many direct threats to human health and the environment in Australia. It has also fueled a crisis in the ocean. 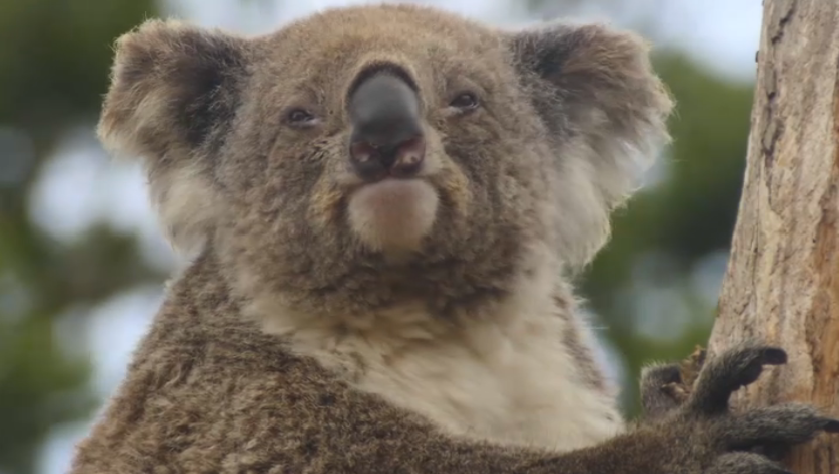 “It has impacts on our ecosystems like our GBR.  A lot of our marine wildlife is quite vulnerable to that heat,” Dr. Lewis added.

Much like the kangaroo and koala, the majestic Great Barrier Reef is also an Australian icon that is being threatened by climate change.

The Great Barrier Reef is the world's largest coral reef, making it one of the seven natural wonders of the world. The reef is home to more than 1,500 fish species and so expansive that it’s visible from space.

Just as extreme heat threatens those on land, it also jeopardizes the reef.

Professor Madeleine van Oppen is an ecological geneticist with a passion for corals.

The underwater ecosystem also adds a layer of protection from the fury of storms and the source of life for its people.

Owners of a kangaroo rescue in Australia were forced to flee when fire ripped through the area. They returned not knowing what happened to the kangaroos.

“Almost the only food that some people can obtain is from the reef to feed their families and for their economies as well. More than 30 percent of all marine species live on coral reefs, so in terms of biodiversity values, the reefs are very important, too,” van Oppen said.

The loss of the massive reef system may also mean the loss of scientific advancements.

Van Oppen believes some solutions could be within those reefs, saying “we might find solutions for human disease on the reef because there’s so much unknown and undescribed diversity” and adding that there could be “a long list of benefits that coral reefs bring to humans.”

Climate change has already caused massive alterations for the ecosystem off the coast of Australia – and experts say it will only get worse.

“So with climate warming, we see a gradual increase in temperature that can cause stress, but then also we see an increased frequency, intensity and duration of these summer heat waves that are the biggest threat to coral reefs at the moment,” adds van Oppen.

Corals are sensitive to even the slightest changes in their environment. Therefore, as the global temperature increases, the oceans heat up. The warmer waters cause the corals to stress and could cause a mass die-off known as bleaching. The change in the marine invertebrates is visible as the colorful creatures lose the algae that live inside their tissue and become colorless.

The bleaching causes a cascade of bigger issues for the ecosystem. After a die-off event, there is often a loss of fish and other species that depend on the reef.

Australia’s average temperature has already warmed by 1 degree Celsius, and so have the waters of the reef. With the continued emissions of heat trapping greenhouse gases, the temperatures around the global and ultimately in our oceans will continue to rise as well.

While bleaching is quick to occur, the bounce back of the reef can take decades.

“It probably takes between 10 and 20 years for a reef to recover from a severe disturbance such as one of those severe heat waves where we lose up to 50 percent of the coral on the reef for instance.  And the problem now is that those major disturbances occur at a much higher frequency so there’s not enough time for the reefs to recover fully.”

Van Oppen, along with her team, is offering an asset to the recovery efforts by working to speed up the coral evolution process with hopes of developing methods to improve their heat tolerance.

Van Oppen says that her research gives us hope for the future of coral reefs but stresses the need for coral reef action if we want to save our reefs for future generations.

NBC 6 Meteorologist Angie Lassman breaks down the positive carbon feedback loop, a vicious cycle when the results of warming causes even more warming.

“We’ve had some very promising early results.  The challenge now is to actually implement that in the field and also with the scale of the restoration. Those are big challenges at the moment. Ultimately, we have to do something about climate change – climate warming – because if we don’t address that in the long-term, the reef will continue to decline.”

It’s not just Australia that is facing the fall of one of their greatest habitats. This is a trend that is happening across the globe. In fact, over the last 30 years, the world has lost half of the oceans' corals and Florida’s reef tract has not been spared.

“I’m not going to sugarcoat it. The state of the Florida Reef Tract is dire.  We are losing corals at an unprecedented rate,” Erin Muller of the Mote Marine Lab said.

The Coral Restoration Foundation is a local organization that is responding to the threats that our reefs face.

“I would suggest that for the first time in human history, we’re witnessing potentially the loss of an ecosystem,” said Scott Graves, the marine lab’s operating officer.

The parallels between Australia’s underwater troubles and Florida’s rapid loss of corals aren’t difficult to see.

Florida’s reeling reefs have the insult of another climate change-fueled culprit to contend with, stony coral tissue loss disease.

Scientists have been ringing the alarm on climate change for decades. NBC 6's Angie Lassman spoke to Dr. Michael Mann about what the wildfires in Australia mean to South Florida.

“What’s unusual about this disease – it’s probably the worst coral disease outbreak that’s ever been recorded anywhere in the world,” said Andrew Baker, Associate Professor of Marine Biology and Fisheries at the University of Miami. “This is kinda the straw that breaks the camel’s back.”

Like Australia, the reefs off the Florida coast also offer protection from hurricanes and pump money into our economy.

Ron Magill of Zoo Miami has a deep passion for the animals of the world, including coral reefs.

“Reefs are the rainforests of the oceans. They’re also a huge economic engine for us. Tourism. People come here to fish, to go diving, to go snorkeling.  All of that can be catastrophically wiped out by just a 1 to 2 degree rise in temperature.”

Coral reefs protect South Florida’s coastlines from storms, as well some natural threats that some residents may have, including storm surge.

Similar to the Great Barrier Reef, part of Florida’s identity would be lost, not only for the present but for lasting generations, without its reef tract.

Here in South Florida, the reefs bring in an estimated $4.5 billion and account for 70,000 jobs.

Like Dr. Van Oppen, researchers in Florida are trying their own assisted evolution approach to recover the state’s reefs.

The efforts have shown promise so far with thousands of coral being saved and replanted. However, the continued warming of ocean waters at unprecedented rates will likely cancel out the initiative.

“I’m hoping that what’s happening in Australia is a wakeup call to people not just here, but around the world,” Magill said.

Experts across the globe agree that the future of our coral reefs worldwide look dire and grim without climate action.