Being trapped aboard a ship with thousands of people as the new coronavirus spreads around the world isn’t the kind of serene vacation envisioned by most travelers, many of whom are delaying or canceling planned cruises at a time when bookings should be at their busiest.

Cruise lines, meanwhile, are struggling as they try to reassure nervous passengers at the same time that some of their ships are being turned away from ports by officials worried about the virus' spread.

They also are moving Asia-based ships to other destinations such as Australia and Alaska, and are turning away potential travelers who have recently been in certain regions of Asia and Europe. 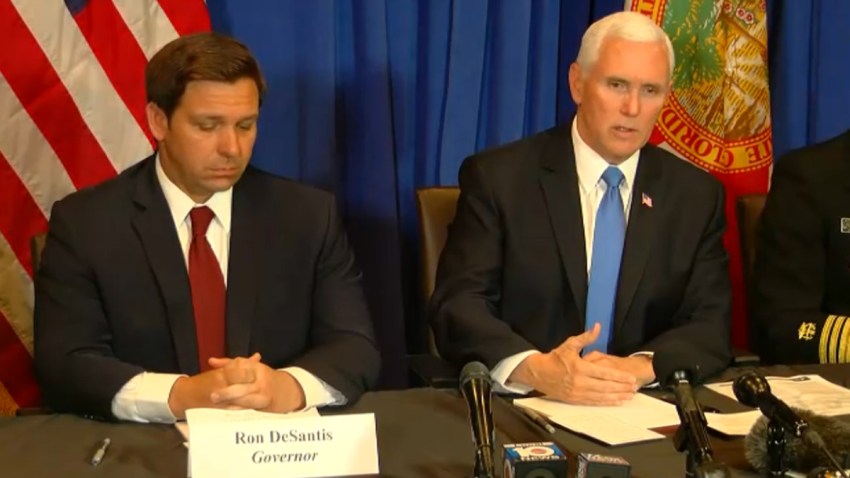 Uncertainty over the extent of the outbreak caused stocks of the largest cruise line companies to plummet over the past week. But the fear thus far seems to be psychological: While travel advisers have noticed fewer last-minute bookings for the normally popular time that extends from January through March, they said they weren't seeing many cancellations yet.

“The cruise industry will take a hit. We just don’t know how big it will be yet,” said John Thomas, a professor at Florida International University who teaches cruise line management.

The new virus has infected more than 83,000 people globally, the vast majority of them in mainland China.

Some travelers are spooked by reports of a virus outbreak that killed 10 people and sickened 700 aboard a cruise ship quarantined for two weeks in Japan earlier this month.

And they are also aware of the possibility that their ships could be rerouted and never dock.

“What if something happens and my kids are without us for three weeks?” said Chris Ciciora, 30, an accountant from Chicago who had planned to leave his 4-month-old baby and 16-month-old toddler with their grandparents while he and his wife took a seven-night Caribbean cruise leaving from Fort Lauderdale next week.

Ciciora said the couple decided to cancel the cruise after the Centers for Disease Control and Prevention warned on Tuesday that the virus would inevitably spread.

“Nobody knows exactly how to treat this, what spreads it, how to contain it,” he said.

The Centers for Disease Control and Prevention recommends these seven tips to help prevent the spread of COVID-19.

Officials in the port of Ocho Rios, Jamaica, blocked Italian nationals from disembarking from the Carnival Corp.-owned Costa Luminosa ship on Friday, the company said in a news release.

A ship operated by Swiss-based cruise company MSC Cruises out of Miami was turned away by two Caribbean nations earlier this week after a crew member got ill, even after the ship released records showing he had a common flu. The MSC Meraviglia went instead to Mexico, where authorities delayed disembarkation until Friday because a young female passenger on the ship had developed flu symptoms.

Waiting aboard the ship in Cozumel, Mexico, on Thursday, passenger Dante DiPenta from Ottawa, Canada, said authorities around the Caribbean basin were being too jittery.

“It’s all about fear right now,” DiPenta said. “They fear their inability to handle these situations.”

Another cruise ship returning to the Dominican Republic after a 14-day tour was turned away Thursday because officials feared eight of those aboard, including two U.S. citizens, showed potential symptoms of the virus.

The Bahamas, one of the most popular cruise destinations, was not allowing passengers who had traveled to China in the past 20 days.

Cruise lines are also stepping up their own precautionary measures, barring passengers who've been to China in recent weeks — and in some cases those who've been to Iran, South Korea and the Italian regions of Lombardy and Veneto where virus cases have been reported.

South Florida's cruise industry is starting to be affected by coronavirus concerns after a ship that left Miami ran into trouble in the Caribbean due to a sick crewmember. NBC 6 anchor Carlos Suarez reports.

Royal Caribbean was turning away travelers who visited Iran, South Korea and the Italian regions.

Asia-based ships, meanwhile, have redeployed to Australia, Alaska and other destinations.

The Cruise Lines International Association, which represents about 90% of global cruise capacity, says eight of its 272 affiliated ships are in Asia. The association says Asia represents only 10% of its sailings while Europe and Mediterranean have about 28% of the market. The Caribbean has the largest share, at 32%.

Carnival has announced a search for a "best-in-class" company to disinfect its Diamond Princess ship where passengers were sickened off Japan. Disinfecting the ship will require cleaning every object and surface people touch with bleach and water, and decontaminating air systems, said Stephen Morse, an epidemiologist at Columbia University.

Stephanie Biege, a travel adviser for Florida-based Lotus Travel Concierge, said travelers scheduled to set sail soon have called to ask about what precautions cruise lines were taking, such as mandatory passenger health screenings and more rigorous sanitation measures. Royal Caribbean was denying any passengers with a fever or low blood-oxygen levels.

“Once they understand the procedures in place, they turn back to pure excitement,” Biege said.

Deanne Butchey discusses the financial impacts of coronavirus after a rough week on Wall Street.

Travelers boarding the Royal Caribbean's Brilliance on Thursday in Tampa, Florida, did not seem concerned. Some said the company had been emailing passengers for weeks, telling them that if they were sick they would get a refund.

Rita Carnero, of Orlando, Florida, said she was prepared if another passenger got sick.

Asked what she would do if the ship got quarantined, she simply shrugged.