Carnival's Holland America cruise ships, the Zaandam and Rotterdam, were approaching South Florida in international waters Thursday morning while federal and state officials wait on word whether they would be allowed to dock at Port Everglades.

Sources tell NBC News that a "deal is done" which would allow most passengers to get off the ships. The deal still needs the signatures of lawyers as required.

Both ships were listed on the Port Everglades schedule Thursday while details for the conditions of the passengers' arrival were still being finalized, said port spokeswoman Ellen Kennedy.

In an email sent Wednesday night, Holland America said it had received approval from a health system in Fort Lauderdale to treat fewer than 10 people “who need immediate critical care.” Some 45 other ill passengers will reportedly remain on board. Holland America has chartered planes for foreign nationals who will board specially sanitized buses to the waiting aircrafts.

What remains unclear is if the ships will come to shore or if passengers be brought to shore by emergency rescue transport. 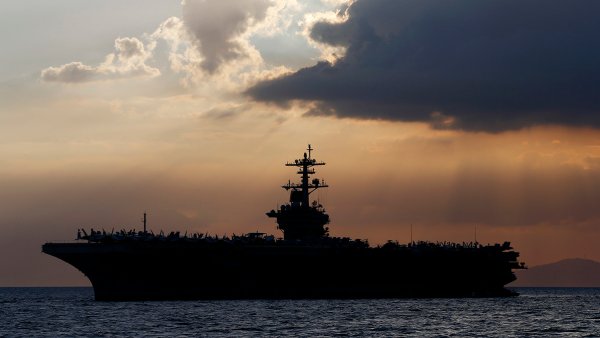 Sailors to Leave Virus-Stricken Warship After Plea From Navy Captain 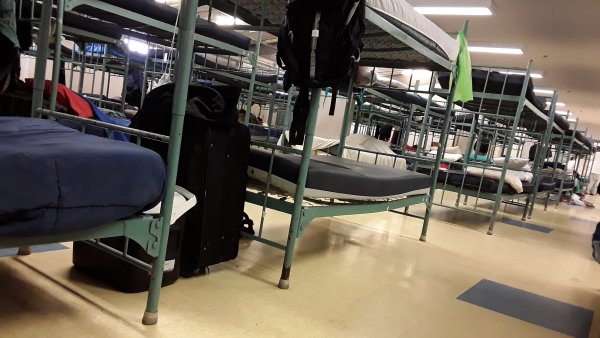 There will be no Broward County vote as had been expected. Instead, the Unified Command - which includes county commissioners, the Florida Department of Health, the Coast Guard, the Centers for Disease Control and Port Everglades -- is finalizing the deal.

Two of four deaths on the Zaandam have been blamed on COVID-19 and nine people have tested positive for the novel coronavirus, the company said.

There are 300 passengers onboard who are American residents. 52 of the Americans are from the state of Florida.

On board the Zaandam are Florida residents Juan Huergo and his wife Laura. On Facebook, she posted she hoped they would be able to go home and the ship be allowed to dock.

At a news conference Wednesday, Florida Gov. Ron DeSantis spoke about the Floridians on the ship.

"Clearly we're going to be willing to accept any Floridians who are on board," DeSantis said.

The governor again emphasized his view that the sick people on the ship could overwhelm Florida hospitals.

"My concern is simply that we have worked so hard to make sure we have adequate hospital space in the event of a COVID-19 surge, we wouldn't want those valuable beds to be taken because of the cruise ships," DeSantis said.

President Donald Trump suggested that DeSantis agreed to the plan after they spoke on Wednesday.

“You have people that are sick on those ships, and states don't want to take (them). They have enough problems right now,” Trump said at his evening news conference.

“But we have to help the people. They're -- they're in big trouble no matter where -- no matter where they're from. Happen to be Americans -- largely Americans. But whether they were or not -- I mean, they're dying. So we have to do something. … and the governor knows that, too.”

The vessel came from South America through the Panama Canal and was rounding the southern tip of Florida with a sister vessel, the Rotterdam.

Maritime legal expert Robert Gardana examined the plan put out by Port Everglades and said that keeping the ships off shore would protect Broward County residents.

"Typically what you would have occur is you would have to have the individuals treated on each of the ships and then repatriated to their crew, their country, or evacuated from the ship if they are in danger," Gardana said.

The Coast Guard Admiral’s message send to the Zaamdam and any cruise ship captain is that the medical supplies and facilities to handle the pandemic are being taxed and they should have their ships' medical teams on alert to handle the situation for what the Coast Guard clarified as an unknown period of time.

“All illnesses must be reported daily, a complete status, temperature, for any disembarking passengers before they get to U.S. Customs and Border Protection,” Gardana said.

While exactly how the Zaamdam and Rotterdam precisely will be handled wasn't known, Gardana believes the port has a good set of options.

"They have developed this plan, it's a concise plan that will essentially avoid the dumping of anywhere from 1,200 to 1,800 people into Broward County,” Gardana said.