The turmoil caused Broward County officials to issue a state of emergency and a curfew from 9 p.m. to 6 a.m.

The Fort Lauderdale police officer who was suspended after he was seen shoving a protester during the weekend's demonstrations over George Floyd's death has had over 70 reports of use of force, but none led to any findings that he violated department policy, according to documents obtained by NBC 6.

What began as a peaceful protest in Fort Lauderdale Sunday afternoon, slowly morphed into a tense face-off between police and demonstrators, causing Broward County to issue a state of emergency.

Hundreds of protesters had gathered at Huzienga Park in Fort Lauderdale at around 3 p.m., and peacefully marched throughout the city carrying signs and chanting.

More on the Protests 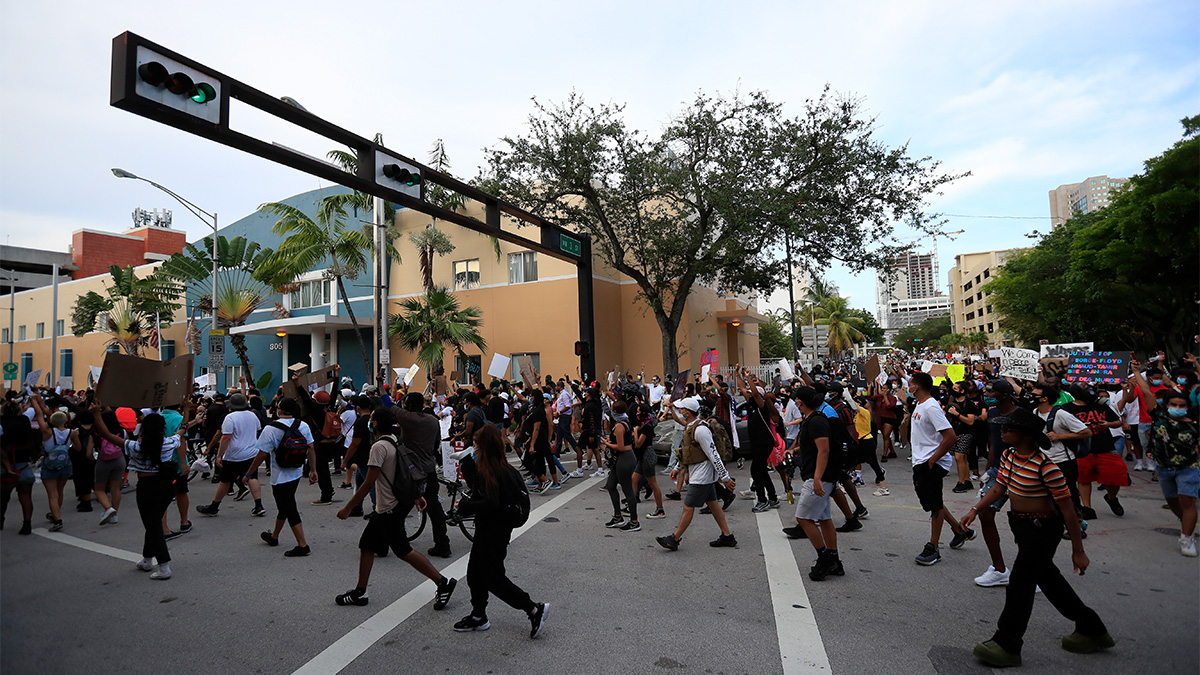 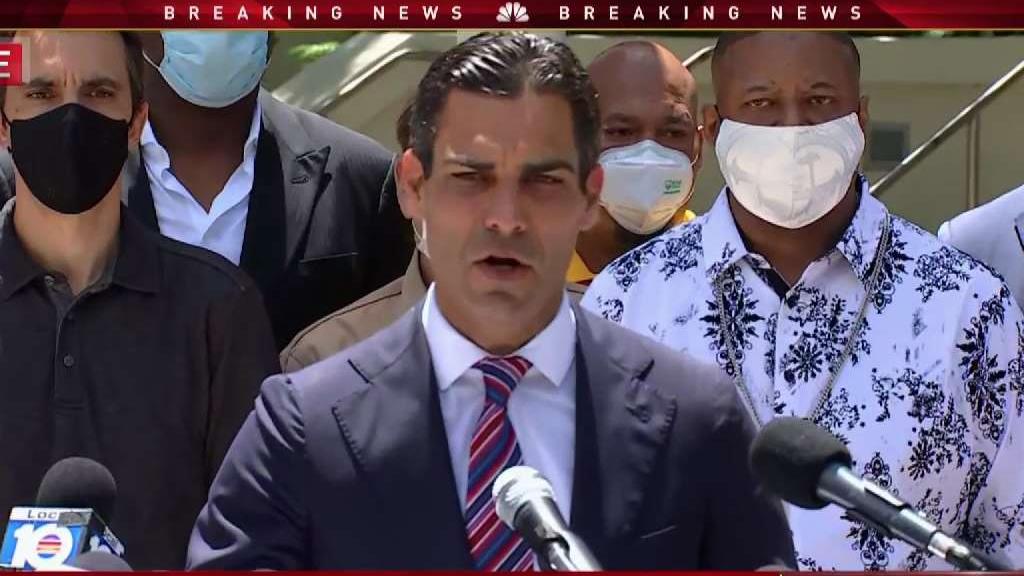 Tensions escalated when police began firing tear gas into crowds after the initial demonstration ended. Protesters were then seen throwing rocks and bottles at officers.

The chaos carried over to Las Olas Boulevard, where windows at several businesses were smashed by demonstrators.

Rodney Ely, who owns a downtown Fort Lauderdale eatery, said he watched demonstrators hurl chunks of concrete through his front windows from inside his restaurant Sunday night.

"I worked for two months every day to re-position ourselves so that we could open in a new dynamic and for this to happen, it’s disturbing," Ely said. "It’s horrifically scary because you’re facing a crowd of you know, 30 people, who are not looking out for your best interest by any means at that time, you know, they’re worked up, they’re emotional, and you don’t know what they’re gonna do to you."

Video has circulated of a Fort Lauderdale officer shoving a protestor moments before tensions escalated.

Fort Lauderdale Mayor Dean Trantalis said the chain of events that caused the face-off between police and protesters was instigated by "agitators" uninvolved with the original protest.

However, video later circulated of a Fort Lauderdale officer shoving a protestor moments before things escalated.

In the video, the officer, identified as Steven Pohorence, is seen yelling and approaching protesters, ordering them to get back. The demonstrators then surround the officer and kneel with their hands up, before Pohorence shoves a kneeling woman to the ground.

At a news conference Monday, Fort Lauderdale Police Chief Rick Maglione said just before the incident, a female officer had been in her police car when the windows were broken out and the car was jumped on.

Trantalis said the officer in the video was suspended, and a full investigation will be conducted. Maglione said Pohorence has been with the department since October 2016 and previously worked for the Florida Highway Patrol.

"There’s gonna be a complete investigation. If it’s turned out that he acted inappropriately, then we will have swift discipline in response to what he did," Trantalis said.

"He needs to be off of the force. He needs not to deal with anyone in public," said Danielle Casey, whose 19-year-old daughter was the protester Pohorence shoved.

Maglione commended Officer Krystle Smith, who pushed Poherence away from the woman.

“She did what you are supposed to do: When you see either adrenaline or emotion or some kind of interaction going south ... that is our job to do, is intervene,” he said.

Maglione said two arrests were made at a business that had been breached, with one arrest for theft and the other for an outstanding warrant.

Cities all across the country have been thrown into disarray by nationwide protests, as years of festering frustrations over the mistreatment of Black people at the hands of police boiled over in expressions of rage met with tear gas and rubber bullets.