Note: Some footage in the video above and details in this story may be disturbing to some readers.

Police have arrested a suspect who they say randomly shot and killed a dog at a Davie veterinarian clinic.

The shooting happened at 6:45 a.m. Friday at Aycock Veterinarian Clinic on Stirling Road, according to the Davie Police Department.

Chayse Billie, 21, was arrested and charged with felony aggravated animal cruelty, Davie Police said Tuesday evening. He was located with the help of the Seminole Police Department.

Police said the suspect approached the kennel on the south side of the vet's office and shot a boarded female dog multiple times.

Surveillance cameras captured him walking up to a fence, appearing to kick it, and then taking pictures.

He then pulled out a gun and shot the dog, before he took even more photos.

Police released surveillance images Tuesday of a suspect who they say shot and killed a dog at a Davie veterinarian clinic. NBC 6's Marissa Bagg reports

Daniel Perez, an Army reservist, adopted his dog Matilda seven years ago. She helped him with his anxiety and depression after he served in Iraq and Afghanistan.

"She knew when I was down, depressed," he said. "She forced me to pet her, and by doing that, I would calm down, relax, and think of something else."

Perez would drop Matilda off at the clinic an hour before it opened so he could get to work on time. When it would open, the employees would bring her in.

He's now confused and upset as to why someone would target his dog.

Davie Police found the Lab Pointer mix dead with three bullets in her.

“Not knowing where he would be or his whereabouts, we were concerned that he was going to come back and do something worse," said Dr. Javier Borrero, the owner of Aycock Veterinary Clinic.

Billie was booked into the Broward County jail, before appearing in bond court on Wednesday. 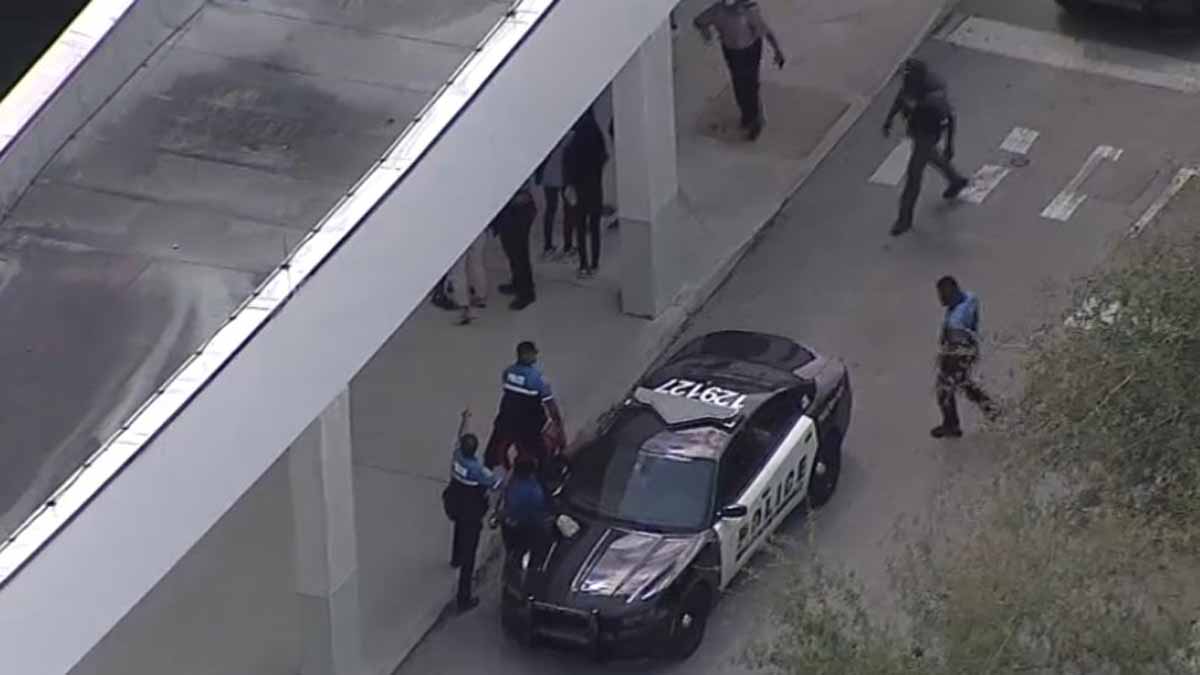