The structure was demolished at about 10:30 p.m. and rescuers were given the all-clear before 11:30 p.m. to resume their search

Rescuers have resumed their search after the remaining portion of the Champlain Towers South condo building in Surfside was demolished Sunday night.

It wasn't long before cranes were again in motion at the site. Miami-Dade Mayor Daniella Levine Cava said in a Monday morning interview on NBC’s “Today” that crews were back searching the rubble before midnight.

The structure came down at about 10:30 p.m., and before 11:30 p.m., rescuers were given an all-clear to resume their search, according to Levine Cava. Officials had given a window of the demolition occurring between 10 p.m. and 3 a.m. Monday.

"It went absolutely perfectly. We are so, so grateful that we can get this building down and move on with our search efforts," the mayor said. "It's made it possible for the team to go out. I just came from the briefing session, they're going out."

Demolition specialists finished boring holes and began laying explosives in them Sunday afternoon as they prepared to bring down the precarious building.

NBC 6's Willard Shepard is in Surfside where he goes through the logistics of the demolition before and after.

The demolition preparations forced the suspension of the search-and-rescue mission Saturday afternoon, but officials said it should eventually open up new areas for rescue teams to explore. No one has been rescued alive since the first hours after the June 24 collapse.

At a news conference Sunday evening, Levine Cava said a "Shelter in Place Zone" for residents to stay indoors was established between 86th Street and 89th Street and Abbott Avenue and the shoreline. Residents should remain indoors until at least 12:30 a.m. Monday.

After speaking to residents concerned about their pets, Levine Cava also said that search operations have led officials to believe that no more live pets are still in the building.

The building's remnants will now be removed immediately with the intent of giving rescuers access for the first time to parts of the garage area that are a focus of interest, officials said. That could give a clearer picture of voids that may exist in the rubble and could possibly harbor survivors.

Energetic felling is a type of explosives demolition that is used to bring down structures in place and keep the collapse to a confined area, Levine Cava said.

The debris, dust, vibration and noise is reduced to a few seconds during the implosion and is less disruptive than other demolition methods.

State officials said they hired the BG Group, a general contractor based in Delray, to lead the demolition. They did not immediately respond to an inquiry about how the firm was selected, but a contract for the projects calls for the state to pay the company $935,000.

A spokesperson for the state’s Division of Emergency Management said the company is subcontracting with Maryland-based Controlled Demolition Inc., which experts say is among only a handful of companies in the U.S. that demolishes structures using explosives. 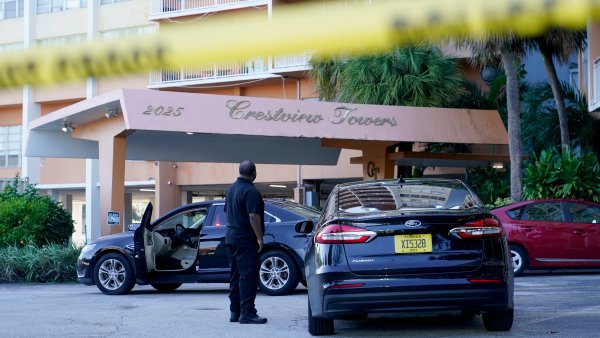 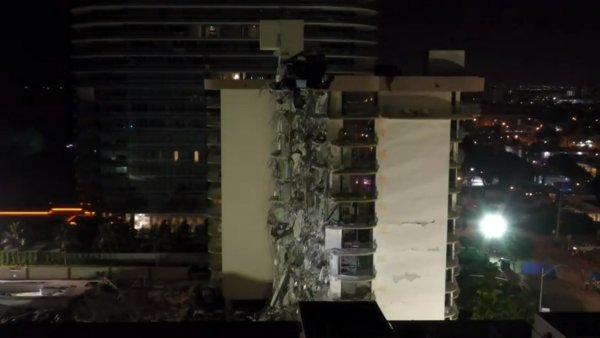 Some families previously asked if they would be able to return to the building to retrieve personal belongings before the demolition, but officials said they were not be allowed.

Levine Cava said that rescue teams are using a unique system for cataloging the personal items found in the rubble of the collapse.

Two more bodies were found at the site Saturday, bringing the death toll to 24, 121 remain unaccounted for.

Officials are also keeping watch on the impacts of Tropical Storm Elsa as they prepare for demolition.

While the storm path remains uncertain, forecasters do not expect direct impacts from Elsa but the collapse site could be affected by outer bands of rain and wind.

Miami-Dade was taken out of Elsa's cone of concern path on Saturday.

Miami-Dade Fire Rescue announced that in preparation for the storm, task force units from Florida were sent home, but that teams from other states had arrived to assists in the efforts.

Cava Levine praised the work of first responders and all who have come together to help with the efforts in the days following the collapse.

"This July 4th, we're reminded that patriotism isn't just about loyalty to country, it's about loyalty to one another, to our communities, to those in need whose names or stories we may not know ever, but to whom we are connected by compassion and by resilience, we have seen more than ever how at the end of the day, we really have each other," Levine Cava said.