DeSantis Admonishes Students Over Masks, Igniting Reaction From All Corners

The CDC still recommends indoor masking in areas of high COVID transmission, including Hillsborough County, where the incident happened.

It’s all about perception. Gov. Ron DeSantis is being hailed by some and called a bully by others after an incident in Tampa on Wednesday.

DeSantis was about to speak indoors at the University of South Florida. A group of masked-up high school students was arrayed behind the podium, and the governor, appearing annoyed, admonished them to take off their masks.

“You do not have to wear those masks,” DeSantis said, his remarks caught on video. “I mean, please take them off, honestly, it’s not doing anything, and we gotta stop with this COVID theatre. So if you want to wear it, fine, but this is ridiculous.”

Florida Gov. Ron DeSantis scolded students for wearing masks during a visit to the University of South Florida, calling it, “COVID theater.”

Reactions to that video came fast and furious, with the parents of two of those kids reminding the governor he’s been saying for months that parents should decide whether or not their kids mask up at school.

“I’m responsible for him, and I told him to wear that mask,” said Dawn Marshall, standing next to her son, Eric, who took off his mask after DeSantis pointed his finger directly at him.

“He made that choice and the governor has no right to tell no kid or no one if they can or can’t wear a mask,” said Kevin Brown, standing next to his son, who did not take off his mask and was escorted away from the podium area. 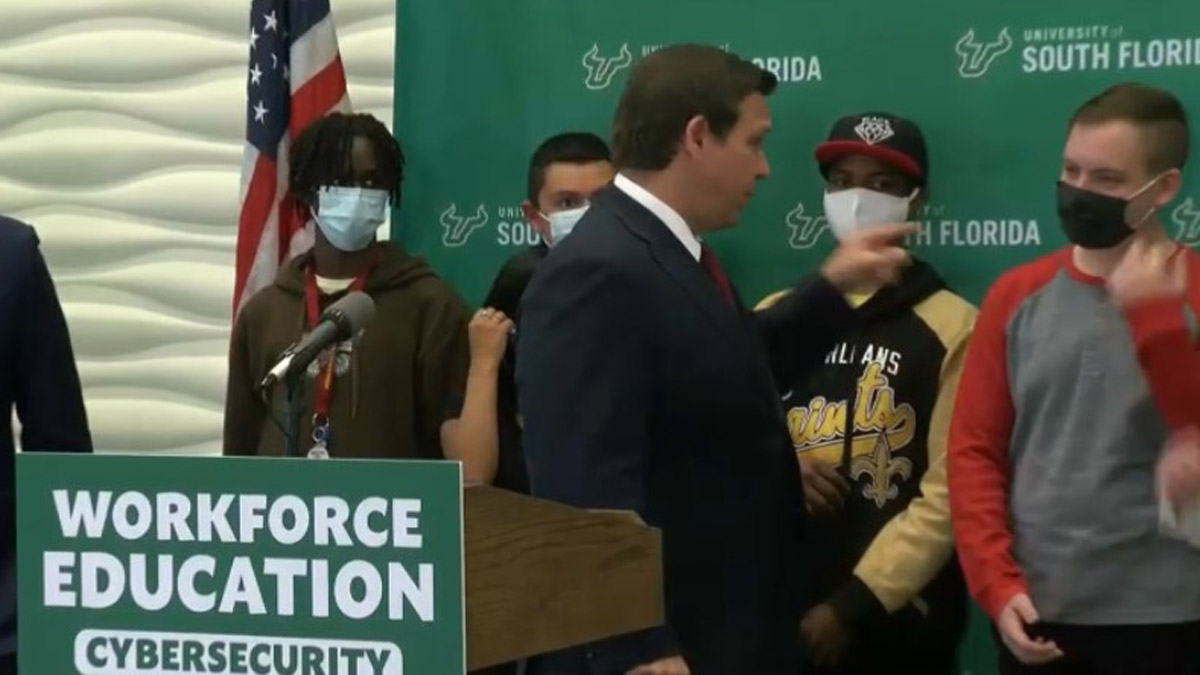 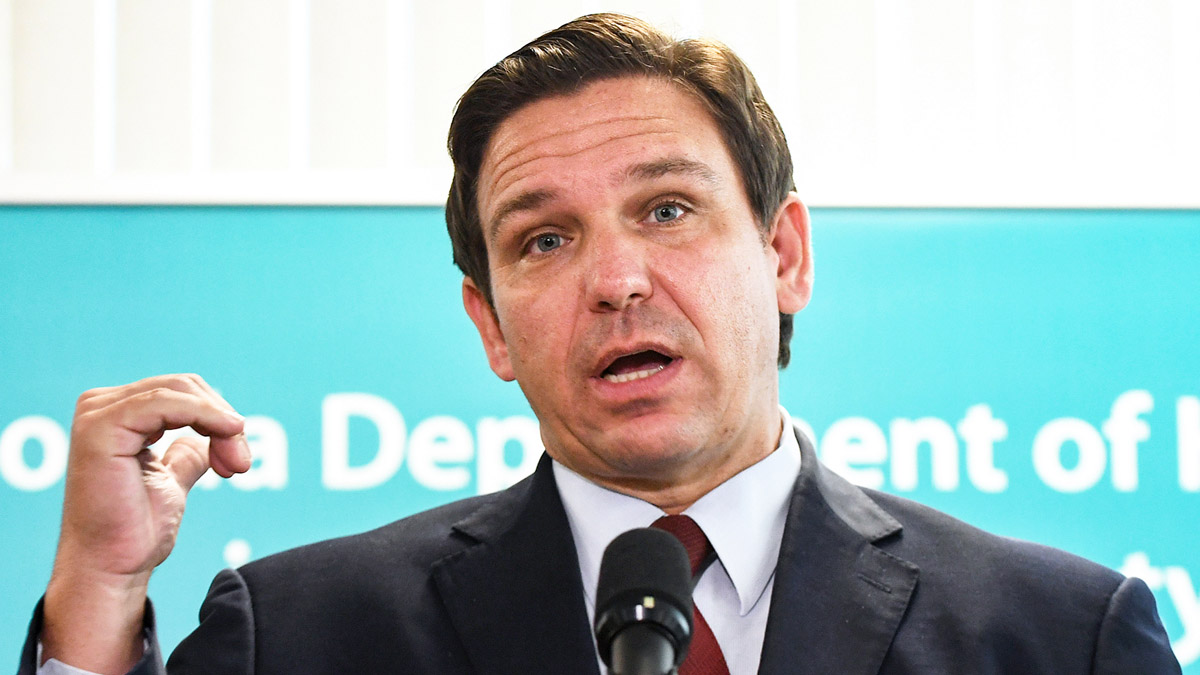 Clearly, COVID-19 case numbers are way down all around the state, so what about the "COVID theatre” remark, in which DeSantis said masks are useless?

“That is not true, there are some studies that do show that masking helps decrease the spread of COVID,” said pediatrician Dr. Thresia Gambon, the Vice President of the Florida chapter of the American Academy of Pediatrics.

She points out the Centers for Disease Control and Prevention still recommends indoor masking in areas of high COVID transmission, including Hillsborough County, where the incident happened.

I asked Dr. Gambon if there was a scientific basis to show that masks can prevent the spread of COVID.

“Yes, there is studies that have been done that show that in areas that use masks there’s less risk of infection,” Gambon said.

Meanwhile, DeSantis is fundraising off the video, and his campaign put out its own video bragging about his stance.

“And fundraising is a way, another way of energizing your base,” said Charles Zelden, political science professor at Nova Southeastern University.

Zelden says what some see as intimidating kids is seen by DeSantis supporters as telling it like it is.

Zelden says the political environment is so polarized, the days of politicians seeking votes from the middle of the spectrum are over, it’s all about appealing to the base. That also explains, he says, the governor’s support for controversial, hot-button, culture war bills moving through the legislature.

It’s all about the base.