The Florida National Guard activated a task force to assist in fighting the spread of coronavirus in Broward County Sunday, a day after Gov. Ron DeSantis said there was evidence of "community spread" for some cases of the novel coronavirus in South Florida.

During a press conference on Sunday evening, the governor said National Guardsmen would be working with Memorial Hospital Healthcare to create drive thru testing for the virus in Broward.

DeSantis also mentioned a conversation he had with Fort Lauderdale and Miami Beach mayors on how to curb the spread of COVID-19 amongst spring breakers.

Earlier on Sunday, both mayors announced new beach closures and restrictions on bars and restaurants.

On Saturday, DeSantis said the evidence of community spread was linked to three separate cases in Broward County.

"We're still going forward as if there are pockets in the community because I think that it is the only responsible thing to do when you have a virus that is highly contagious,” DeSantis said. 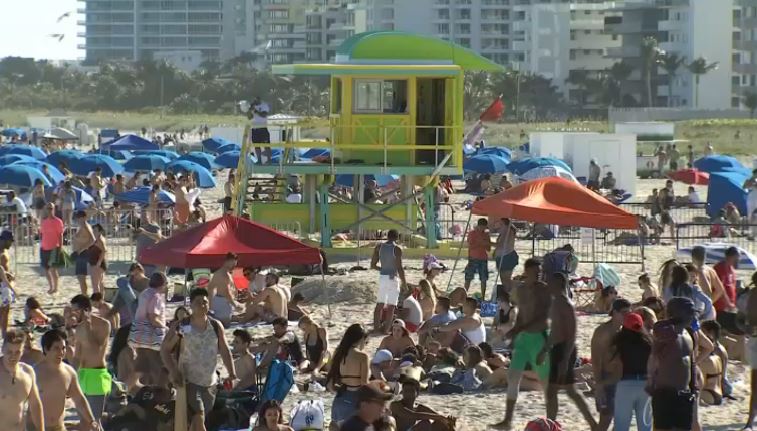 Broward is responsible for a third of Florida cases, with 36 confirmed. Miami-Dade had 13 cases as of Sunday morning.

The numbers could be growing everyday, as the governor hinted at results being released at a slower pace with commercial testing underway. Cases will be reported to Florida's department of health, but those results could go public before the state is made aware.

On Friday, the governor said he would activate the National Guard to help with a massive ramp-up in testing for the new coronavirus. The state was purchasing kits that allow for testing up to 625,000 people to get a better handle on where people were infected. About 40% of the kits have already been obtained.

DeSantis also mentioned domestic travel as a cause for many Florida cases. He said quite a few cases were related to New York, and made mention of flights between New York and Fort Lauderdale.

While it’s important to stay informed, it’s also vital to find ways to ease the anxiety while keeping up with updates on the coronavirus. NBC 6’s Nathalia Ortiz spoke to local therapists.

The governor even went so far as to ask the White House to consider domestic flights from areas with a high number of confirmed cases when speaking about travel restrictions.

Earlier in the week, DeSantis suspended all visitations to nursing homes in Broward County.

The suspension has made some changes to Florida's upcoming primary election.

Florida's Secretary of State, Laurel Lee, announced some voting locations located near nursing homes have been changed in response to the spread of the virus.