Florida's rate of vaccine administration versus distribution mirrors the national figure, also at around 53%.

Florida Gov. Ron DeSantis says the flow of COVID-19 vaccines has been stagnant and the state needs more to meet the increasing demand from residents.

In a news conference at a nursing home in Jacksonville, DeSantis said officials in Washington said the state would start to see its supply increase around this time, but that hasn’t happened.

"We are at the mercy of what the federal government sends us, and right now we are able to go through it quicker than what we are receiving," DeSantis said. 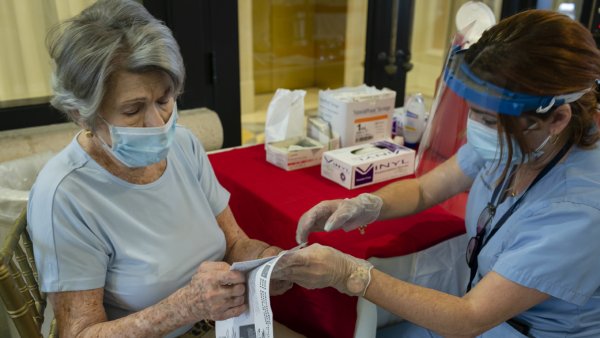 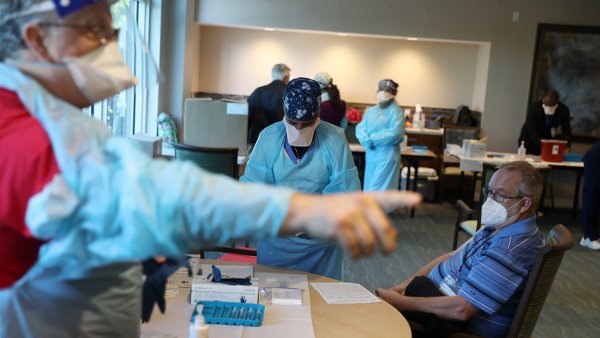 At a White House briefing, press secretary Jen Psaki pushed back against DeSantis' comments criticizing the federal government, saying Florida has only administered about half of the vaccines it has been given.

Data by the Centers for Disease Control and Prevention shows 53% of the doses the state has been supplied so far has been administered. But there can be a lag in the federal data, as health care providers report doses up to 72 hours after they have been administered.

Florida's rate of vaccine administration versus distribution mirrors the national figure, also at around 53%. It's higher than California's 45%, but lower than New York's 57%, according to the CDC.

DeSantis said residents should call their congressional representatives and senators to put pressure on Washington.

Last week, the governor said the state doesn’t need FEMA sites to distribute vaccines, saying it already has the infrastructure set up, with hospitals, pharmacies and some of the major drive-thru testing sites.

Some in Florida have grown frustrated with online platforms that crash or run out of appointments and phone lines that ring unanswered or have no availability. Hospitals have been forced to cancel appointments because of limited supply.

“The sole focus for the federal government should be increasing the number of doses available for the states,” he said. “Our capacity far outstrips what we are being given by the feds. They are in control.”

Meanwhile, the COVID-19 hospitalizations have been declining over the past two weeks. On Monday morning, there were 6,874 coronavirus patients in the state, according to an online bed census run by the state government.