“This was a horrible accident and I offer my sincere regrets to all those who were impacted by this tragic event," the driver said in a statement.

Police have identified the victims of the deadly crash of the Wilton Manors Pride parade as the driver behind the wheel apologized for what officials called a tragic accident over the weekend.

What was supposed to be a celebration of life in this tight-knit South Florida gay community quickly turned into terror Saturday night, as gleeful cheers were drowned by the sounds of sirens and crying children.

The 77-year-old driver of the pickup, Fred Johnson Jr., a member of the Fort Lauderdale Gay Men’s Chorus, suddenly accelerated forward as the parade was about to begin, killing a fellow chorister and injuring another in what the chorus director, city officials and Wilton Manors police said was a tragic accident. 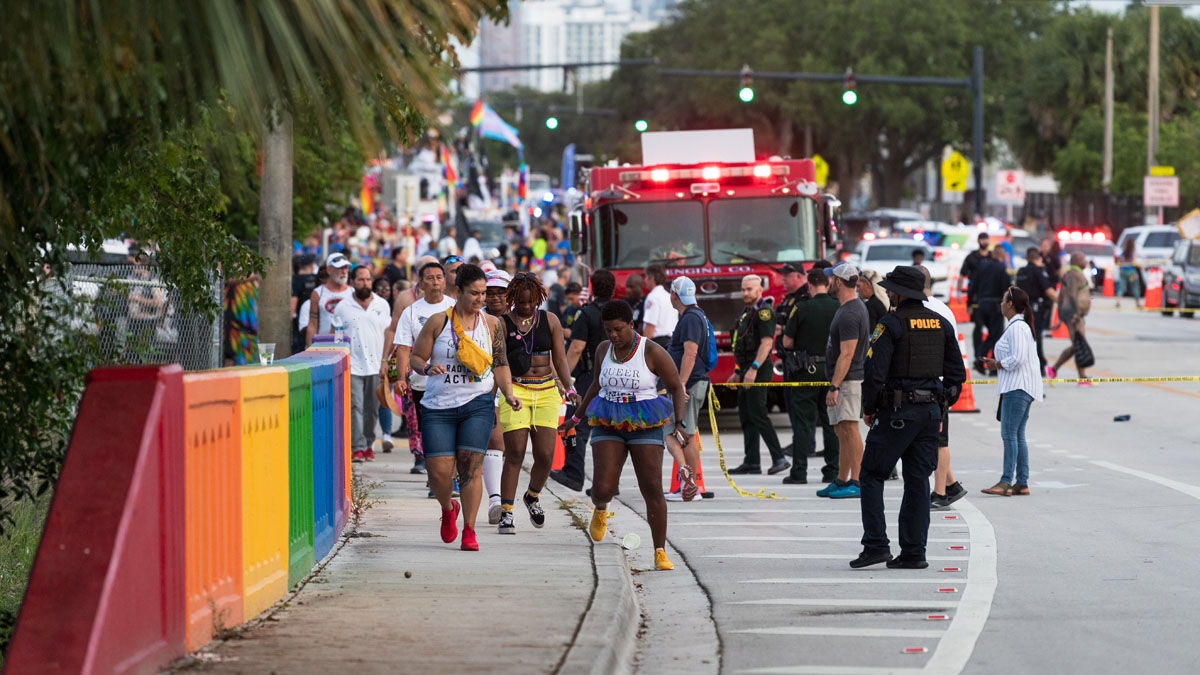 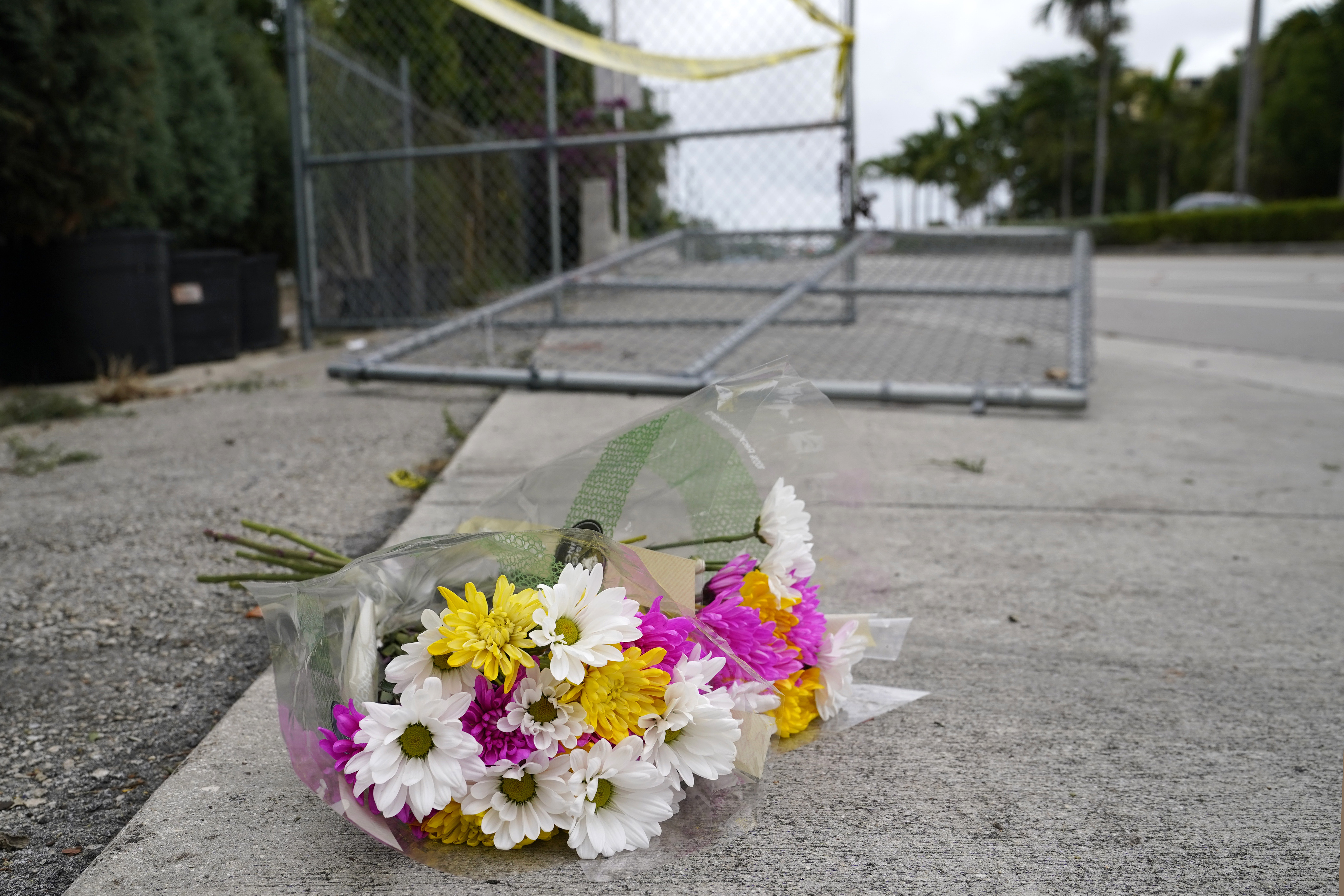 "It is with much regret that we confirm that Chorus member Jim Fahy was killed in the tragic accident which happened during the start of the Stonewall Pride Parade. He was a longtime, valued member of our Chorus family and he will be deeply missed. We wish a speedy recovery for Chorus member Jerry Vroegh who was injured at the accident.  We thank everyone for their concern, compassion and support," the Fort Lauderdale Gay Men's Chorus said in a statement.

“This was a horrible accident and I offer my sincere regrets to all those who were impacted by this tragic event. I love my Chorus family and the community and would never do anything to intentionally harm anyone. Please know that I hold my fellow Chorus member, Jim Fahy, in my heart forever and offer my condolences to his friends and family," Johnson said in his own statement.

Fort Lauderdale police said the driver was cooperating with the investigation and there was no evidence drugs or alcohol was involved. No arrests have been made and friends said the driver and members of the 25-person ensemble are heartbroken by the loss.

Police have identified the victims and the driver behind the wheel of the deadly crash at a Pride parade in Wilton Manors over the weekend. NBC 6's Laura Rodriguez and Steve Litz report

Michael Albetta has participated in the parade for years and was readying to walk the route alongside U.S. Congressman Ted Deutch in his role as regional director for the Florida LGBTQ+ Democratic Caucus. The two were queuing up as the parade was about to begin when he heard the truck’s engine revving.

“You hear the engine roaring and galloping with more speed. All of a sudden you heard ‘thump, thump, thump,’ and those were the bodies he was hitting and he just crashed right through the nursery,” a shaken Albetta said in an interview Monday.

Albetta said the driver narrowly missed U.S. Rep. Debbie Wasserman Schultz's vehicle, somehow jumped the curb and came straight down on the victims, before careening into a fence on the opposite side of the road.

In the initial aftermath, parade participants and witnesses didn't know want to think. A visibly shaken Fort Lauderdale Mayor Dean Trantalis said it was a terrorist act on the gay community. On Sunday, he said he was traumatized by what he witnessed and clarified it was an accident.

The parade route turned into pandemonium as participants and witnesses pieced together what had happened. Parade-goers waiting at the end of the route heard the commotion and were frantically calling friends near the accident at the front of the route asking if they should flee.

A heavy police presence already secured the parade route, so there was an immediate onslaught of blaring sirens and flashing lights.

“Children saw this, and they were in shock and they started crying because they saw people on the ground with the blood coming out. It was horrible,” said Albetta, who said the 7- and 10-year-old children with his group were so traumatized their parents immediately took them home.

“To see human life being taken out was just awful,” he said.

Fort Lauderdale police said they are conducting a thorough investigation with the FBI, noting in a statement they are “considering and evaluating all possibilities.”

But the Fort Lauderdale mayor, the Wilton Manors police chief and vice mayor, and the chorus director stressed that it was an accident.

A spokesman for the chorus said the director did not want to give interviews, adding that many members of the small group witnessed the fatal crash and were deeply shaken.

“As the Chorus family mourns together, we thank the community for their love and understanding,” according to a statement on the group's website, which referred to it as an “unfortunate accident.”

Wilton Manors is a tight-knit community near Fort Lauderdale with a vibrant downtown filled with shops, where people line up for Rosie’s famous hamburgers or to gossip and drink at Georgie’s Alibi Monkey Bar.

June is Pride Month, commemorating a June 1969 uprising that followed a police raid targeting gay patrons at the Stonewall Inn in New York. It was a catalyst for the gay rights movement.