Police are searching for a hit-and-run driver who killed a bicycle rider in Hallandale Beach and fled the scene.

The incident happened just after 4 a.m. Saturday in the 100 block of South Federal Highway.

Hallandale Beach Police officials said 37-year-old Wilson Alejandro Seaman was on his bicycle heading south on the roadway when he was struck by a vehicle, possibly a white sedan or small SUV.

Seaman was killed by the impact. 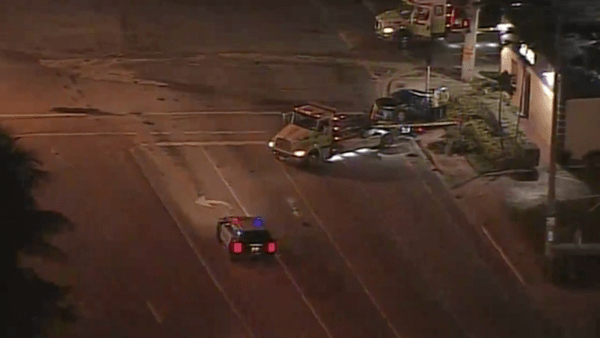 The vehicle fled the scene southbound, and likely has front-end damage, police said.

Officials on Tuesday released surveillance footage of the incident.