School districts have been busy formulating reopening plans, surveying parents on their preferences and pinning down details of safety measures.

Florida Republican Gov. Ron DeSantis strongly emphasized the need to reopen schools in a rare address Wednesday, saying that keeping them closed will lead to depression, social isolation and a higher dropout rate, but acknowledged that parents should be able to keep children at home if they fear the coronavirus.

In an address made on a state-run television channel with no other media present, DeSantis made it clear he thinks it's best for children to return to schools, but recognized there are concerns about reopening them. He said that if school districts want to delay opening, or allow teachers to work remotely, they should be allowed to do so.

Earlier the state had ordered schools to open their brick-and-mortar classrooms, with remote learning options for parents who want it. It was not immediately clear how a classroom would operate with a teacher who is working from home, though a school presumably could use some kind of videoconferencing.

“Why force someone to be in the classroom if they are uncomfortable doing so? Let's just find a way to make do,” DeSantis said. “And if a school district needs to delay the school year for a few weeks so that everything will be in good shape, have at it.” 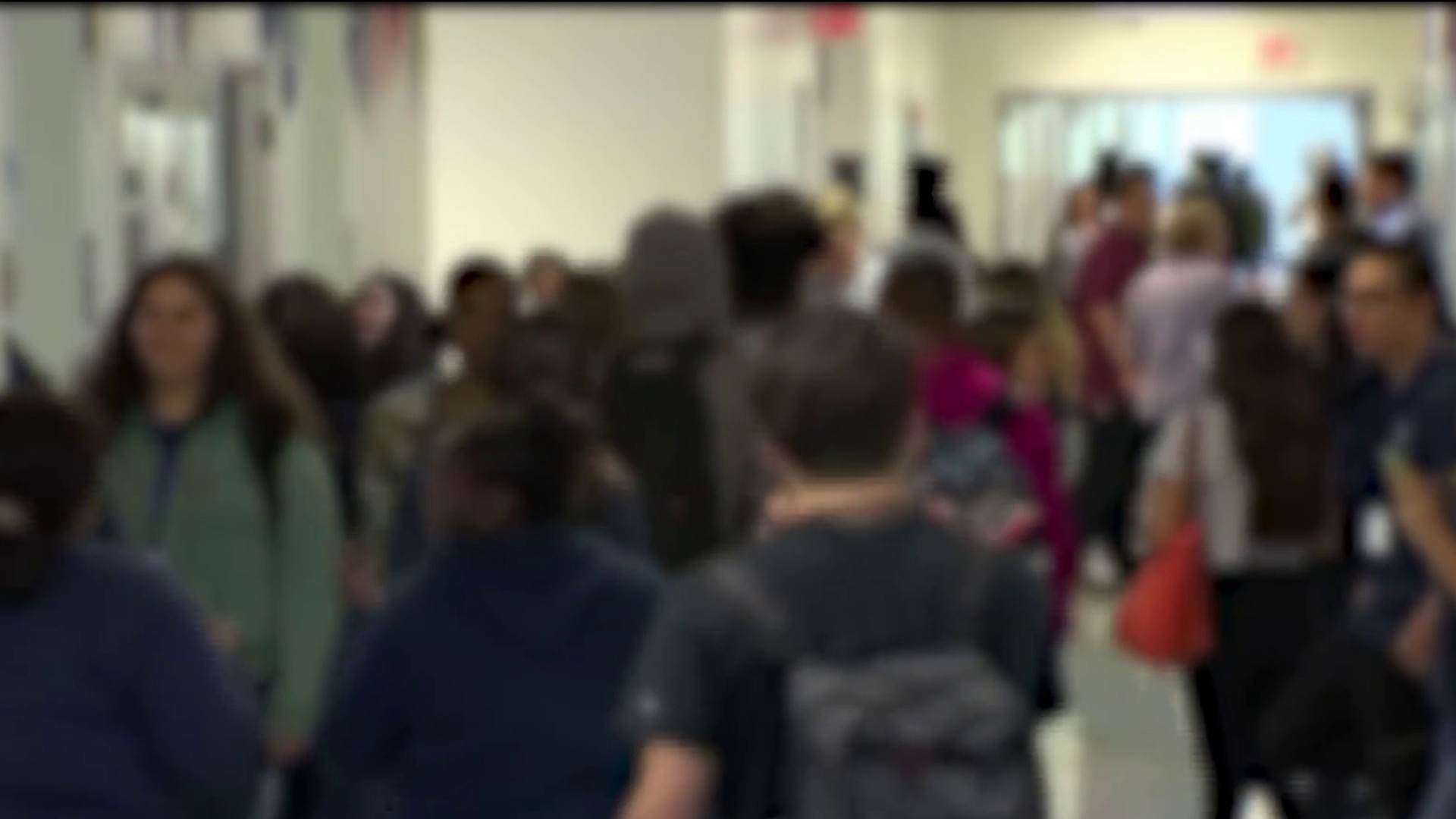 A Florida teachers union has filed a lawsuit against the state to block what they have called the “reckless and unsafe reopening" of public school campuses for face-to-face instruction. The Florida Education Association argues that reopening this fall would endanger both students and school staff.

School districts have been busy formulating reopening plans, surveying parents on their preferences and pinning down details of safety measures.

It was a far different message from Broward County Superintendent Robert Runcie. It’s already been decided there that the school year will start August 19 with 100% e-learning. Runcie said the infection rate is still too high for in-person school.

“I assure you that we will be nimble in our ability to shift to one of the other learning models when COVID-19 cases and the infection rate have lowered to what our health officials have considered to be a safe level,” Runcie said.

In Miami-Dade, educators rallied for a similar decision in their district, pushing for their schools to remain closed for now and to continue with distance learning.

Reopening readiness was the main topic during a meeting at the Miami-Dade County School Board with the CDC and FEMA representatives along with Lt. Gov. Jeanette Nunez.

“I believe one of the important elements is a full recognition that Miami-Dade is in a unique position compared to the rest of the the state,” said Superintendent Alberto Carvalho after the meeting, calling it productive.

Carvalho said they offered support for moving forward. And number one on his list is more testing and faster results for effective contact tracing.

“Our first day of schooling is still projected to be August 24," he said. "And we may take advantage of certain flexibility afforded by the state and maybe push it back somewhat.”

Carvalho said he plans to make an announcement about the districts reopening plans sometime between July 29 and August 3.

As we inch closer to August, the debate on whether to re-open schools is heating up. Now, local members of Congress are speaking out, some insisting school should stay closed. NBC 6's Steve Litz reports.

DeSantis said keeping schools closed would make students suffer anxiety, prevent them from participating in sports and disproportionately affect lower income families. But he said he recognizes the fear of some parents.

“No parent should be required to send their child to in-person instruction if they don’t want to,” he said.

The address came as Florida recorded more than 100 new coronavirus deaths for the seventh time in two weeks, giving it the nation’s highest daily average for fatalities for the past week.

Meanwhile, a university study showed Floridians dramatically cut their social interactions in March when the pandemic hit the state, but by June their contacts returned to close to normal, just before cases and deaths began spiking.

The University of West Florida study using cellphone locations showed Floridians cut their social interactions by two-thirds between early March when the state’s first coronavirus cases were reported and March 21, the day after the state ordered a ban on indoor dining at restaurants but before a broader statewide economic lockdown was enacted.

The study, which has not yet been peer reviewed, tracked cellphone locations for adults who agreed to have that information recorded and covers about 5% of the U.S. population.

Interactions remained well below pre-pandemic levels for about two months as the state closed and then slowly reopened sectors of its economy. During that period, Florida's rate of new cases flattened and its daily average death toll dropped from 60 to 30.

By late May, contacts returned to a level allowing significant spread and were back to near-normal in June, the study showed. That occurred even though many people were still working from home, schools were closed and restaurants were limited to 50% indoor capacity. During June, the state’s daily average of confirmed infections went up tenfold, five times faster than testing.

The number of interactions have dipped in July as skyrocketing death tolls made headlines, the study showed, but are still well above March and April.

West Florida computer science professor Ashok Srinivasan, who led the study, said its goal was to determine whether government mandates are needed to prevent social interactions during a pandemic or whether people will distance themselves on their own. He said neither appears to be fully true.

“Our results show that Floridians decreased social contacts before the lockdown, which supports the commonsense school,” Srinivasan said. “On the other hand, they did not maintain it long enough to avoid epidemic spread. Government mandates did not appear to help, either.”

The state health department reported 140 more deaths Wednesday, bringing Florida's weekly average to 118 a day, equal with Texas for the worst current seven-day average in the nation. Texas has about a third more people than Florida. One of the deaths reported Wednesday was a 9-year-old girl in rural north Florida.

A month ago, Florida was averaging 33 deaths a day before the daily totals began creeping up and then spiking dramatically the past two weeks. Since March 1, 5,459 people have died in Florida from COVID-19.

The state reported that 9,518 people were hospitalized Wednesday with COVID-19, about a 1% increase from Tuesday.