Everyone knows there are no traditional high school graduation ceremonies this year. They’ve all been canceled, casualties of the pandemic. So what is an observer to make of the activities today at Pembroke Pines Charter High School?

We witnessed high school graduates in their caps and gowns walking across the auditorium’s stage, with Pomp and Circumstance playing on the speakers.

“We decided to do a virtual graduation as many schools have but we knew that there was something really tangible about walking across the stage,” said Peter Bayer, the school’s principal. 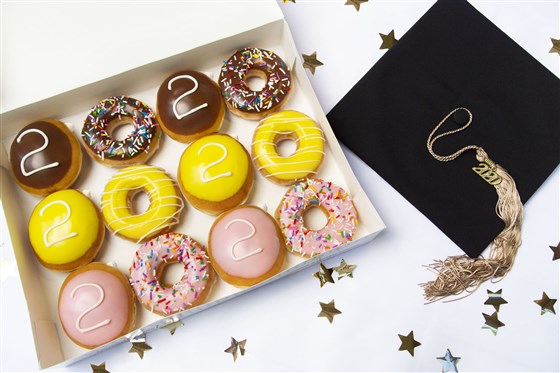 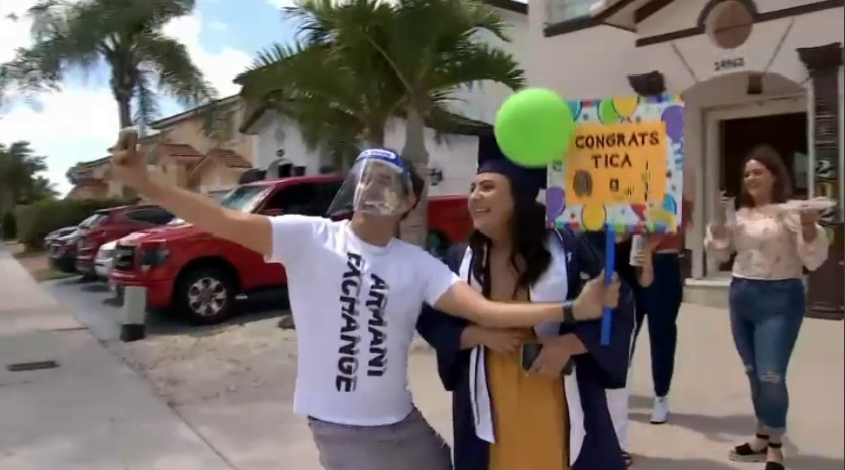 So they came up with a plan which had to be approved by the City of Pembroke Pines, which operates the school: seniors who wanted to would come to the school at an appointed time, they would line up ten feet apart on marks outside, there would be no physical contact or socializing allowed, and they would walk to the auditorium one at a time.

A photographer inside shoots video of each student, and everything will be edited together later into a comprehensive video graduation ceremony.

No families were allowed at today’s pseudo ceremony.

“Because we didn’t want to compromise anybody or put anybody in a situation where they might be violating some distancing rules or exposing people to things they don’t need to be exposed to,” Bayer explained.

One of the traditions here is that seniors take one of their uniform shirts, dip them in the campus fountain and then toss them into a tree on the last day of school. They’ve managed to keep that tradition alive by doing it today.

In a normal year, the kids would be hurling their shirts together instead of doing it solo, it’s a joyous scene that could not be fully replicated.

The class of 2020 has had a lot of obstacles flung into their path, so they’re adjusting to this suboptimal situation.

“Its very overwhelming but I’m excited that the school is giving us the opportunity to walk the stage,” said Aryiel Bryant, one of the graduates who’s took part in today’s events.

“Well I would’ve liked a real ceremony, I feel like this is really important to still give students the satisfaction that they’ve had for like, coming this far,” added classmate Brianna Butler.

“Honestly, it’s surreal, I just can’t believe it’s happening but I’m blessed and happy that at least we have this opportunity to put on our cap and gown,” said fellow graduate Nicole Canon.

After they walk the stage, the school has parting gifts lined up. The kids have their pictures taken, they get yard signs on the way out, and their yearbooks as well.

It’s something positive, a way to capture this unprecedented time. Lifetime memories were made today.

“Everyone’s getting something, you know it’s not the whole thing that we wish for but at the end of the day we’re blessed to be here and we’re getting a ceremony,” said graduate Gary Bleus.

There might even be a silver lining to doing graduation this way, with all the families watching it in a couple of weeks on video.

“I’m hoping at the end of the day they may feel like some aspects were better, they didn’t have to fight for a seat, they didn’t get stuck in the nosebleeds and couldn’t see their kid when they crossed the stage,” Bayer said.