‘Everybody Loved Him': Man From North Miami Dies of Coronavirus

Israel Carrera, 40, is the first person to die of COVID-19 in Miami-Dade County.

A man from North Miami was tested positive for the novel coronavirus on Sunday. Days later, on Thursday, he passed away.

Israel Carrera, 40, is the first person to die of COVID-19 in Miami-Dade County.

Carrera's boyfriend, Franco Conquista, told NBC 6 on Friday that Carrera was a hard worker who put in 13-hour days to support his family. 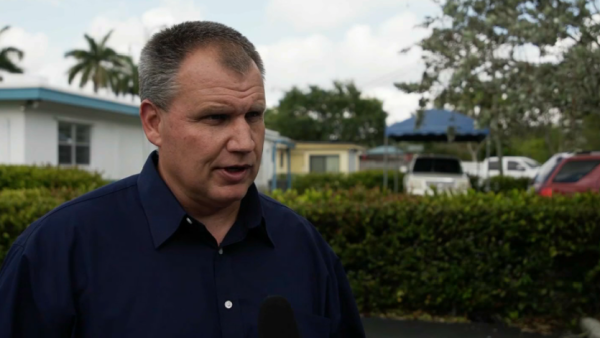 After attending the Winter Party Music Festival earlier this month, Conquista says Carrera came down with a horrible cough and couldn't breathe.

"It started with fever, and then very quickly he was having problems with breathing," Conquista said.

The symptoms got so bad that Carrera had to go to the hospital.

"He could not breathe, and then they put tubes in his nose and his mouth," Conquista said. "He couldn't even get the tubes out to eat. Because he couldn't breathe."

"We FaceTimed a few times, but it was just sign language because he couldn't talk. He had tubes everywhere," Conquista said.

Conquista says he is in pain and is devastated. He never thought COVID-19 could hit so personally.

"It's like somebody sucked the will of wanting to live out of you, like it's just no reason," Conquista said.

Carrera is survived by his mother, father and brother, who all live in Cuba.

"Everybody loved him," he said. "His personality just shined ... just an aura around him, you can feel the energy that was just pure positive energy."

Conquista said Carrera was healthy and no underlying health issues, except for maybe high blood pressure.

Several attendees of Winter Party Festival have since been tested positive for coronavirus, festival organizers said. On Friday, cases of coronavirus in Miami-Dade County surged to over 760. In the state, cases totaled to 2,900, and the death toll increased to 34.