Anthony de Leon, 2, was with his family at a flower stand along US 1 in Homestead when a Dodge Ram came barreling at them, killing the toddler.

The parents of a toddler who was hit and killed in a crash on Valentine's Day have reached a $5.5 million settlement with the dealership that employed the driver behind the wheel -- but they say their fight is far from over.

Anthony de Leon, 2, was with his family at a flower stand along US 1 in Homestead when a Dodge Ram came barreling at them, killing the toddler. The driver, Hanskabell Amargos, turned himself in to authorities in August and faces charges of vehicular homicide.

"These past days, months, have been a nightmare for us. It's not the same anymore without my son. The only thing we wish every day is to have him back, but we don't," the toddler's mother, Judy Rojo, said in a news conference Wednesday. 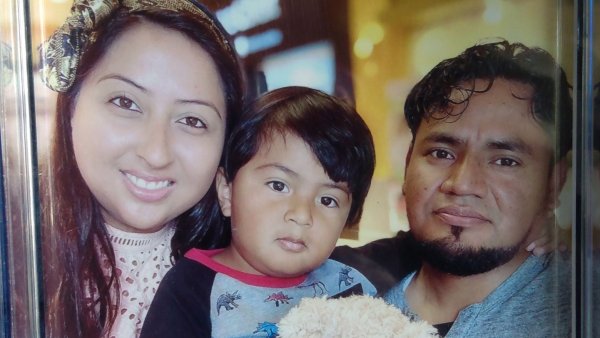 Amargos was test driving the Charger from the Spitzer dealership where he worked and lost control of the vehicle, the Florida Highway Patrol said.

Along with the settlement, the family's attorney also announced that they intend to sue Chrysler, the vehicle's manufacturer.

"This family is not done," said attorney Michael Haggard. "Their one wish in this tragedy is that this does not occur to someone else. There's a big problem out there with fleet vehicles -- whether they be at any auto dealership, whether it be a rental car companies -- where people just get in and out of unfamiliar cars and drive them on the public streets."

They said their case will continue in both civil and criminal court. Rojo hopes this fight will make the roads a little safer.

"The only thing I want them to understand is for them to be more careful and that for every action, there are consequences," she said.

Spitzer has not returned NBC 6's calls for comment.