It’s been a year since 40-year-old Caleb Fields was gunned down outside a Fort Lauderdale convenience store.

“Not a day goes by where I don’t think about him,” said Shatonya Webb, who has four children with Fields. “I just wish he was still here with my children.”

The two youngest were by her side Thursday as they honored his memory on the anniversary of his death at the spot where he was killed. 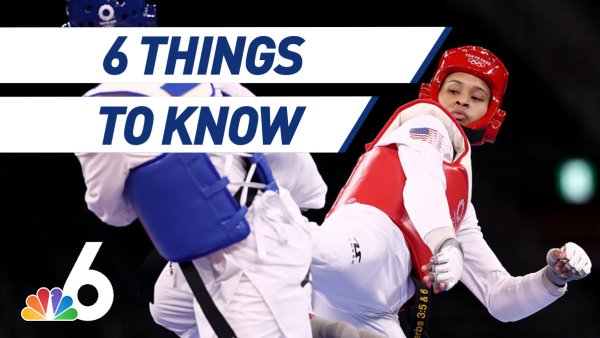 News You Should Know 31 mins ago

‘Why My Daughter?': Broward Teen Hospitalized in ICU With COVID-19

“To watch him run for his life and be gunned down for I don’t even know why,” Webb said.

Police are still pushing for those answers, too. Surveillance video from the location, the 800 block of Northwest 22nd Road, shows a silver four-door pickup truck pull up to the convenience store. Police say one suspect is in the bed of the truck. The other jumps out from the passenger’s side.

In a second video, police say you can see Fields in a white t-shirt running as the two suspects chased after him. One appears to be wearing a light-colored hoodie. The other in a darker-colored hoodie.

While we don’t get a good look at their faces, one appears to be wearing a medical-type face mask.

Webb still holds hope that someone will come forward with information. But right now, she wants to make sure Fields is remembered for what he did best: being a dad.

“He was my support,” she said. “If I couldn’t take them to the doctor, he would. If I wasn’t feeling good, he was there with the children. When it came down to his children, he was there.”