The Miami Workers Center and U.S. Department of Labor agree that Florida’s “Initial Skills Review” is discriminatory, but the state defends it

If you get laid off, be sure to answer those math and reading questions if you expect to get an unemployment check.

The state of Florida has changed the process you have to go through to get unemployment benefits and now the federal government says the state needs to take a second look at those changes. The feds are asking the state to make it easier for some people to get their unemployment checks.

“I go out every day in the morning to look for work because I came to this country to work,” said Maria Orellana in Spanish as she cried.

Orellana lost the factory job she held for more than seven years. As if being unemployed wasn’t hard enough, she said she didn’t expect to hit another roadblock when she applied for unemployment benefits.

“They didn’t help me. I went there five times,” said Orellana, referring to her local job center in Hialeah. 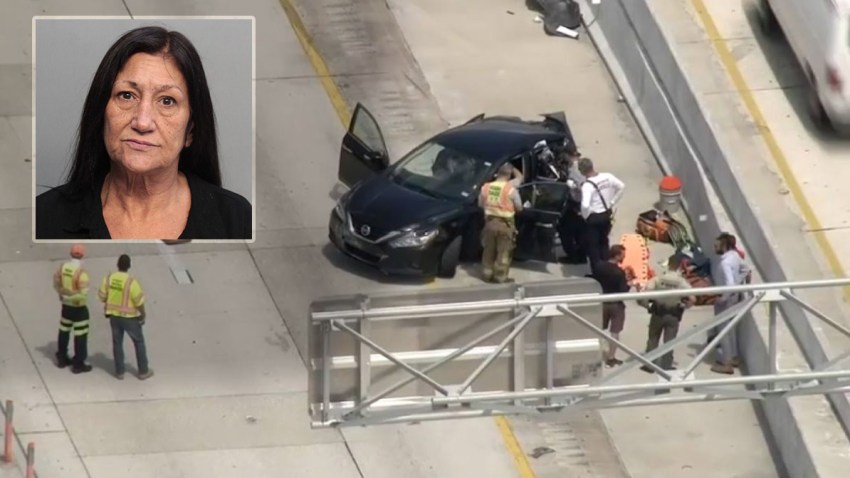 Divers Search for Car Reportedly in Water Near Fisher Island

She said she was told to get on a computer and complete what she described as a math and reading test. The problem is Orellana says she is computer illiterate and according to her, the job center employees were too busy to help someone with no computer skills. She said she tried completing the process but after months of waiting, her unemployment checks didn’t arrive.

The state calls those reading and math questions an “Initial Skills Review” and not a test because people don’t have to pass it. But Valory Greenfield, an attorney with the nonprofit organization Florida Legal Services, said those questions are unfair.

“The problem, as we see it, is that it’s a mandatory prerequisite to getting benefits,” Greenfield said.

Greenfield said in 2011 the state Legislature made changes to the unemployment compensation system, renaming it the Reemployment Assistance project. To get unemployment benefits now, applicants need to submit their application online and answer a series of math and reading questions.

Claiming the new system discriminates against people with language barriers and disabilities, the Miami Workers Center filed a complaint against the state agency that determines unemployment eligibility: the Florida Department of Economic Opportunity, or DEO. In an initial determination, the U.S. Department of Labor agreed.

“Depending upon how it is viewed, the (initial skills review) requirement, as implemented by the State of Florida, violates applicable Federal disability nondiscrimination law in one of two ways,” as an eligibility criterion and as a benefit, the department said.

The state fired back with a strongly worded response claiming the federal investigation was politically motivated.

Jesse Panuccio, executive director of the Department of Economic Opportunity, defends the skills review saying it was created to help people get back to work by identifying their strengths and weaknesses. “To level the broad accusation that it’s a discriminatory system, that, we think, was reckless, and unfairly maligned hundreds of workers here at DEO,” said Panuccio.

Critics say many people don’t realize they have to complete the review to get their unemployment checks.

Greenfield said, “We’ve heard from people across the state, people with college educations, people who were conversant with computers who knew fully well how to use computers, who have been stymied by this initial skills review. Primarily because they didn’t realize it was a requirement, or they didn’t realize there was a timeline to do it.”

But according to the National Employment Law Project or NELP, many people are not completing the review. Between August of 2011 and April of 2012, NELP said more than 43,000 claimants were denied benefits because they didn’t complete the skills review.

The DEO said that those denials are just temporary until the skills review is completed.

For many people, like the hundreds of Haitian immigrants that have sought help this past year at the community organization Sant La, completing it on their own is not an option.

Ludnel St-Preux, the deputy director of Sant La said, “We’ve helped about a little over 2,000 people filing for unemployment benefits.”

St-Preux said when the state decided to change the system many communities were left out. “I don’t think we were even considered when these rules were put into effect.”

Panuccio said the DEO should be judged fairly and that means looking at their success.

“In a system that processes 3.4 million phone calls and almost 700,000 applications, some people will be frustrated and sometimes we won’t be perfect every single time we answer a phone. But, we strive for perfection,” said Panuccio.

The DEO says some people are exempt from the skills review but the U.S. Department of Labor says the state needs to do a better job communicating those exceptions. As for Orellana, a pro bono attorney assisted her through an appeals process with the state and she was able to get her unemployment money.

The Department of Labor says the state has made some improvements to the system but more changes are being proposed to fix other problems. If the state doesn’t comply, the Department of Labor says it might seek civil action with the U.S. attorney general. In the meantime, anyone who loses their job will have to continue to answer math and reading questions online—it doesn’t appear that will change anytime soon.