In Miami Beach, faith leaders and the fire department have joined resources to expedite getting shots in the arms of older adults

At the end of a recent Sunday evening Spanish-language Mass, the Rev. Roberto Cid made an announcement that perked up many gray-haired heads.

“If you are over 65 and a Florida resident and want a COVID vaccine, call the parish office and we can help you,” the Roman Catholic priest said, as happy nodding spread through the pews of historic St. Patrick church. 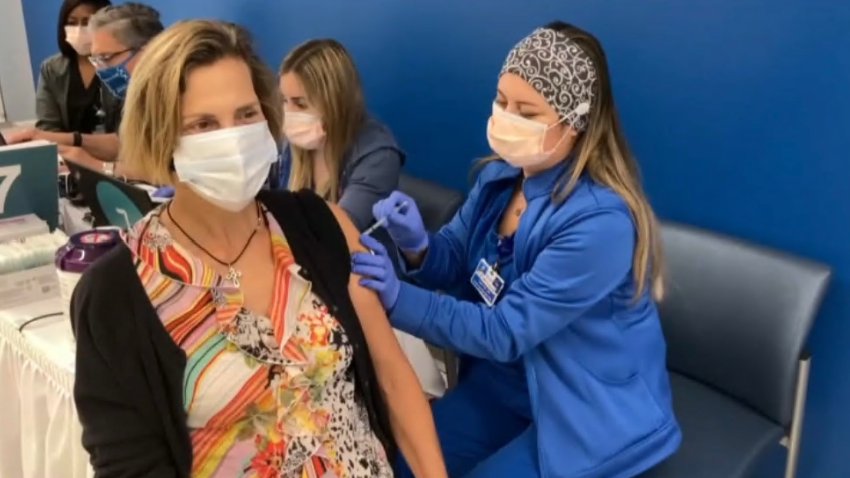 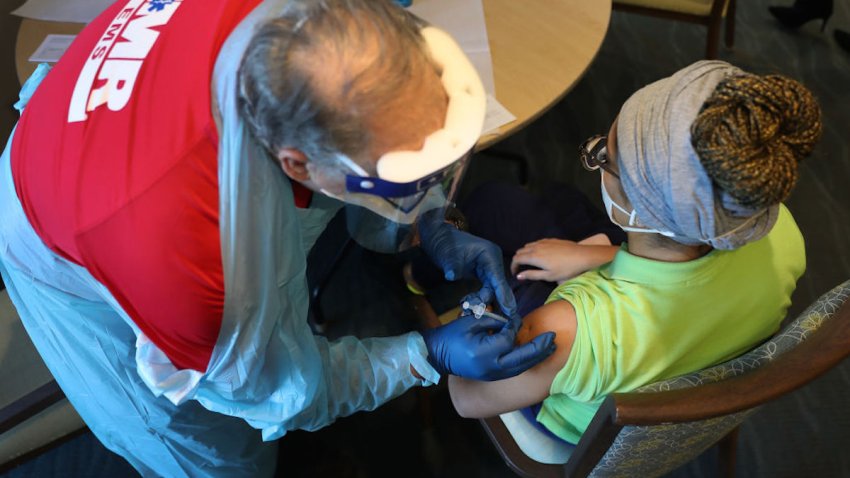 In much of the country, getting the coveted vaccine has been tremendously difficult for many older adults due to complicated and overtaxed websites and bureaucracies — and even more so for those who have disabilities, are homebound or have no family to help.

But in Miami Beach, faith leaders and the fire department have joined resources to expedite getting shots in the arms of older adults starting with the homebound and those in low-income housing, winning plaudits from both the newly vaccinated and their relieved relatives.

Through late February the initiative was responsible for delivering 5,466 shots in the city, where a relatively high 17% of its 92,000 residents are 65 and over, including hundreds of Holocaust survivors. That’s on top of other vaccinations being arranged by hospitals and the Federal Emergency Management Agency, or FEMA, in the area.

“We’re not responding with lights and sirens, but we are responding to a need in the community,” Fire Chief Virgil Fernandez said. “For many of the vulnerable, we’re the first line of defense.”

The initiative began to take shape well before vaccines were even available. Early last fall, Division Chief Digna Abello started pushing for the fire department to rent a freezer that could store the Pfizer vaccine at the required ultra-cold temperatures, on the assumption that it would be approved and the department’s 200 firefighters, all trained paramedics, could help distribute it.

The program now up and running since January, each day, amid a mountain of neatly organized paperwork in her office at the fire station, she manually keys into the state database each vaccine delivered by the firefighters and the nurses that now accompany them, using a data entry system she created.

“It’s easier to look the other way. But if we have the capabilities …” Abello said, her voice trailing off. The 38-year-old mother self-assigns tasks that often keep her at the station until 2 a.m., such as procuring the most efficient syringes that waste as little of the precious vaccines as possible.

“Every drop has to be accounted for,” said fire Capt. Mark Schwartz, who loads the vials in bags of ice for daily deliveries and has configured his phone to alert him to any temperature changes in the department’s vaccine freezers.

The biggest challenge was to get the shots to the people who needed them most and had the greatest difficulty navigating online registrations or mass vaccination sites — like a 96-year-old man who’s unable to leave his bed in a cramped apartment and got his second dose from Schwartz in mid-February.

Firefighters already have an “evacuation list” of people they need to get to safety during hurricanes. To go beyond that, they turned to temples and churches that minister to and are familiar with many of the neediest in the community. Rabbis and pastors draw up lists of those who need or have asked for help with a vaccine, for as soon as the doses become available.

One of them is Rabbi Mendy Levy of the Chabad Hasidic movement, who qualified to receive the vaccine due to his front-line work as a hospital chaplain and posted about it online immediately to encourage others.

“We have to be examples to the rest of the community,” he said.

Levy helps train health care providers who treat Holocaust survivors, some of whom can be retraumatized by triggers such as injections and white coats after being subjected to experiments carried out by doctors in concentration camps. It’s crucial that firefighters and nurses take the vaccines to a welcoming setting, such as a synagogue or a patient’s home, and visit with them and their families.

“Though it’s a trigger, so in general they are afraid, they recognize this is a God-given gift,” Levy said.

Firefighter Eric Cento, who has worked two extra volunteer shifts weekly, administered a shot to a homebound Holocaust survivor in her late 90s earlier this year. During his visit the woman showed off family photos and offered him food, he recalled.

“To be able to help someone like that … they’ve been waiting a long time,” he said. “It’s like going to a grandparent’s house.”

While faith leaders assist with the outreach, their help transcends congregations and belief systems. A married couple whom Cento helped get their first doses at a senior community center were put on a list by a synagogue, but they’re not Jewish.

Their daughter, Karin Matos, said the family was “desperate” after four nurses administering home care to her 93-year-old father tested positive. She tried all the vaccine lists she could find but struck out with each. Then she heard about the one being maintained by Temple Beth Sholom and signed them up.

Ten days later Matos’ parents got their first shots. Afterward they sat for a 15-minute observation period to make sure they came through without any allergic reactions, alerted by two loudly ringing cooking timers under their chair when that time was up. Then all three walked out into a warm South Florida sea breeze.