The state of Florida saw another rise in confirmed coronavirus cases Thursday, as the total cases surpassed 400 with nearly half of those in South Florida.

The state's new total rose to 432, including 393 Florida residents and 39 non-Florida residents, according to figures released by the Florida Department of Health. Miami-Dade reached 101 cases, pulling ahead of Broward, which had 96. Some 1,126 results in the state were still pending and 1,005 people were being monitored.

In total, the confirmed COVID-19 cases in Florida rose by 104 Thursday, while the state's death toll reached 9. 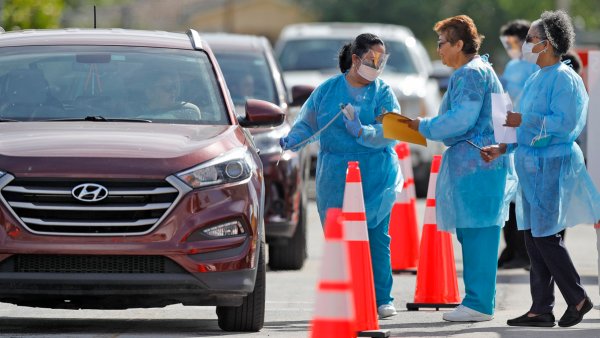 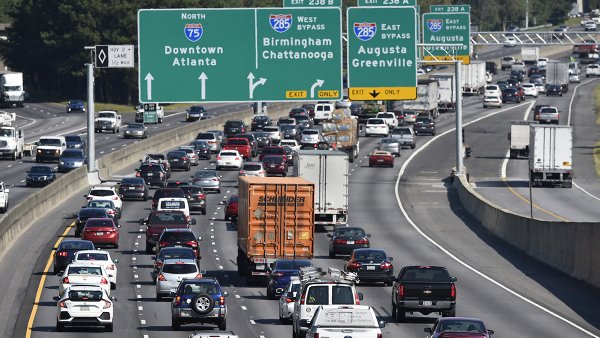 Cash Not Accepted on Florida's Turnpike Amid Coronavirus Crisis 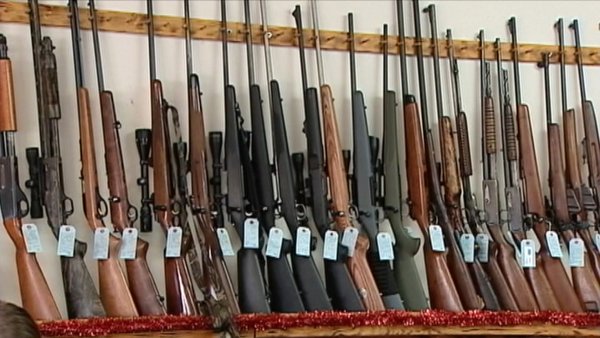 "Broward County right now in Florida is the epicenter of what we're seeing, so we need to be here for our friends in Broward and turn the tide on this thing," DeSantis said at a news conference.

Meanwhile, residents across the state are grappling with a new normal that includes working and containing their families at home, or in many cases, no longer having a job to show up for.

Public schools across the state are out through at least April 15 and colleges and universities have sent students home to finish the spring semester remotely. Many houses of worship have cancelled services, bars and nightclubs have been shut down for 30 days, large malls are closing, and many restaurants are offering only reduced seating or take out and delivery service.

"The state was rocking and rolling, we had a lot of people doing very well," DeSantis said. "This virus has really been an external shock on the economy, there's going to be a lot of our friends and neighbors who through no fault of their own, maybe they get furloughed, maybe they get completely let go, they're going to need some assistance."

On Wednesday, U.S. Rep. Mario Diaz-Balart of Miami became the first member of Congress known to test positive for this coronavirus, announcing that he's been under self-quarantine in the nation's capital and won't return to South Florida because his wife has a pre-existing medical condition.

And after crowds of tourists and kids out of school flocked to Clearwater Beach on Florida's Gulf Coast, officials there announced Wednesday that it too will close, joining many others around Florida that have complied with guidance to avoid public gatherings.

Miami-Dade County's mayor on Thursday ordered all beaches, parks and “non-essential” commercial and retail businesses closed because of the pandemic.

"We must all act as if we are infected and take every precautionary step to prevent transmitting this virus," Mayor Carlos Gimenez said in his announcement of the closures, which appear to go beyond other state and local orders in Florida.

The vast majority of people infected with this novel coronavirus get only mild or moderate symptoms, such as fever and cough, and recover in about two weeks. But many will need hospitalization — particularly vulnerable are older adults and those with existing health problems who can develop severe complications, including pneumonia.

Mobile hospitals are being set up in Fort Lauderdale, and to Orlando and Ocala in north Florida, state officials announced. Several drive-thru testing sites opened or were being opened in South Florida.

DeSantis acknowledged on Wednesday that state officials can't get a more accurate understanding of the disease's spread unless many more people are tested.

"We need to do way more tests,” DeSantis said.

DeSantis said Thursday that 2,500 testing kits with the capability of conducting 625,000 tests were distributed throughout the state.

"We're right now living through the biggest crunch in demand for various medical supplies that we've ever seen in our country's history," DeSantis said.