Another 60 deaths were reported in the state Thursday, along with 1,072 more confirmed cases of COVID-19

Confirmed COVID-19 cases were at 29,648, 1,072 more than were reported Wednesday night, according to figures released by the Florida Department of Health. 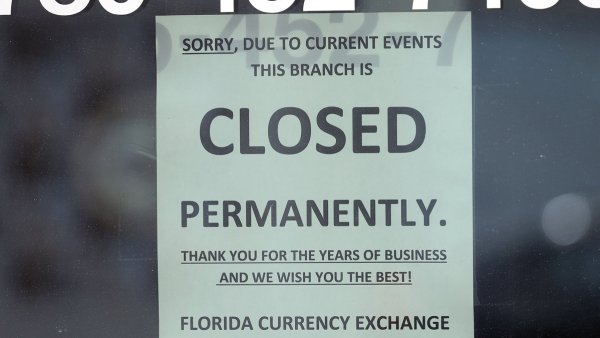 Half a Million Jobless Claims Filed in Florida Last Week More deaths were reported in Miami-Dade with the county total reaching 270. Broward had 157 reported deaths while Palm Beach had 144.

Monroe County had one new case and no new related deaths Thursday. The county's official numbers were at 74 infected and 3 related deaths.

Armed with graphs and statistics at his news briefing Wednesday, Florida Gov. Ron DeSantis again contended that Florida is better off than almost all other major states -- from its rate of infections, available hospital beds and per capita deaths.

"The hospitalizations, you talk about flattening the curve, the healthcare system holding up, I mean that's been the key metric we've looked at, but then within that, what's the ICU population, are you adding, are you having fewer people in the ICU? For us, we have seen a decline, it's been flat, decline a little, so we hope it continues going in a good direction," DeSantis said.

During a meeting of a committee focused on the state's tourism and other key industries, Universal Orlando's John Sprouls said the state’s theme parks will have to reopen with small, limited crowds and that getting them fully reopened could take time.

Any decision to reopen, he said, would be guided by state and local officials, as well as by health considerations.

Earlier this month, state officials announced that public school campuses would remain closed for the rest of the school year. Focus now turns to preparing for the possibility of reopening classrooms in the fall.

Meanwhile, beaches in Flagler County on Florida’s east coast reopened for limited recreation Wednesday and those in Sarasota on the west coast will follow suit next week as municipalities throughout the Sunshine State start allowing residents to swim, fish, walk and jog on the sand.

High-profile beaches in South Florida were among the first to close altogether, and they remain closed throughout the counties of Miami-Dade, Broward, Palm Beach — which have the vast majority of Florida's cases of COVID-19. Most other areas of the state have seen significantly lower rates of infection.

Officials in South Florida say reopenings should happen in phases, beginning with limited openings of parks, marinas, and golf courses so people can get fresh air and exercise. There have been no dates set.