Florida is Under a Public Health Emergency. What Does that Mean?

Of the 13 U.S. states dealing with the novel coronavirus, only Florida, Washington, Maryland, California, New York and parts of Georgia are under states of emergency. Hundreds across the country have contracted the virus, but only 3 cases have been confirmed in Florida.

The State Health Officer was also given the power to "take any action necessary to protect the public health," for as long as the emergency lasted.

So what changes does a public health emergency actually imply for the state? 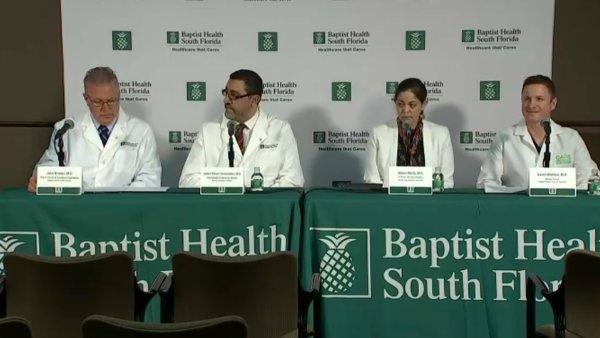 Some Baptist Health Patients Tested for Coronavirus But None Positive 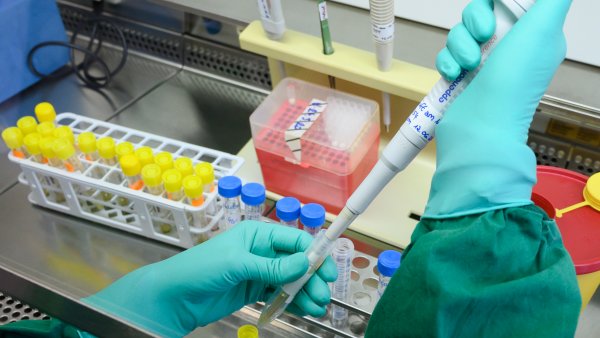 Dr. Jose Szapocznik, a professor of Public Health Sciences at the University of Miami, says what all that means is the executive branch - which includes the Department of Health - is allowed to sidestep the regular systems of government and address the threat as quickly as possible.

"One good example is the Food and Drug Administration," Szapocnick says. "A few days ago we were talking about having 70,000 test kits for the virus available. Yesterday, the FDA director said they were working with the private sector and now they're going to have a million test kits available at the end of this week."

FDA Commissioner Stephen Hahn promised the organization would have enough materials to perform "close to 1 million" coronavirus tests by the end of the week at a White House briefing Monday night.

On Tuesday, a spokesperson for the Department of Health and Human Services said that the tests Hahn was referring to would be produced by Integrated DNA Technologies, a private biotechnology company headquartered in Iowa, and then distributed to private and public health facilities across the nation.

The promise of one million tests has caused some controversy among public and private sector health officials who say such a high quantity would be difficult to achieve in such a short window of time.

Eric Blank, the chief program officer of Association of Public Health Laboratories, told The New York Times the organization were still "a couple of weeks away" from being able to deploy a million tests. The association represents government labs across the country.

Permission to hose down the fire

On top of speeding up the bureaucratic process, the Department of Health also has the power to make decisions on quarantining people and cancelling events. Money can also be moved around by the agency.

"It's sort of like your building is on fire," Szapocnick says. "You as a firefighter don't call your boss and say, can I turn on the hose?"

A public health emergency can last as long as it needs to.

It's not out of the realm of possibility that flights be grounded, and cruises be blocked from entering ports, but Szapocnick doesn't see Florida's public health emergency reaching that level.

For starters, Szapocnick said, the U.S. has a "tracking system" for the spread of the virus. If someone tests positive, every person they have been in contact with over the last 7 to 14 days will be tracked down and tested as well.

The effort to track every patient's path of contact has proven to be a challenge in some cases, however. In California, one patient became the U.S.'s first case of a coronavirus transmission of unknown origin: she had not traveled to an infected area, or been in contact with anyone who had.

Erika Gomez, a 24-year-old English teacher from Southern California living in China has been quarantined in her studio apartment for 40 days. She shared her experience as the coronavirus continues to spread around the world.

The case highlighted the challenges that effectively doing contact tracing can carry.

"If we see a case and there's no relation to a known case of coronavirus or a traveler, then there's an invisible line of transmission," said Dr. Tom Inglesby, director of the Center for Health Security at the Johns Hopkins Bloomberg School of Public Health. "It's been transmitted within the community. We don't know where it came from, there's at least one additional case we don't know about, and we don't know how many others there are."

Contact tracing involves interviewing family members, co-workers or anyone else who had "close and prolonged contact" with the patient, which typically means being within 6 feet of them for an extended period of time, Inglesby said.

"Depending on that person's life, that could be a small number or a large number. That work is pretty intensive and requires a lot of public health resources," he said. "So if there's only one case, that's obviously feasible. It gets difficult to scale on a large level. It's feasible and important to do at this point but isn't necessarily the strategy that will hold in the long run."

On Wednesday, The World Health Organization raised the mortality rate of coronavirus up to 3.4%. In comparison, the seasonal flu kills fewer than 1% of those infected.

The Florida Department of Health has set up a 24-hour hotline if anyone has any questions or concerns about coronavirus: 1-866-779-6121.