Across the state, the number of people hospitalized with COVID-19 continued to rise Thursday from 15,071 to 15,358 patients

Florida Gov. Ron DeSantis announced Thursday that he is launching a rapid response unit to expand the use of monoclonal antibodies and relieve pressure at hospitals that continue to report a rise in COVID-19 patients.

“This is probably the best thing that we can do to reduce the number of people that require hospitalization," DeSantis said at a news conference in Jacksonville, noting vaccines were still encouraged and effective at preventing hospitalizations and deaths. 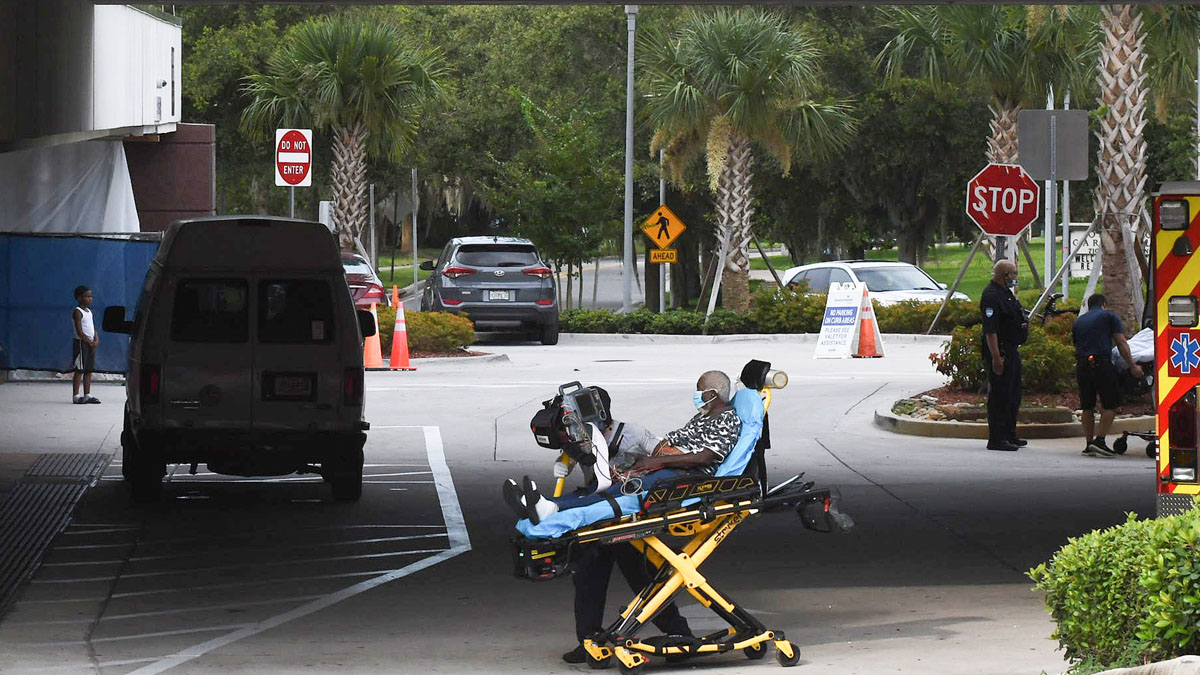 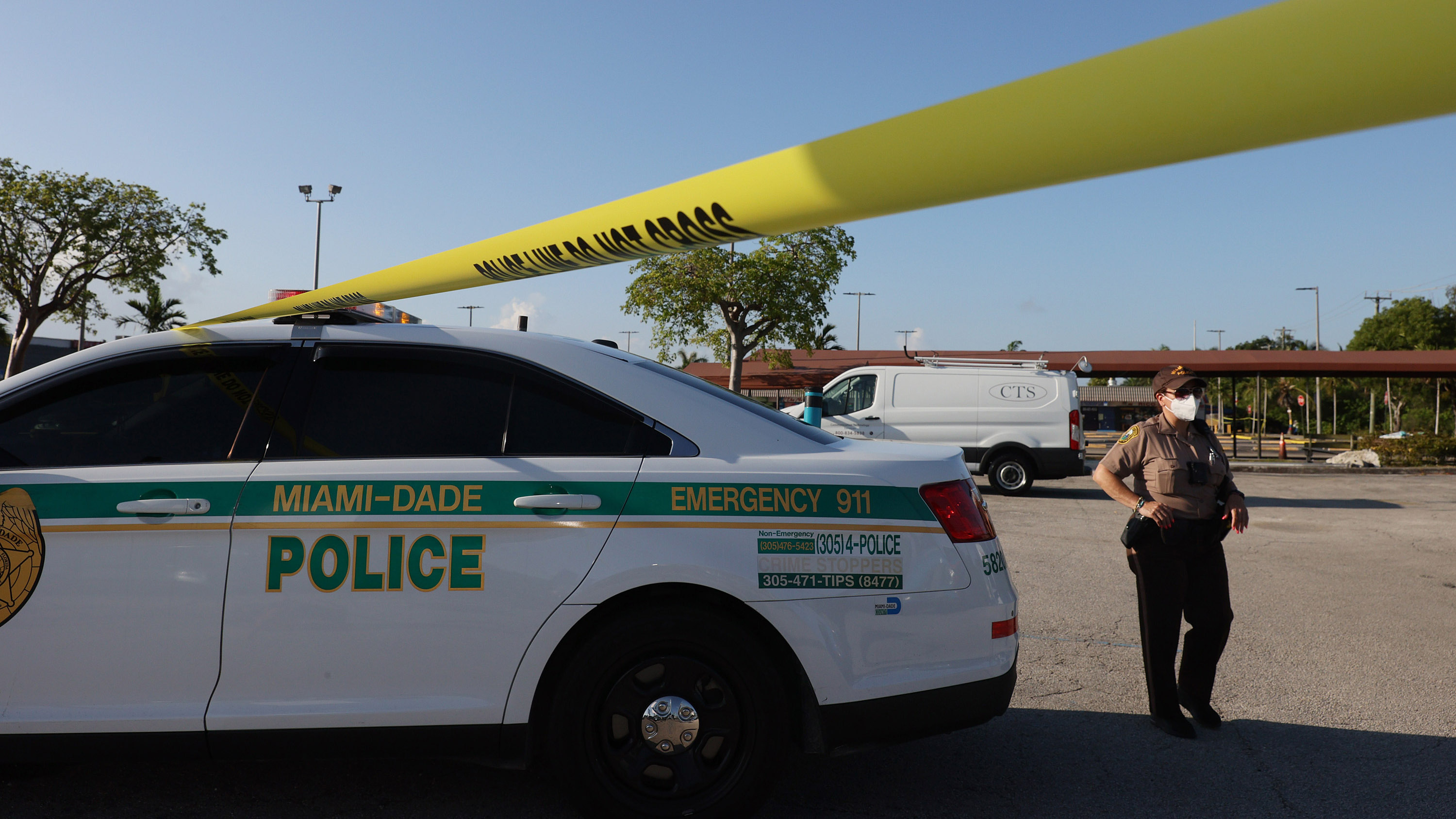 Law Enforcement Weighs Whether to Encourage or Require Vaccines

The drugs are delivered intravenously or by injection and made by Regeneron Pharmaceuticals. It concentrates doses of lab-made antibodies to fight COVID-19 and are geared toward people who are at high risk. DeSantis mentioned good candidates were elderly people and those with chronic kidney disease, diabetes, morbid obesity and sickle cell.

DeSantis has previously said the treatment helped then-President Donald Trump when he was infected last fall.

The Republican governor said he believes this monoclonal antibody treatment is not as well known because it received federal emergency use authorization about the same time as the mRNA vaccines were being approved, and that the focus "rightfully" was on vaccines at the time. He said he felt it was important to increase its use along with vaccines saying they were "the most effective" yet seen for people who are already infected.

“I don't think it's an either or,” he said. “We have people in society that are not vaccinated. We also have people who are vaccinated who are still testing positive. Either way, if you get in that situation, particularly in these high-risk categories, this should be your stop.”

In Pompano Beach, the summer Covid spike, and increased demand for testing, has delayed the plan to require all city employees show proof of vaccination or a weekly negative Covid test result.

The U.S. Department of Health and Human Services said that nationwide orders of monoclonal antibodies are twelve times higher in recent weeks than they were at the beginning of July.

The federal government has shipped more than 15,000 patient courses to 162 sites in Florida since the beginning of July, HHS said. The state went from using between 400 and 600 a week around late June and early July to now reporting using 3,300 last week. And the department said there was plenty of product available to ramp up the effort at new sites.

The state wants to set up a long-term location to administer the antibodies at the Jacksonville Public Library, and other places. DeSantis said he was also forming strike teams to take them to nursing homes, like he did last year when mass testing began. He also said the state's surgeon general will issue an order to make certain sites available to people who meet certain criteria where they won't need a doctor prescription.

Across the state, the number of people hospitalized with COVID-19 continued to rise Thursday from 15,071 to 15,358 patients. More than 3,200 of those patients are in ICUs, taking up about 49% of the intensive care unit beds. Those hospitalized are largely unvaccinated and younger than those seen in hospitals during last summer’s surge, doctors have said.

Emergency departments in some areas are so overcrowded that doctors are sending patients home with small, portable pulse oximeters and oxygen so they can free up beds for sicker patients.

Dr. Leonardo Alonso, an emergency room physician who rotates between two hospitals in Jacksonville, said Wednesday that it's typically a labor intensive and expensive bureaucratic process to send oxygen home with patients. But he's hopeful that a new protocol will help ease the strain.

“A lot of people just need oxygen," Alonso said. “The only reason they’re being put in the hospital is because they need oxygen.”

He explained that it took one patient hours to get the oxygen to take home.

“The patient just sat in the room eight hours," he said. “The next one, 10 hours and never got it, and had to be admitted.”

On Tuesday, the state reported 24,753 more COVID-19 cases to the Centers for Disease Control and Prevention. Florida's seven-day rolling average of new cases was 21,156 on Tuesday, up from an average of less than 2,000 new cases in early July.

DeSantis opposes mask mandates in schools and has barred businesses and municipalities from requiring proof of vaccination.

Some local jurisdictions are coming up with policies short of a vaccine mandate, such as requiring regular testing for the disease. Winter Park in central Florida approved a policy Wednesday that would give unvaccinated employees the choice starting next month of showing weekly negative test results or taking unpaid leave.