A Florida mother of four jumped into a pond and battled a gator that tried to make a meal out of her dog.

Seven-and-a-half feet of gator skin did not stop 52-year-old Lori Beiswenger from running to the rescue of Hope, a 9-year-old terrier mix.

According to NBC affiliate WPTV,  the encounted occured when Beiswenger and Hope were outside near the sixth hole of her family-owned golf course, Point O’Woods, in Inverness.

News You Should Know 26 mins ago 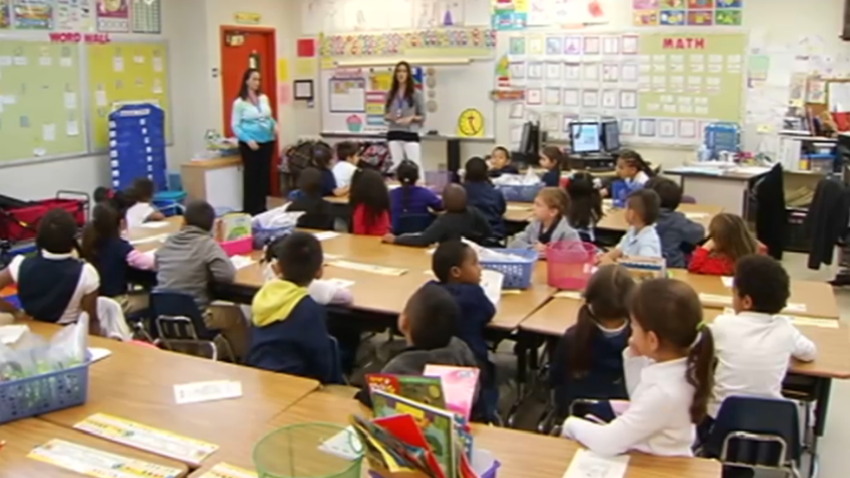 While she was busy gardening, Beiswenger heard a piercing scream come from the pond behind her. When Beiswenger turned around, she was met with the sight of a gator pulling Hope into the water.

Beiswenger became frantic and screamed for help. With no one around to hear her screams, Beiswenger decided to jump in and fight the gator for her dog’s life.

The third time, Beiswenger says the gator looked at her. Fearing for her life, Beiswenger got out of the water with Hope still in the gator’s jaws.

Then Jodie Daniels, a golf course volunteer who was teeing up on hole one, heard the commotion.

Listening to Beiswenger’s pleas, Daniels grabbed a golf club and waded into the water until he was knee deep.

When he realized the club wasn’t long enough, he went and got a shovel. He pulled the bloodied dog up with the gator still attached.

Hope ran for dry land with the gator following behind. Daniels then hit the gator on top of the head with the shovel and the gator swam off.

Beiswenger picked up Hope, put her in a golf cart and drove to the clubhouse. Once there, she grabbed a tablecloth and secured the wound. She then rushed Hope to a nearby vet.

Hope had to undergo a three-hour surgery but went home that same night.

The next day, a private company trapped the gator. Beiswenger says she read the gator its Miranda Rights, and the company killed the gator. The gator’s meat was sold to a local restaurant.

Hope is expected to have her stitches removed on Saturday.