Florida School Officials Could Have Salaries Withheld Over Mask Mandates

"With respect to enforcing any financial consequences for noncompliance of state law regarding these rules and ultimately the rights of parents to make decisions about their children's education and health care decisions, it would be the goal of the State Board of Education to narrowly tailor any financial consequences to the offense committed," spokesperson Christina Pushaw said in a statement. "For example, the State Board of Education could move to withhold the salary of the district superintendent or school board members, as a narrowly tailored means to address the decision-makers who led to the violation of law." 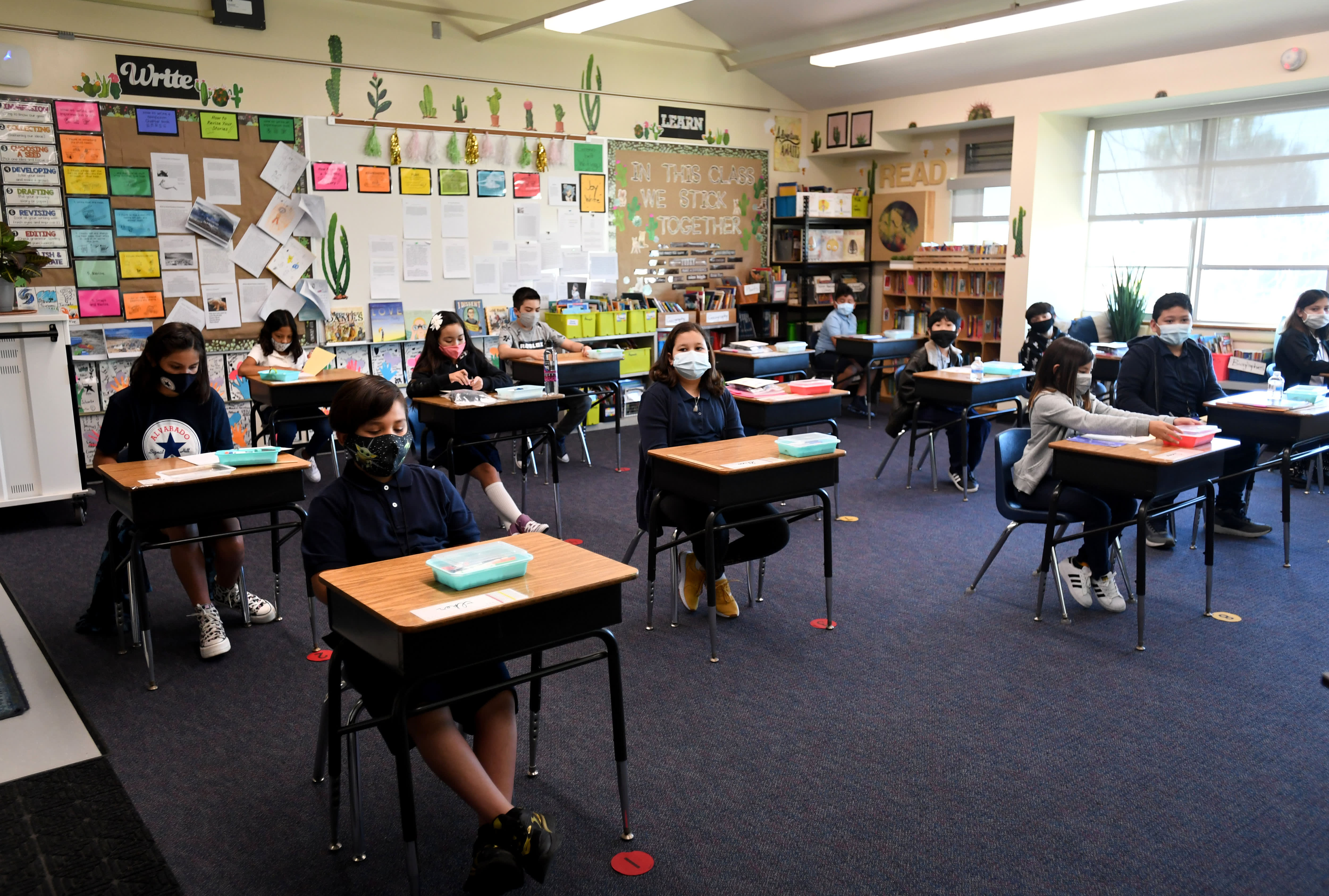 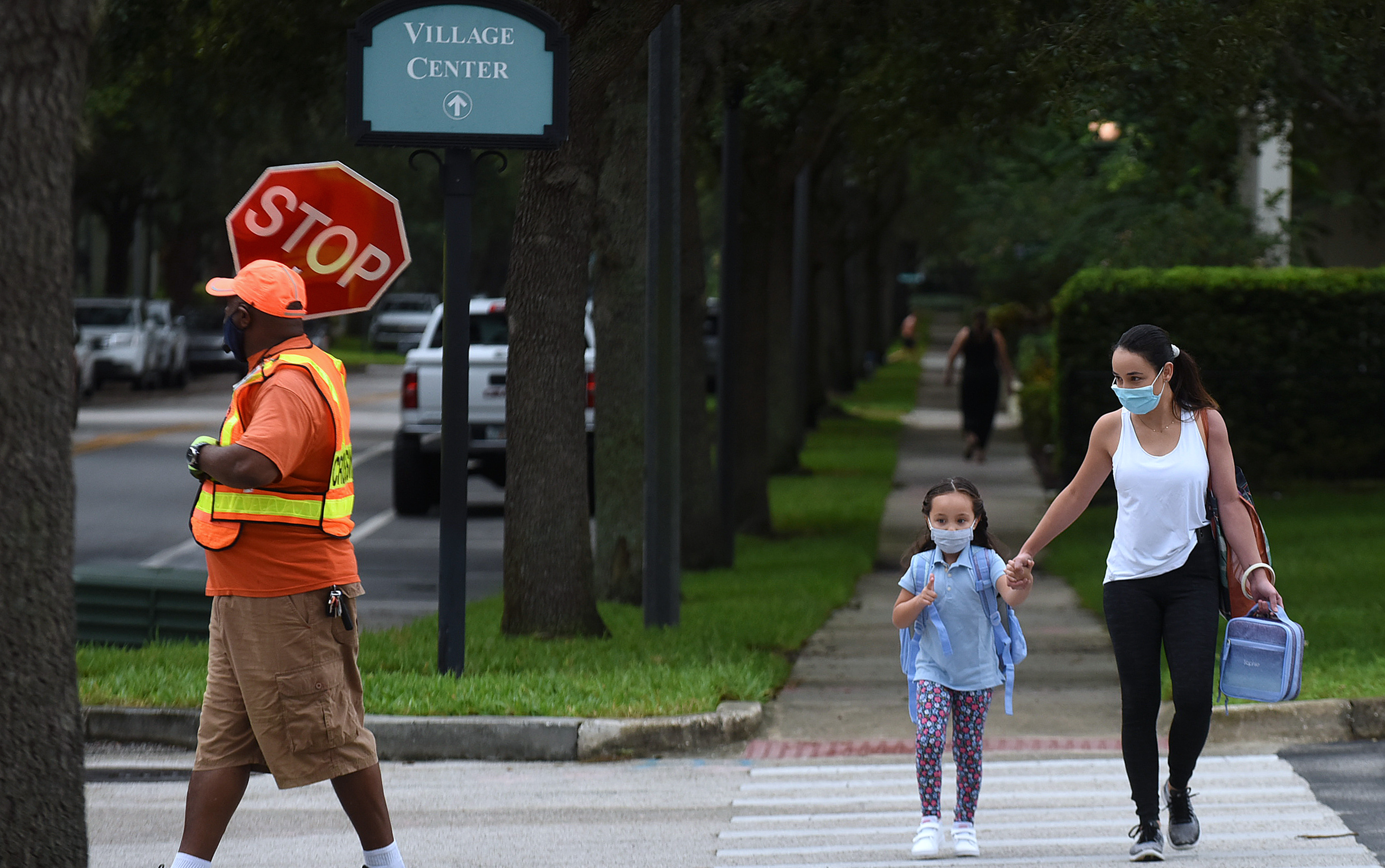 The news comes as the superintendent of the school district in the capital of Florida said Monday that he's decided to require masks amid an increase in COVID-19 cases and hospitalizations fueled by the delta variant — despite attempts by DeSantis to deter schools from enforcing such a mandate.

Leon County Schools Superintendent Rocky Hanna said in a livestreamed announcement that children from pre-kindergarten through eighth grade will be required to wear masks when classes resume in Tallahassee on Wednesday.

The Florida Department of Health issued a rule last week that districts must allow parents to decide whether their children will wear masks. Hanna said he would make an exception to his mask mandate for students who have a note from a physician or a psychologist.

"I did a lot of soul searching, a lot of thinking,” Hanna said. “If, heaven forbid, we lost a child to this virus, I can't just simply blame the governor of the state of Florida. I can't."

The superintendent said he sent a letter to DeSantis asking him to allow him to enforce a temporary mask mandate as virus cases continue climbing. Hanna said he did not receive a response.

The Republican governor issued an order in late July for the education and health departments to come up with ways of punishing school districts that mandate mask-wearing in classrooms. DeSantis maintains that enforcing masks violates parental rights. He cites Florida's new Parents Bill of Rights law that says parents have the freedom to make decisions about their children’s health and education.

Two Florida school districts first stepped up last week to announce that they would follow recommendations from the U.S. Centers for Disease Control and Prevention and require masks when they restart classes later this week. Four others have adopted mask policies since then.

On Friday, Florida’s Board of Education approved an emergency rule granting private school vouchers for children who feel they are being harassed by a district’s COVID-19 safety policies, including mask requirements. Traditionally, vouchers have been awarded to children who are being bullied.

One of the largest school districts in Broward County will be discussing the mask mandate on Tuesday.

In a statement Monday, Miami-Dade County Public Schools Superintendent Alberto Carvalho said that although MDCPS hasn't made a decision on masks for the upcoming school year, he won't let a possible withholding of salary affect his decision.

"We have established a process that requires consultation with experts in the areas of public health and medicine. We will follow this process, which has served us well, and then make a final decision," Carvalho's statement read. "At no point shall I allow my decision to be influenced by a threat to my paycheck; a small price to pay considering the gravity of this issue and the potential impact to the health and well-being of our students and dedicated employees. I want to thank the Governor for recognizing that students should not be penalized."