The novel coronavirus continues to infect and kill Floridians at a rapid pace, numbers released Saturday by the Florida Department of Health confirm.

95 more residents were confirmed to have died since yesterday. Florida also added 10,360 new cases Saturday, the third-highest number on record, bringing its total to 254,511.

The last three days have seen the highest death total increases in the state since the pandemic began. The additional 95 deaths is the second-largest for residents, topped only by the increase of 120 deaths reported Thursday.

Nearly 40% of Saturday's additional cases were reported in Miami-Dade and Broward counties, which continue to be the hardest hit. 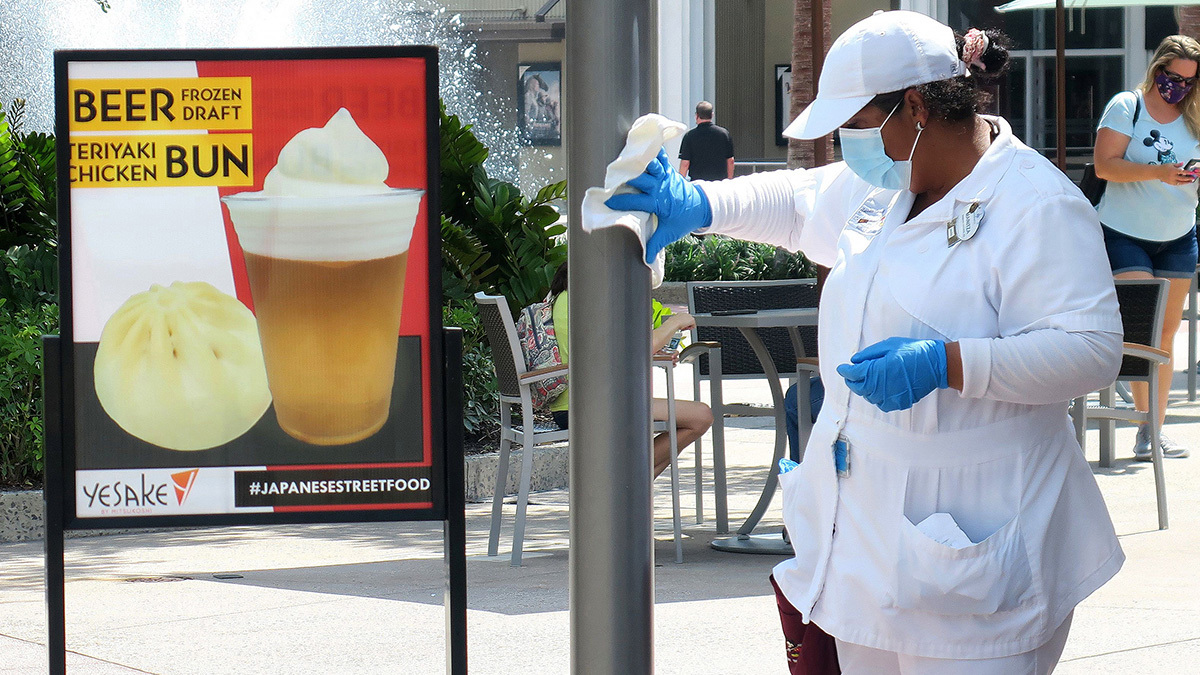 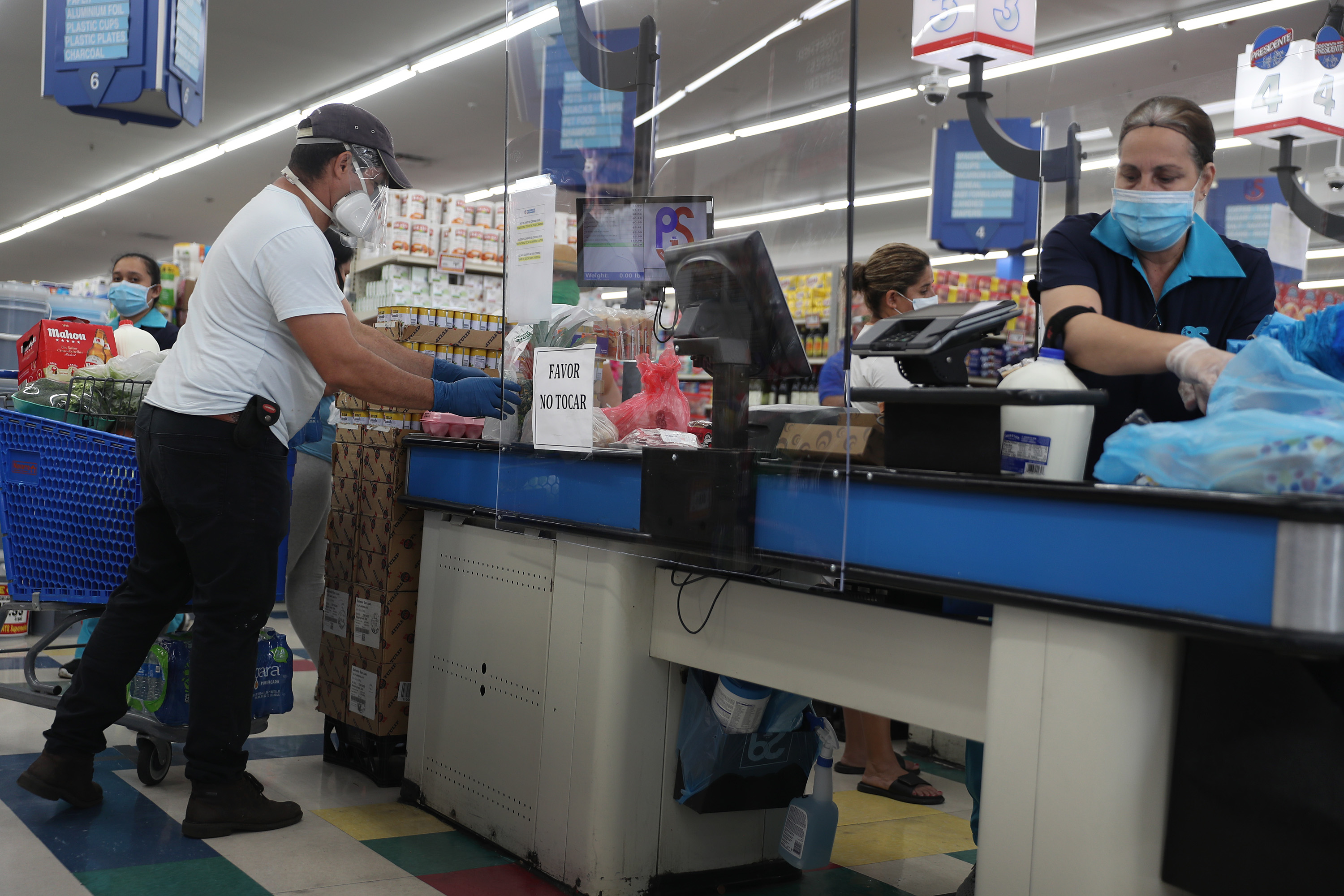 COVID-19 Heroes Must Jump Through Hoops for Workers' Comp

The state has seen a large increase in cases in the past week, with nearly 65,000 confirmed in that span of time.

Also increasing at a record pace is the number of Florida residents who have been reported hospitalized. That number rose by 421 since Friday's report, reaching a total of 18,203.

NBC 6's Alina Machado spoke to one woman who has been waiting weeks for her coronavirus test results.

Broward County had 28,253 confirmed cases Saturday, a one-day increase of more than 1,548. The county also had 455 virus-related deaths.

Florida Gov. Ron DeSantis said Friday at a news conference in Orlando that the coronavirus also had spiked infections throughout the country’s Sunbelt, from California to South Carolina.

When he made the decision to reopen much of the state in May, he said, COVID-19 infections “had very, very low prevalence,” especially in the northern parts of the state.

“There was no justification to not move forward,” the Republican governor said, adding that hospitals across the state have between 10,000 and 13,000 available beds amid reports that some hospitals are near capacity.

“We have a situation where you got a lot of beds available. No major system, nobody that we’ve seen yet, has even gone to the surge level,” he said.

A doctor's group gathered outside his mansion in Tallahassee on Friday morning to urge him to issue an order mandating the use of face masks statewide.

Physicians for Social Responsibility said it had gathered more than 1,000 signatures from physicians across Florida calling for the mandatory use of masks in public places as an important step in controlling the spread of the virus. In most of the state's heavily populated areas, local mask orders are already in place.

“The governor will have to own up and take personal responsibility for these sick and dead Floridians,” said Dr. Ron Saff, a Tallahassee allergist and a board member of the group, which urged the public to phone and email the governor.

DeSantis has thus far resisted those calls, arguing that local governments must decide for themselves if stricter levels of protection are needed. Florida's most heavily populated municipalities mostly have done so already.

“One size does not fit all in Florida,” said his spokeswoman, Helen Ferre, who also cast doubt on the effectiveness of mandates, noting that the Miami area has had face-mask rules in place since April, yet the area continues to be a COVID-19 hot spot.

Those on the frontlines of health care see things differently.

"People don’t want to wear their mask, and as a health care worker it’s frustrating,” said Esther Segura, a nurse at Jackson South Medical Center in Miami. “Spend a day in the shoes of a nurse that’s in ICU ... and see what they’re seeing and then you would have a different perspective.”

NOTE: Numbers may appear blank while updates are being programmed into the map.

Dr. Anthony Fauci, the director of the National Institute of Allergy and Infectious Diseases, suggested Thursday that Florida might have opened up too quickly.
“Despite the guidelines and the recommendations to open up carefully and prudently, some states skipped over those and just opened up too quickly,” Fauci said on FiveThirtyEight’s weekly “PODCAST-19.”

“Certainly Florida I know, you know, I think jumped over a couple of checkpoints,” he said.

Ferrer, the governor's spokeswoman, said Fauci's comments are “so far removed from the needs and day-to-day reality of a Florida resident.”

She added: "The impact of closing businesses and impeding all public interactions affects communities at their core. These are important checkpoints Dr. Fauci should not overlook when assessing Florida’s situation. ”

As of Thursday, restaurants in Miami-Dade County are not allowed to serve patrons indoors. Mayor Carlos Gimenez allowed gyms to remain open to customers who wear masks.