Florida reached another grim coronavirus milestone Friday, surpassing 400,000 reported COVID-19 cases as there continued to be large increases in virus-related deaths and hospitalizations.

12,444 additional coronavirus cases Friday brought the state's tally to 402,312, according to figures released the Florida Department of Health. The state also identified 135 new COVID-related deaths, bringing the death toll for residents up to 5,653.

More Floridians are dying with the virus than ever before, even as the numbers are delayed by days or weeks from the actual dates of death. Of the 135 new deaths confirmed Friday, half occurred more than a week earlier.

But the death toll has been surging for a full month, exceeding 100 deaths a day five times between July 8 through July 15 — and history shows those numbers will likely rise as deaths from that time period are later confirmed.

To put the soaring death toll in context, consider that over the last two weeks, the state has confirmed 1,551 deaths. Over the two weeks prior to that, 736 deaths had been confirmed. That is an increase of 111%. 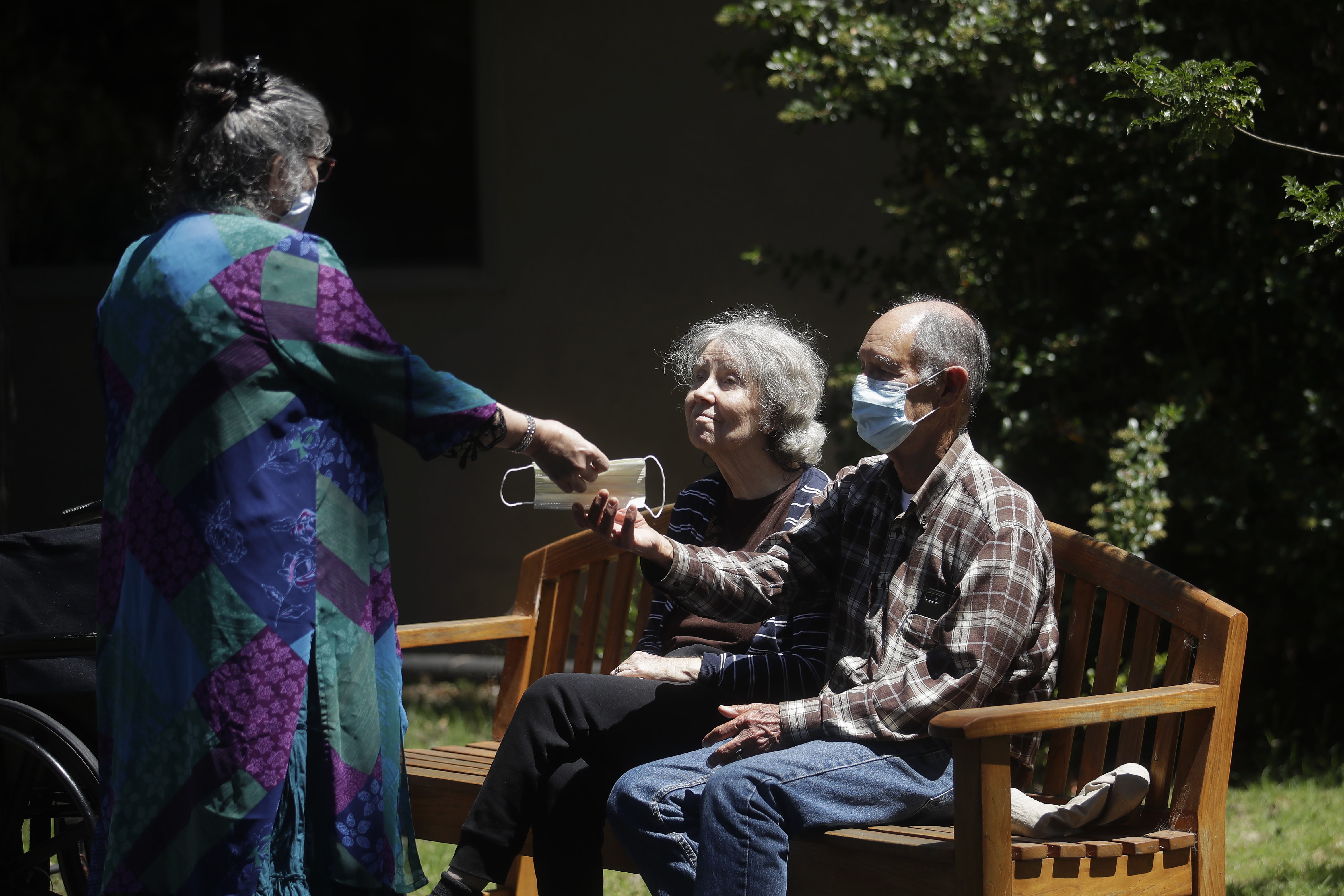 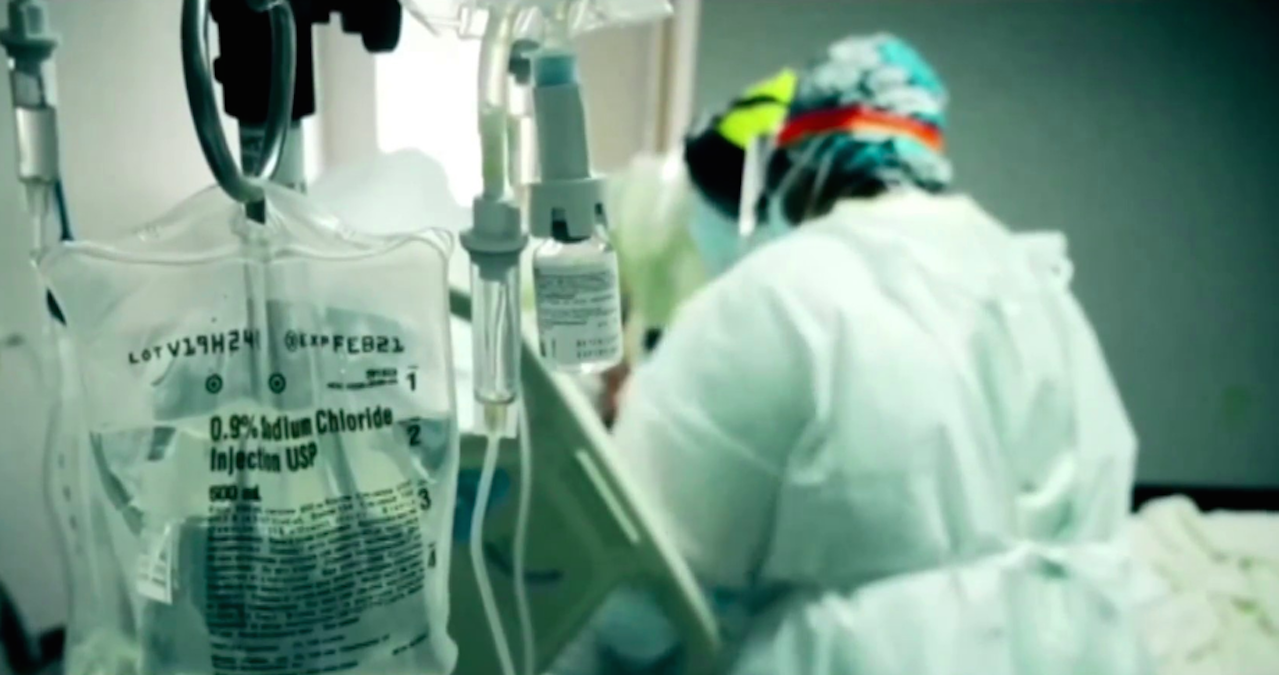 Additionally, another 115 non-Florida residents have died of COVID complications in the state since the outbreak began. Friday's figures also included 581 new resident hospitalizations, the largest one-day increase on record.

The share of all tests coming back positive Thursday was 16.7%. When retests by people who previously tested positive are removed from the calculation, the new case positivity rate was 13.3%. Both are slight increases from the day before, and from the positivity rates over the previous seven days.

In Miami-Dade County, the state's most populous and the current epicenter of the outbreak, there were 3,362 new coronavirus cases reported Friday, pushing the county's total to 98,430 along with 1,370 virus-related deaths.

In Broward County, 1,566 new COVID-19 cases brought the county's total to 46,576, along with 546 deaths. Miami-Dade and Broward combined accounted for nearly 40% of Friday's new cases.

The coronavirus transformed Florida’s nursing homes into closely guarded fortresses beginning in March, with the state banning family visits, isolating infected residents in separate wings and now requiring staff be tested every two weeks. But the explosion of cases statewide is proving that is not enough.

The numbers are already showing the grim reality, underscoring how mask compliance and restrictions in the outside world impact the state’s most vulnerable. In the past three weeks, cases have gone from about 2,000 to some 4,800 at Florida nursing homes. Roughly 2,550 long-term care residents and staff have died overall, accounting for about 45% of all virus deaths in Florida.

“Where you see COVID hot spots, our anxiety level in our centers automatically goes up. Our vigilance goes through the roof,” said Luke Neumann, a vice president at Palm Garden, which has 14 facilities across Florida.

“That’s how societies are judged in part — by how you care for the weak and aged,” Neumann said.

On Thursday, Florida reported its largest increase in virus-related deaths since the pandemic began, but,Governor Ron Desantis continued to cast doubt on the death count being reported by his own state Health Department.

On 'Fox and Friends' Thursday morning, the Governor once again brought up an example out of Orlando about someone who died in a motorcycle crash.

“That was categorized as a COVID death just because the person had previously tested positive,” said Desantis. “We’ve had other incidents in which there’s no real relationship and it’s been counted. So, we want to look at that and see how pervasive that issue is as well.”

NBC 6 reached out to the Florida Department of Health, both in Tallahassee and the division in Miami-Dade, to find out exactly what cases get counted into the state’s dashboard, but they have yet to provide an answer.

However, we did get some insight into the process from Darren Caprara, who is the Director of Operations at the Miami-Dade Medical Examiner’s Office.

“In this case, COVID deaths, because the governor has decreed that it is a public threat, fall under our responsibility to certify,” said Caprara.

Alyssa Hyman examined how the state reports its numbers each day and why some are saying the formula is not correct.

He explained that when his office gets notified about a potential case, they begin investigating it thoroughly, gathering all sorts of medical records, medical history and even test results.

Miami officials said that beginning Thursday, they'd be enforcing steeper fines for those not caught wearing masks in public. Warnings are now a thing of the past, and those caught without wearing a mask will be fined $100 for the first offense, up from the initial $50 fine when masks became mandatory several weeks ago.

Other cities, including Miami Beach, are among those that will also issue fines.

“When I found out on Friday we hadn’t issues one citation in weeks, it really upset me because it’s betraying those who are doing the right thing and setting a bad example for those who have not,” said Miami City Commissioner Ken Russell.

Russell said the city had been focusing on public education and not issuing fines. Now, Miami Police will have a dedicated force of nearly 40 officers focused on mask enforcement.

Miami Mayor Francis Suarez said the possibility of a second shut down of businesses is possible, but nothing will be decided until a second meeting takes place Friday with leaders from the community.

Suarez made the comments at a news conference Thursday, where he also announced the city was accepting $1.3 million for help in rental assistance during the pandemic.