Positivity rate of new cases drops down to 4.08%

Florida surpassed 700,000 coronavirus cases Sunday as the state entered phase 3 of reopening, lifting all restrictions on restaurants and other businesses.

1,882 new COVID-19 cases brought Florida's total to 700,564, according to figures released Sunday by the state's Department of Health. 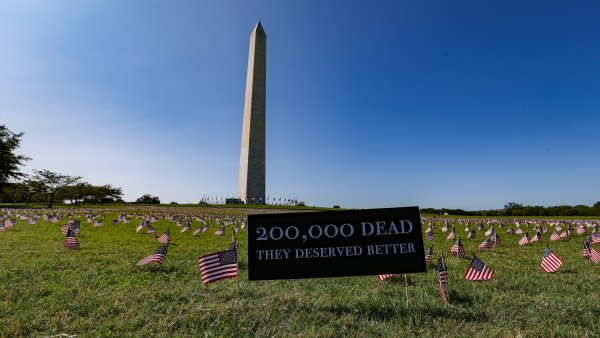 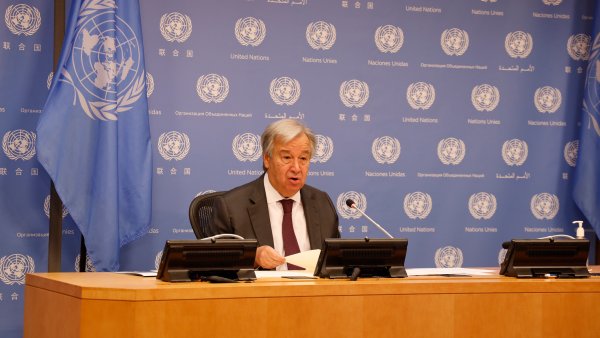 Leaders to UN: If Virus Doesn't Kill Us, Climate Change Will

Deaths confirmed by the state increased by 10, with 14,032 Floridians dying from COVID-related causes to-date. Another 170 non-residents have died in the state from the disease. The combined total was 14,202.

The positivity rate for all cases reported Sunday was 5.34%, slightly below Saturday's rate of 5.47% and the fourth-straight day it remained below 6%.

Gov. Ron DeSantis lifted all restrictions on restaurants and other businesses in Florida on Friday, and banned local fines against people who refuse to wear masks as he seeks to reopen the state's economy despite the spread of the coronavirus.

The Republican governor's order unleashed fresh debate in the politically divided state, where pandemic responses have become intertwined with the upcoming presidential election.

DeSantis, a major ally of President Donald Trump, acknowledged that the pandemic is far from over, but he said the threat has eased and the time has come to reopen for business after six months of “people twisting in the wind.”

The governor’s announcement Friday allows restaurants across the state to immediately reopen at full capacity — and prevents cities and counties from ordering them to close or operate at less than half-capacity, unless they can justify a closure for economic or health reasons.

Gov. DeSantis took local officials by surprise when he announced the state would be entering phase 3 of reopening. NBC 6's Derrick Lewis reports.

“We’re not closing anything going forward,” DeSantis said, while insisting that the state is prepared if infections increase again.

The governor, however, allowed local governments to limit bars to 50% capacity, but added that he was “not going to stand in the way” of allowing them to fully reopen.

As part of his reopening plan, the governor barred cities and counties from collecting fines on people who violate social distancing rules or don’t wear face masks. The governor's order virtually nullifies local ordinances put in place to limit the spread of the coronavirus.

“I think we need to get away from trying to penalize people for not social distancing and work with people constructively,” DeSantis said.

Florida Democrats have bemoaned the governor’s push to reopen as hasty.

“No one is advocating for a full-scale lockdown in Florida. But we have been and continue to ask for common sense prevention measures such as face masks, which are essential to preventing further spread,” state Sen. Audrey Gibson said Thursday.

Some local officials appealed to the governor for continued authority to control the outbreak.

“We’re hoping that the governor will allow us to have deeper restrictions than the rest of the state. We have a greater spread of the virus in South Florida than other parts of the state," Broward County Mayor Dale Holness told WLRN, a public radio station in Miami.

Miami-Dade County Mayor Carlos Gimenez said in a statement Friday that DeSantis' order allows him to continue restricting restaurants to half their capacity. But he acknowledged the county will no longer fine people for not wearing masks.

Gimenez said he was consulting with the county attorney regarding the mask mandate at businesses to ensure compliance with the new order.

Florida's Commissioner of Education sent a letter to Miami-Dade Public Schools Friday, telling the district to reopen by October 5th or provide reasons as to why each individual school could not reopen.

Florida's Commissioner of Education sent a letter to Miami-Dade and Broward county public schools Friday, telling the districts to reopen by October 5th or provide reasons as to why each individual school could not reopen.

In the letter, education commissioner Richard Corcoran told Superintendents Alberto Carvalho and Robert Runcie that the school districts' current plans to reopen were not happening soon enough, completely contradicting the plans the districts had previously submitted to the state.

Earlier this week, Miami-Dade's school board voted unanimously for a staggered reopening plan that would reopen schools no sooner than Oct. 14. All grades would be back and the district fully operational by Oct. 21.

However, Corcoran says the staggered reopening poses "extreme difficulty" for families who rely on schools for "specialized services."

"It is also harmful for students who are experiencing violence, abuse and food insecurity in their homes going unnoticed, many of whom were already struggling to close the achievement gap and will now fall even further behind," Corcoran wrote.

If Miami-Dade and Broward schools do not reopen by October 5th, the commissioner said he would require that the districts provide the following reasons why each individual school could not reopen by next Friday, October 2nd: