Florida Takes a Hesitant Step Toward Reopening Amid Coronavirus Outbreak

"Phase one” allows restaurants, stores, museums and libraries to open at limited capacity and allows elective surgeries to resume

Florida launched a partial reopening Monday allowing restaurants and shops in most of the state to open at 25 % capacity in hopes of kickstarting the ailing economy after weeks of coronavirus -related shutdowns.

Business owners and customers reacted with a range of emotions from elation to trepidation. When longtime customer Ron Rogers walked through the doors of Shakers American Café in Orlando on Monday morning, waitress Jill Lawrence stood, brought her rubber-gloved fingers to her lips and blew him a kiss. She then threw her arms around herself in a self-hug.

After weeks of not visiting Shakers, Rogers was ready for his favorite menu item: smoked salmon. 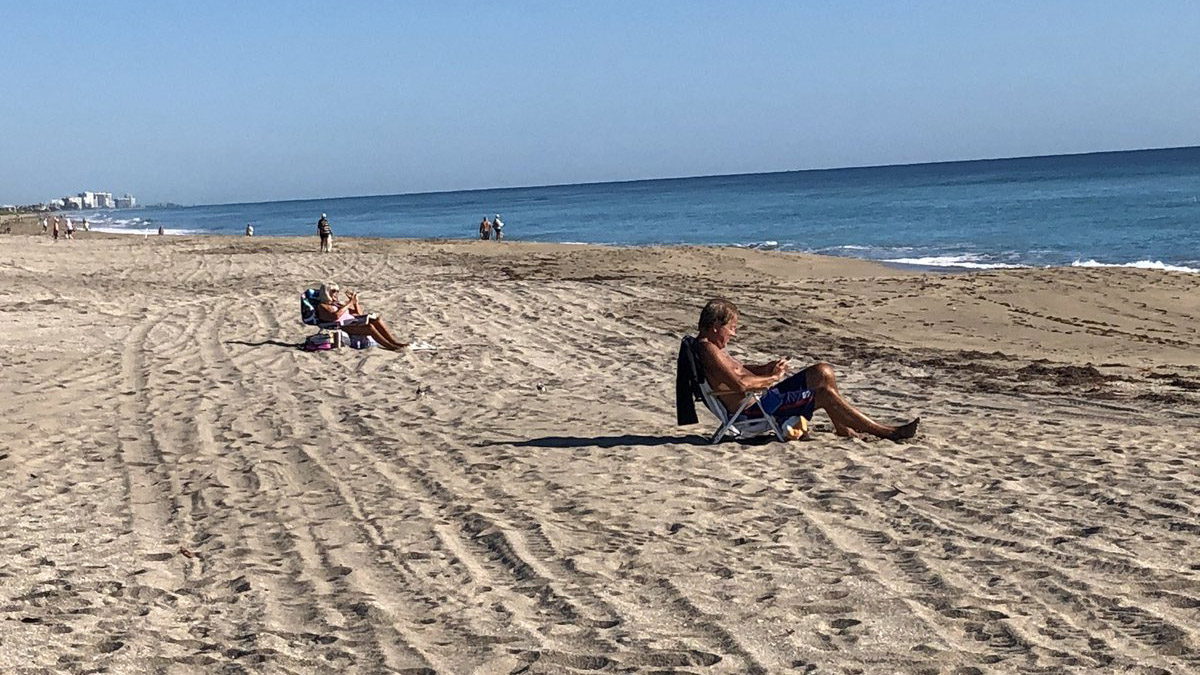 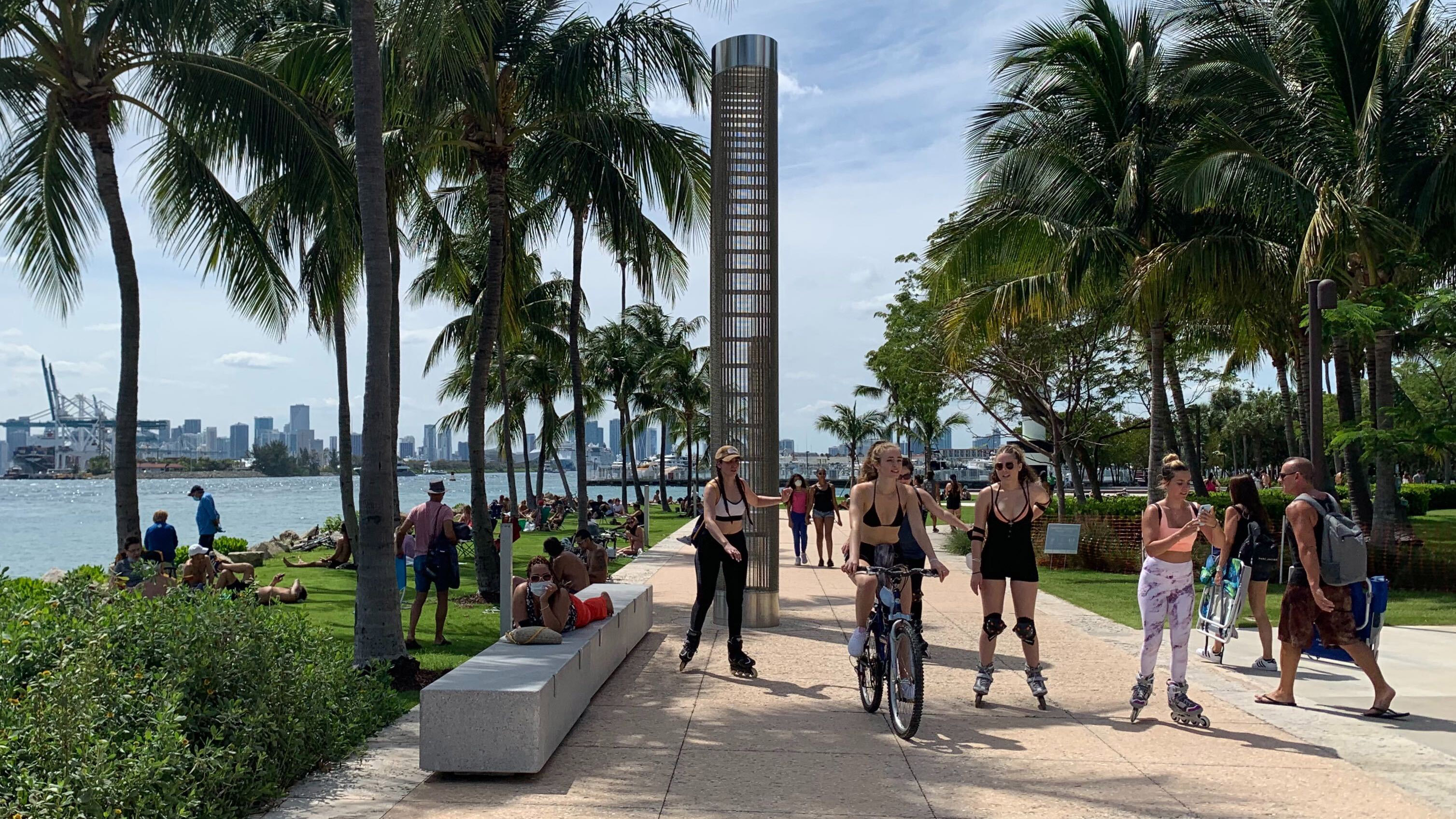 Hand sanitizers were installed at the entrance and by the bathroom of the diner, which gets its name from the hundreds of colorful salt and pepper shakers that line shelves on its walls. Employees were wearing face masks and rubber gloves and had their temperature taken with a laser thermometer before their shift. Papers printed with “Table Closed” were taped to green-topped tables that weren’t being used because of social distancing guidelines.

Florida's "phase one” reopening excludes Miami-Dade, Broward, or Palm Beach counties, where the outbreak was worse and officials wanted more time to ensure the virus was under control.

Restaurants, stores, museums and libraries in the rest of the state could open at limited capacity Monday and elective surgeries were allowed to resume. Sports teams may play, but without spectators. Public schools, however, schools remain shut and students are working through distance learning through the end of the school year.

As of Monday, Florida had nearly 37,000 coronavirus cases, with nearly 1,400 deaths from COVID-19. Cases peaked in early April, drive-thru testing sites were set up around the state, and capacity for those tests has outstripped demand in recent weeks — even when criteria has opened up to any adult who thinks they may have been exposed.

Gov. Ron DeSantis has said the state meets White House criteria for a full “phase one” reopening, but he wants to take limited steps to ensure the outbreak remains under control.

In Tampa’s Ybor City neighborhood, the 115-year-old Columbia Restaurant and its other locations and brands were not reopening right away, said company President Richard Gonzmart.

He said it seemed too soon and that the company has the financial wherewithal to wait a bit longer even with 1,100 employees mostly on furlough. “Opening at 25% capacity, our restaurants can’t be successful. We need to be at about 80%.”

The original Columbia is known as a location for celebrations and special occasions, he added. With just a few people allowed inside, Gonzmart said, “It’s a dismal ambience, like a funeral. We don’t want to open early only to be told there is an increase of cases and have to close.”

That will give the restaurant time to finish moving tables for social distancing and to train their 185 employees on how to work safely.

“This whole thing has been devastating for us to be closed,” Loder said. “If we can open in some fashion, we can start the wheels of recovery in motion.”

In St. Petersburg, Tony Loeffler, the owner of Atlas Body and Home, a men’s apparel and lifestyle shop in downtown, said he is reopening Tuesday.

“We’ve missed all of our customers for the last five weeks," he said, adding that his store hasn't received any financial support from state or federal money intended for small business. “We're doing it with all the precautions that we can. I don’t think that Florida is ready but I don’t know. We feel like we have to do this, even though we feel a little conflicted about it.”

Even in South Florida, there are signs that folks are antsy and want to get out of their homes. Everglades National Park in Florida opened to the public Monday. A line of boaters waited to get in at 7 a.m., and then one boat at a time went into the water.

The state park joined several local ones in South Florida that reopened over the past week.

In Miami Beach, however, authorities were going in a different direction Monday. One park was closed following a rash of warnings to park-goers that they were failing to meet social distancing guidelines, police spokesman Ernesto Rodriguez said.