Some employees of one South Florida school district will be getting their first doses over the weekend while the state reached a grim milestone when it came to the number of people reported who passed away in a single day.

Fauci: The Tokyo Olympics Can Happen Safely — But the World Needs to Commit to Vaccines 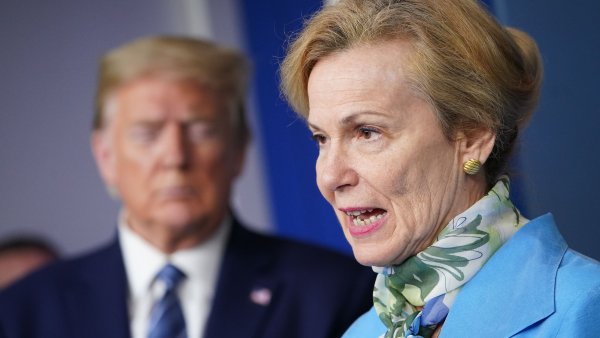 Jackson Health System Fills Up Latest Round of Vaccine Appointments

Saturday morning, the Miami based system announced it was opening a limited number of appointment on their website. Less than an hour after that announcement and not long after opening the site, the spots were filled.

Several different organizations will be giving out vaccines on Saturday across South Florida. Employees of the Broward County Public Schools who filled out the registration form will get a chance to get their doses from 8 a.m. to 4 p.m. ID is required and employees are the only people eligible at this time.

Those who use the William Kling, Hollywood, Pembroke Pines and Deerfield facilities in Broward can their vaccines at the William Kling VA Center (9800 West Commercial Boulevard, Tamarac) starting at 9 a.m.

Free Vaccinations for Seniors in Opa-Locka

Seniors 65 and over can make an appointment for a free COVID-19 vaccine at the Helen Miller Community Center on Saturday.

Appointments can be made by calling 305-953-3092 or 305-681-6048. The event, which is being held from 9 a.m. to 5 p.m., is organized by Florida State Representative James Bush, the Florida Division of Emergency Maintenance, the City of Opa-locka and Pastor Joseph Kelley.

The event is hosted by Holy Temple Missionary Baptist Church.

Hospital systems, municipalities and all other organizations that administer coronavirus vaccines in Miami-Dade County will have to start publishing daily updates on their progress, mayor Daniella Levine Cava announced Thursday.

Levine Cava's executive order goes into effect on Saturday. Hospitals will be required to report certain information on their vaccine administration-- including the number of appointments offered, the type of vaccine offered, the eligibility for who can receive a dose, and more.

Demographic information, such as the zip code, age, gender and racial breakdowns of those vaccinated, will also be included.

Another 272 virus-related deaths among Florida residents were reported Friday, bringing the total to 25,011.

An additional 394 non-resident deaths have been confirmed in the state to-date, five more than were reported on Thursday.

Florida's daily vaccine report showed about 1,110,000 people have received the first dose of the COVID-19 vaccination since the state started administering the vaccine in mid-December. Just under 140,000 have received the second booster shot.

Broward Vaccine Site Will Relocate to Another Park

People who received their first dose of the COVID-19 vaccine at Holiday Park in Fort Lauderdale before Jan. 22 are being told to get their second dose at Snyder Park.

As of Saturday, Jan. 23, Holiday Park will no longer serve as a vaccination site. Starting Tuesday, Jan. 26, 2021, COVID-19 vaccines will be administered at Snyder Park, 3299 SW 4th Ave., Fort Lauderdale, by appointment only.

Officials said the relocation will enhance service and traffic flow.

Florida Gov. Ron DeSantis had a made-for-TV moment: A 100-year-old World War II veteran getting a vaccine against the coronavirus. “An American hero,” the governor proclaimed Friday, would be the 1 millionth senior in his state to get a lifesaving shot in the arm.

As it turned out, the assertion was premature, and the Republican governor later walked back the claim, saying instead that the injection was symbolic of the state being on track to hit 1 million doses soon.

State officials acknowledged that it could take a few more days to reach the milestone. DeSantis' own health department reported that, as of Thursday, fewer than 840,000 seniors had received the shot.

For the last several weeks, when and where you can get the vaccine has been the focus for many.

However, for the thousands still testing positive for COVID-19 each day, news of a seemingly promising treatment has been somewhat overshadowed.

Since early December, Memorial Hospital Pembroke has been offering monoclonal antibody treatments to patients who qualify under the Emergency Use Authorization. It’s the same treatment former President Donald Trump received in October.