Residents across the state of Florida will get a chance to get their vaccines from a slightly younger age group than what was allowed before - while Jackson Health is expanding their eligibility even more. 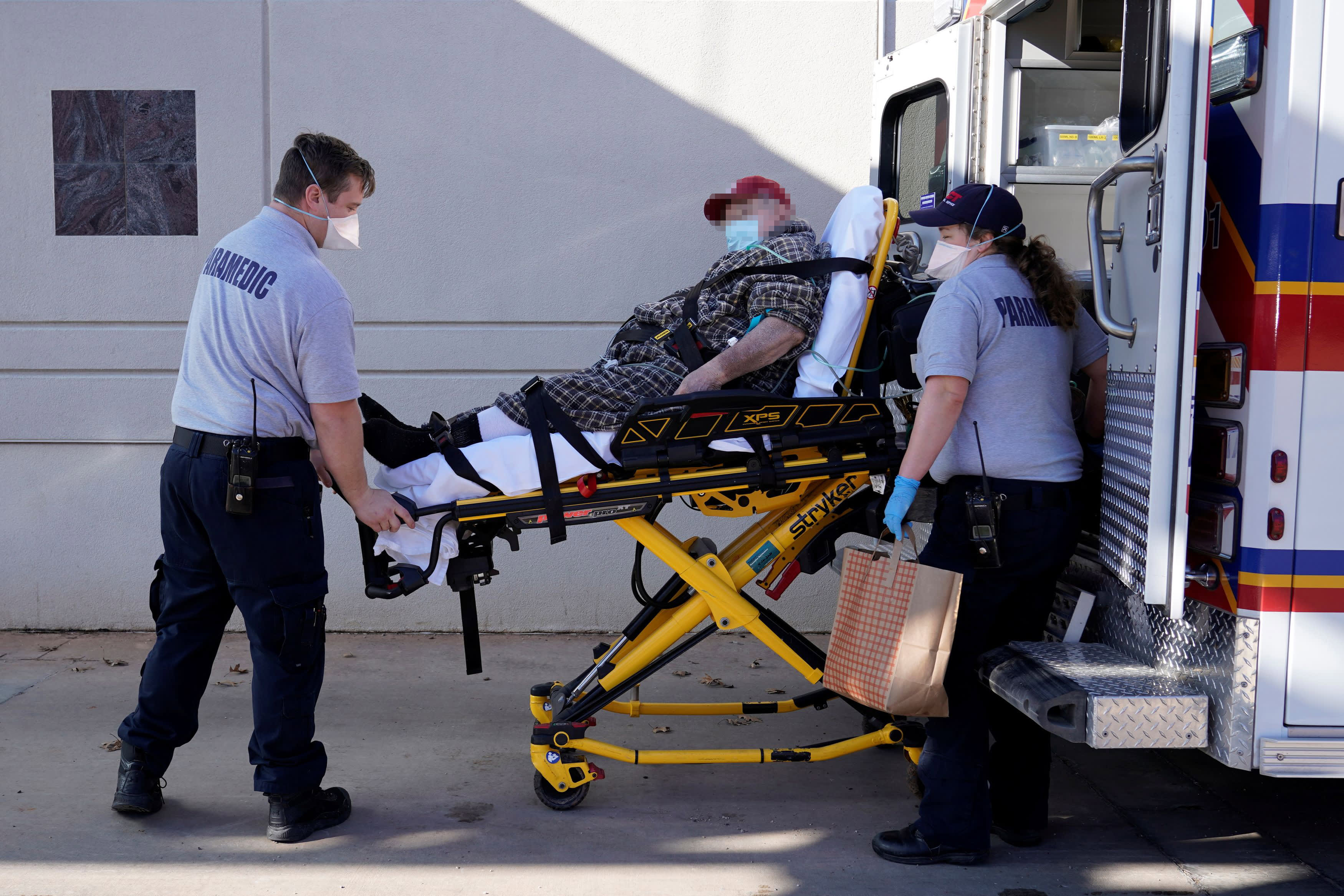 Many who were not eligible under current state guidelines were able to receive their COVID-19 shot Tuesday at a FEMA vaccination site on Miami-Dade College's North Campus.

Exactly whose decision it was to ignore the state’s criteria is unclear. FEMA was adamant it was not up to them, and the state said the governor’s guidelines should be followed.

A FEMA vaccine site became a place of conflicting information. Some people say they just showed up at the federal site -- with just an ID -- didn't show any more documentation -- and got their shot. NBC 6's Alyssa Hyman reports

But not everyone who showed up at the site Tuesday was lucky -- one 16-year-old said he was turned away despite having documentation from his doctor and parents because he’s underage.

And then there were the people who were turned away for not coming to the site in a car. Miami-Dade police said that's what site staff told them to do, but the state maintained should not have happened.

Memorial Healthcare System announced Tuesday that it is expanding COVID-19 vaccinations to include current Joe DiMaggio Children's Hospital patients who are 16 or 17 years old with certain high-risk medical conditions.

Eligible patients must be permanent or seasonal Florida residents and must have completed a Joe DiMaggio Children's Hospital physician office in-person or telehealth visit, or must have visited a JDCH or Memorial Healthcare System Emergency Department,  24/7 Clinic, urgent care centers or hospitals within the last 12 months for one of the qualifying high-risk medical conditions.

For a limited time, two “hub” vaccination sites in Miami-Dade County will be relocated.

Both satellite locations will be open seven days a week from 9 a.m. to 5 p.m. until Wednesday, March 10th. They are located at:

However, from Tuesday, March 11th to Wednesday, March 17th, the two sites will close and relocate to the following locations:

At this time, the Florida Department of Health has not announced if the locations will be relocated back to their original sites.

Jackson Health System to Expand Vaccination to Some Florida Residents 16+

Jackson Health System announced Monday it is expanding its criteria for COVID-19 vaccinations at its three sites to include certain Florida residents ages 16 and older.

Jackson will open its online appointment portal Monday and people who meet the above-mentioned criteria can obtain an appointment for Tuesday.

Florida COVID Vaccine Eligibility Lowering to Include Anyone 60 and Older: Gov.

Speaking at a news conference in Tallahassee, DeSantis said all state drive-thru vaccination sites as well as all pods and pharmacies will expand to include people 60 through 64, which makes about 1.4 million more Floridians eligible.

The state has been offering vaccines to people 65 and older since they became available in December, along with first responders. Last week, the state also began offering them to law enforcement and firefighters 50 and older, as well as all teachers and school staff under new federal guidelines.

At the direction of the federal government, any retailers participating in the Federal Retail Pharmacy Program are required to prioritize all K-12, child care teachers and personnel for vaccine appointments until further notice.

Among those elegible are:

Publix is set to follow this new directive during its next available COVID‑19 vaccine scheduling opportunity on Wednesday, March 10th.