A new option was launched in one South Florida county to allow senior citizens to make their appointments - while Florida's Governor is responding to comments made by the White House regarding how the state is handling their dosage distribution. 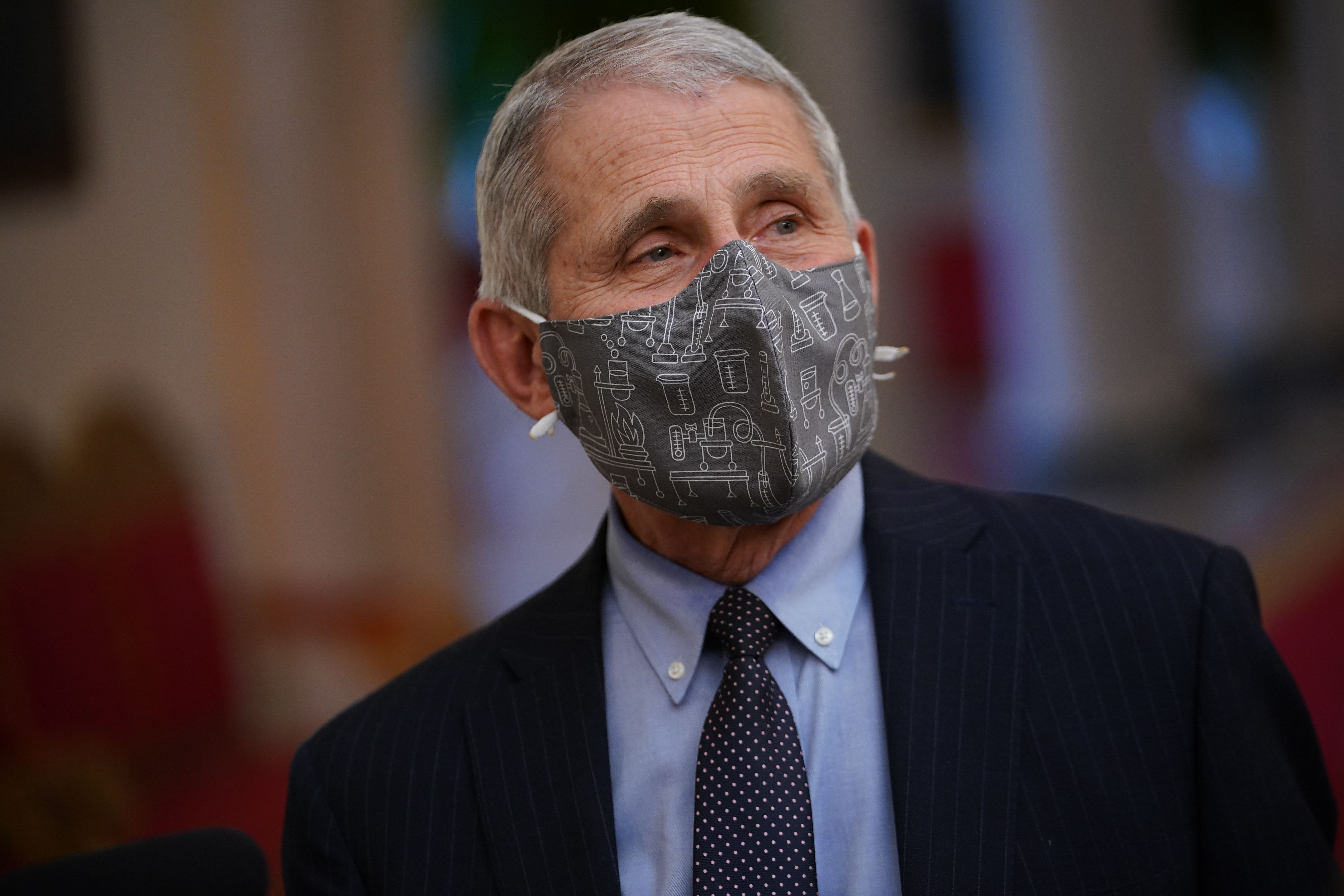 Dr. Fauci Shares Why He ‘Started to Cry' on Hearing of a COVID-19 Vaccine Breakthrough in Emotional NBCLX Interview

After being shut out by the state, Miami-Dade County is set to receive 2,700 new doses, a move that allows them to resume vaccinations at Tropical Park, Zoo Miami and a new site at Miami-Dade College’s North Campus.

The county decided to open a site in the north end of the county to address low vaccination rates among African Americans.

Health experts say vaccine skepticism, the lack of access to computers to make an appointment, and a car to drive to vaccines sites like Marlins Park, is fueling the divide.

In Liberty City, a team of paramedics with Miami Fire Rescue paid a visit Wednesday to a senior living community made up mostly of Black residents. They inoculated about 100 seniors, and are to set to visit two other communities later this week.

The 8,408 new confirmed COVID-19 cases brought Florida's total to 1,676,171 since the outbreak began, according to figures released by the state's department of health. It marked the fourth straight day the state has reported fewer than 10,000 new cases.

Gov. Ron DeSantis announced in a tweet late Tuesday that Florida will be receiving 307,000 first doses from the federal government next week.

DeSantis says the state's priority is work on vaccinating those 65 and older.

The phone number - 305-614-2014 - began accepting appointments at 2 p.m. Appointments can also be made at miamidade.gov/vaccine. The new number was set up to make it easier for vaccines to be distributed more efficiently to seniors 65 and older, county officials said.

The county is also opening a new vaccine distribution site at Miami Dade College North Campus this week, and will reopen the vaccination site located at Zoo Miami. All county vaccination sites are by appointment only.

The effort to get more COVID-19 vaccines in Florida has DeSantis clashing with President Joe Biden's White House over the number of doses the state is receiving and how they're being administered.

DeSantis has said the flow of vaccines from the federal government has been stagnant and the state needs more to meet the increasing demand from residents. He said the state has been receiving about 266,000 doses per week but has the capacity to administer more.

At a White House briefing Monday, press secretary Jen Psaki pushed back against DeSantis' comments criticizing the federal government, saying Florida has only administered about half of the vaccines it has been given.

The Snyder Park site is replacing Holiday Park, which closed over the weekend.

Mayor Dean Trantalis said about 11,000 vaccinations were given at Holiday Park, but said Snyder Park is a larger site with better traffic flow and can be expanded as supply increases.

A former "Paramedic of the Year" in Florida is facing charges after authorities say he helped a supervisor steal doses of the COVID-19 vaccine that were meant for firefighters.

Polk County Sheriff Grady Judd held a news conference Tuesday to announce the arrest of 31-year-old Joshua Colon. Judd said Colon had been given three vials of the Moderna vaccine containing 10 doses each to administer to other first responders.

Colon later falsified paperwork and created fake names and even email addresses of firefighters who he claimed he had given the vaccine, Judd said.