No symptoms are necessary to be tested, but you do need to make an appointment before you can take the test

Fort Lauderdale opened their first drive-thru coronavirus testing site in its city limits Thursday allowing residents to get tested during the pandemic.

The site opened at 9 a.m. at the Holiday Park located at Sunrise Boulevard and Northeast 10th Avenue and is open to anyone over the age of 18 years old. Residents began lining up before the doors opened to get a chance to get tested. 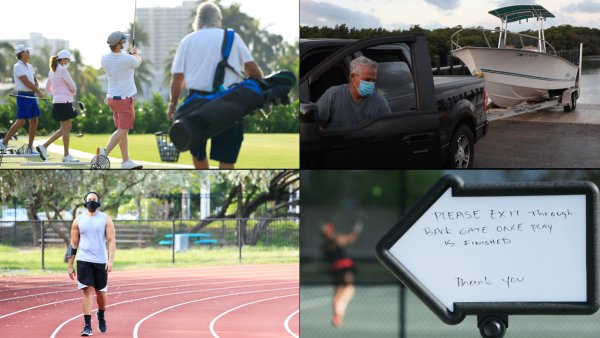 “I had the virus, but I’m two weeks clear of any symptoms," said Daniel Haslam, who arrived on his 66th birthday after saying he felt ill six weeks ago but did not have symptoms associated with the virus.

“We’re seeing a turnaround time of about ten to fifteen minutes from when they enter the front gate to when they go through the line to get the swab done," said Fort Lauderdale Fire Rescue deputy chief Jeff Lucas.

Fort Lauderdale’s first site joins others in Broward County, including locations in Lauderhill and Pembroke Pines, along with others in Miami-Dade County that include Marlins Park, Hard Rock Stadium and Charles Hadley Park that have recently expanded their testing criteria to allow more people to be tested.