The cold weather slamming much of the country isn’t only affecting humans, animals are also feeling the chill – especially alligators.

A video of alligators going into survival mode is making its way away around social media. In the new video posted Tuesday on Facebook, gators are seen hibernating underwater with their noses sticking out of frozen water at Shallotte River Swamp Park in North Carolina.

The gators poke their snouts out of the water before it freezes over to be able to breathe. Then, they lower their body temperature and metabolism underwater and slip into a peaceful hibernation. 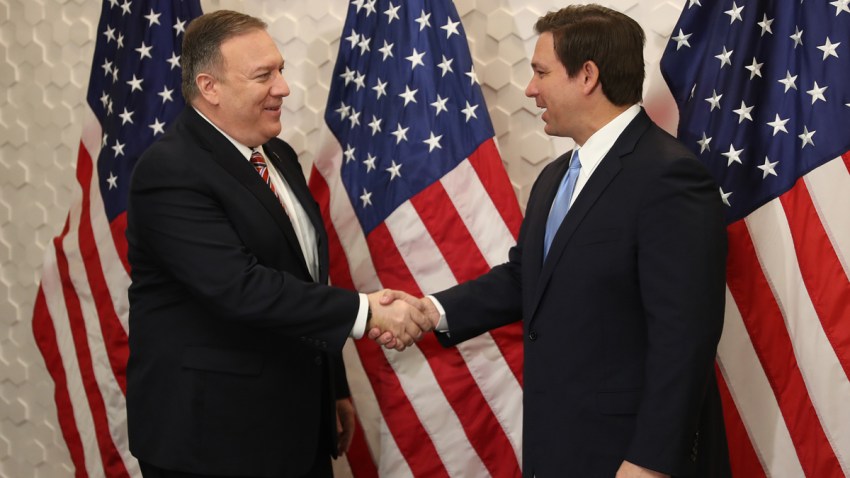 Suspects in Custody After High-Speed Police Chase in South Florida

“All of our alligators in ice here,” said park manager George Howard in the video. “Eighteen American alligators are thinking ahead as they poke their noses up through the ice.”

The frozen gators may be quite the sight to see, but it’s not the first time it has happen at the swamp park. The gators froze underwater around the same time last year as cold weather hit the area.

As the water thaws out, the gators will eventually come out of hibernation – or at least until it freezes up again.