LaToya Ratlieff, 36, is seeking unspecified monetary damages for the injuries she suffered on May 31, 2020 during a Black Lives Matter protest

A protester who suffered eye damage when a rubber bullet fired by Fort Lauderdale police struck her in the face during a 2020 protest over George Floyd's murder filed a federal lawsuit this week accusing the officer and the department of violating her civil rights.

LaToya Ratlieff, 36, is seeking unspecified monetary damages in her lawsuit against Fort Lauderdale, Detective Eliezer Ramos, who fired the rubber bullet, and five other officers for the injuries she suffered on May 31, 2020. She was taking part in a Black Lives Matter protest that drew thousands over Floyd's videotaped slaying six days earlier by a Minneapolis police officer who knelt on his neck for eight minutes.

A bystander’s video shows Ratlieff was struck as she choked on tear gas that had been fired by officers and stumbled into a street. She suffered a broken right eye socket, nerve damage to that eye and a 20-stitch gash to her forehead that left a scar. Her attorneys say she also suffers migraines and mental trauma. 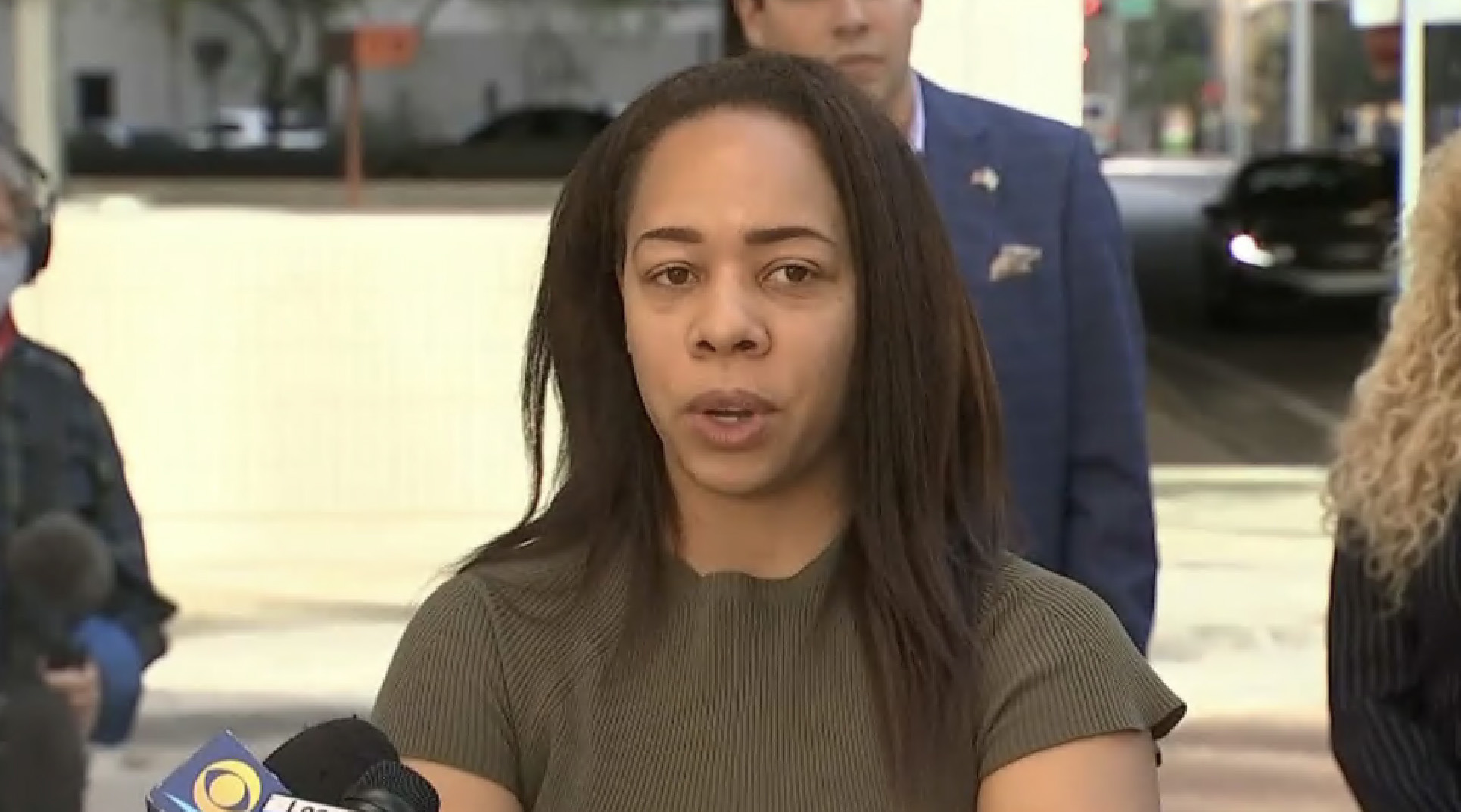 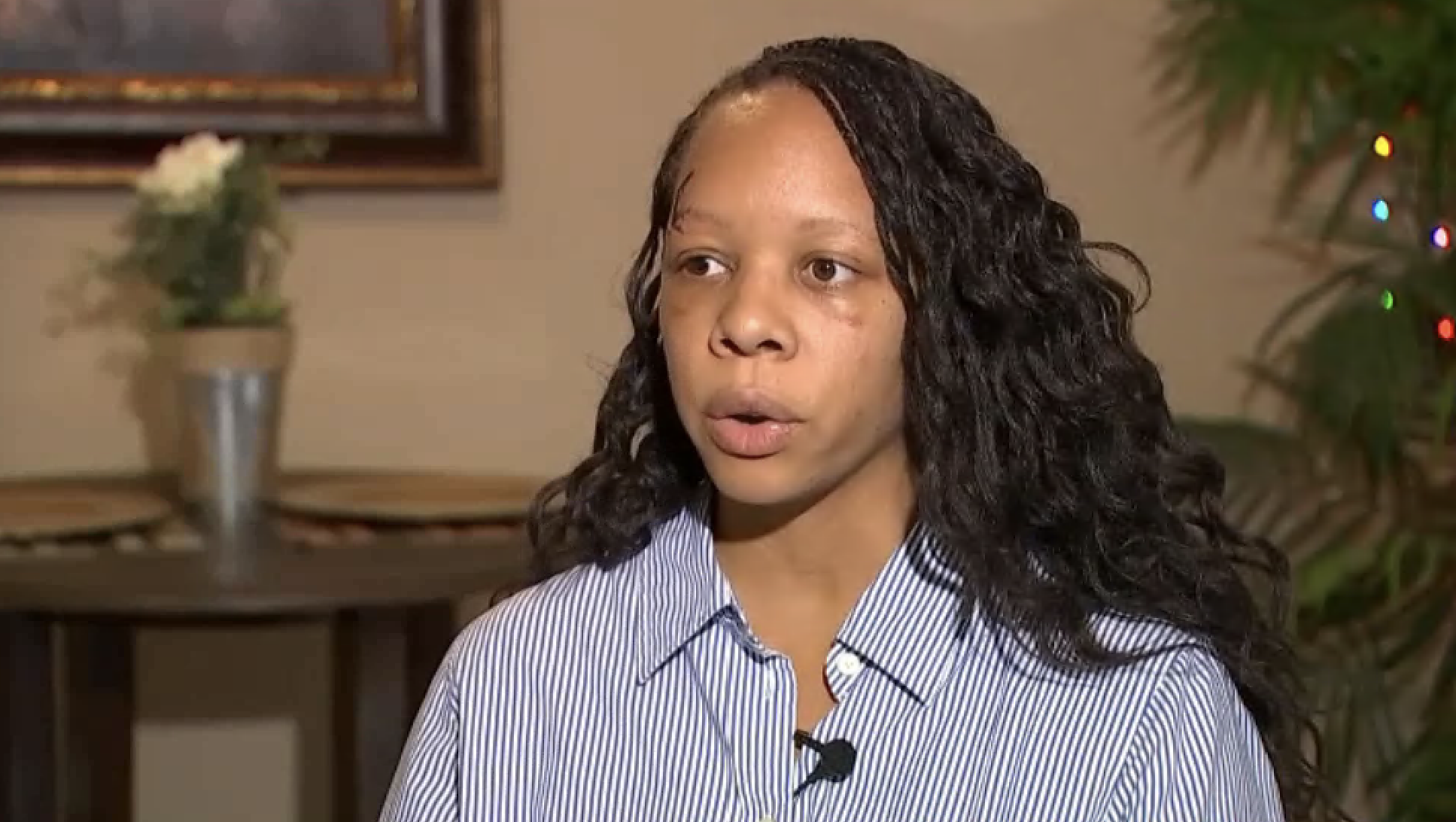 The round that struck Ratlieff was made of collapsible, hollow foam that is typically filled with a chemical irritant. According to its manufacturer, it is about the size of a golf ball, weighs slightly less and has an initial velocity of 200 mph (320 kph). The rounds are supposed to be aimed at the legs and buttocks as they can be lethal if they hit the head or chest.

“Two years ago, I came to Fort Lauderdale to raise my voice against police brutality. Today, I return to do the very same,” Ratlieff said in a statement read by her attorneys at a Thursday news conference outside Fort Lauderdale police headquarters. The lawsuit was filed on Tuesday. “I have every reason to believe that if the same circumstances were repeated today, the risk of someone becoming the victims of brutality at the hands of the Fort Lauderdale Police Department are as high as they have ever been.”

A police department investigation in December cleared Ramos of wrongdoing, saying he was aiming at a man who had thrown a tear gas canister back at officers when Ratlieff walked into his line of fire. The department's then-interim chief also issued an apology to Ratlieff. A department spokesman said this week it does not comment on pending lawsuits.

LaToya Ratlieff, the protester who says police cracked her skull by shooting a rubber bullet during a racial justice protest in Fort Lauderdale, is hoping for change. NBC 6's Phil Prazan reports.

The police investigation put the blame for the violence on some of the protesters, saying they had come to the city looking to start a confrontation with officers. Some bottles and rocks were thrown at officers — but Ratlieff’s attorneys say that only began after an officer pushed a kneeling woman to the ground.

The lawsuit alleges that Fort Lauderdale police did not train its officers on how to use the weapons in crowd-control situations and that state law bans the firing of tear gas or rubber bullets into a crowd without first giving a warning to disperse and then ample time to leave.

Stuart Ratzan, Ratlieff's lead trial attorney, said the protest had been peaceful and lawful for several hours until police fired without warning.

“To open fire on American citizens who are asking you to stop using violence against them — there is no excuse for that," Ratzan said.