President Donald Trump was in Miami Friday afternoon to announce changes to the U.S.-Cuba policy.

Florida Gov. Rick Scott, Senator Marco Rubio and Cuban journalist Cary Roque were among those who joined Trump in Little Havana for the signing of the policy, restores some travel and economic restrictions on Cuba that were lifted under the Obama administration.

To learn more about each person who surrounded Trump, hover over the circles on the photo below: 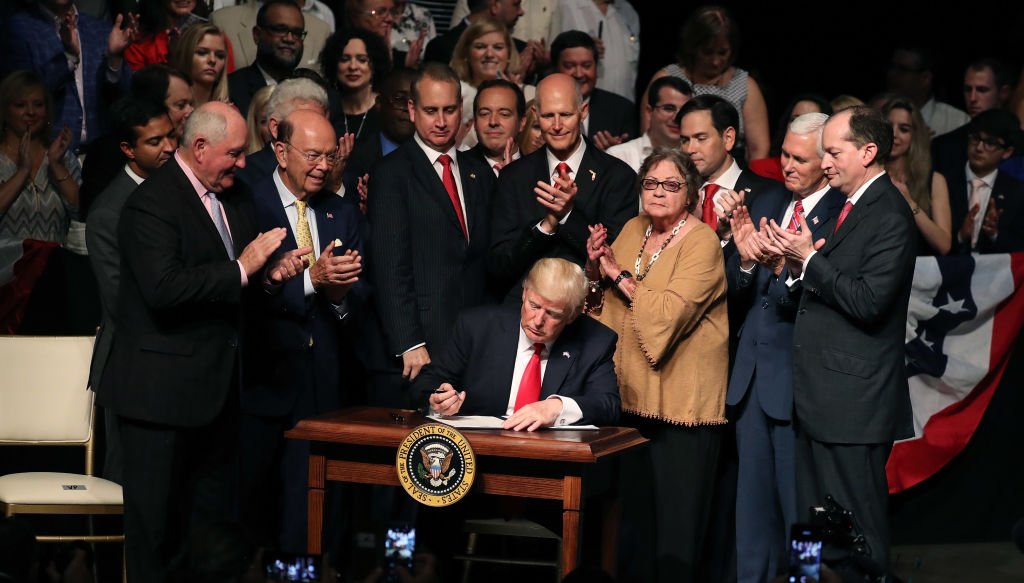