“Don’t let these obstacles hold you back, you always have to have determination and resiliency and perseverance"

Nia Nelson knows her away around Aventura Hospital.

The iPrep Academy senior, who graduated Tuesday, has been a volunteer high school intern at the hospital for nearly two years.

“It was comfortable here, I enjoyed doing it, even though it was school assigned, I really appreciated the opportunity to intern here,” Nia said.

Nia says she didn’t mind taking three buses to get to the hospital because being there was an escape from her other reality: she and her family were homeless.

“It was hard,” Nia said, wiping tears from her eyes. 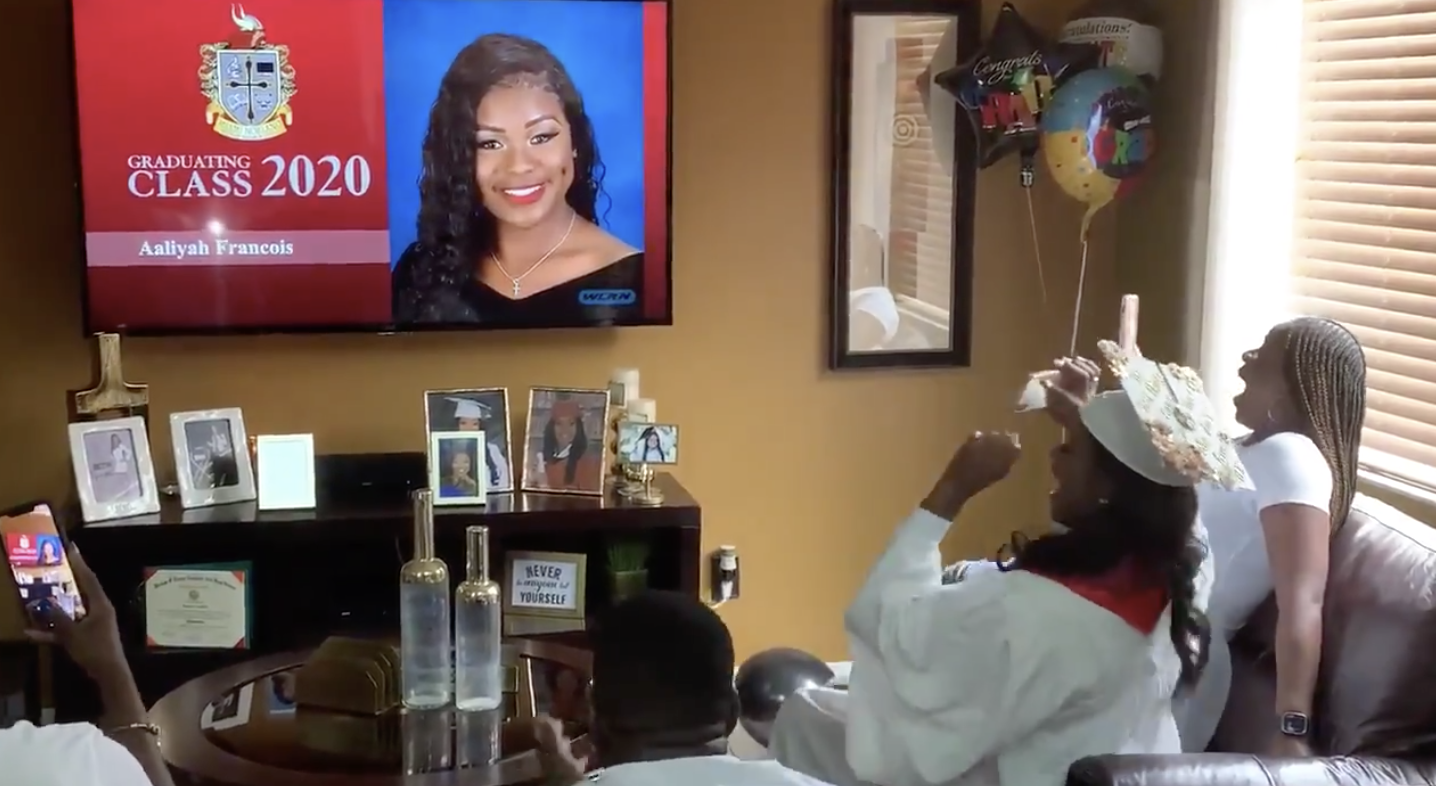 ‘We Did It': Graduating Seniors Find Silver Lining Amid Pandemic 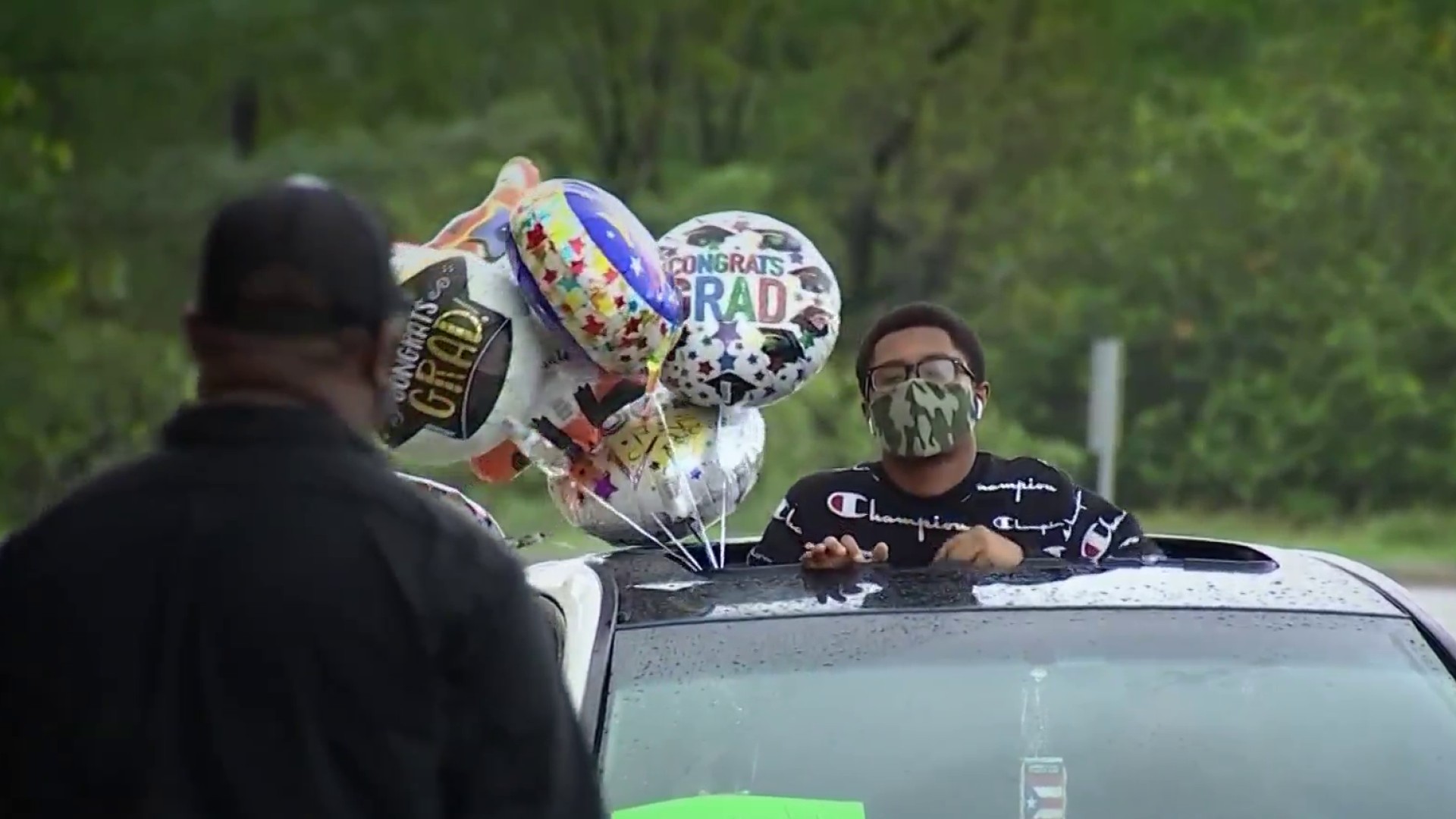 On Last Day of School, Miami-Dade Reflects on What's Ahead

Even though she often had to worry about where she was sleeping from night to night and whether or not she’d have dinner to eat, Nia never made excuses.

She just worked and succeeded. She took honors and AP courses, earned a 3.9 GPA and a full scholarship to Florida International University. She also never told anyone at the hospital that she was homeless.

“A part of me did want to say something but it kind of wasn’t my place,” Nia explained. “I wouldn’t say embarrassment because I don’t care about the judgement of others.”

“We are very proud of her and we wish we would’ve known to help her out ourselves,” said Ricky de Jesus, director of cardiovascular services at the hospital.

The health care professionals who mentored Nia found out she was homeless by chance. One of them saw a profile of Nia on NBC’s Today on Sunday.

“The hardest part of being homeless was carrying the pain, and I brought it to school,” Nia told Today.

She was describing how she kept her homeless status secret from everyone at iPrep until finally, she gave in and told a counselor. That counselor contacted the Chapman Partnership, which placed Nia and her family in a shelter and began providing sorely needed services to the family.

“I had to do a double take, and I had to rewind it,” said Richelle Doliner-Waxberg, the hospital’s volunteer services manager. “And I watched the segment again and I started to cry because it was Nia.”

Doliner-Waxberg told her colleagues what she had discovered about their intern.

“I was heartbroken because I work with her the most,” said charging specialist Marsha Staple.

Imagine the commitment It takes to succeed in high school while living in a homeless shelter, then imagine being in that position and still volunteering more than 400 hours at a hospital. That’s what Nia has done.

“She’s a hero to still come and have this positive energy, she never told me no, she was always waiting to do more than I asked her to,” Staple said.

This hospital experience has molded Nia. She wants to become a nurse, and she has her own prescription for life’s ailments.

“Don’t let these obstacles hold you back, you always have to have determination and resiliency and perseverance,” Nia said.

Those qualities are ingrained in this kid, and they will take Nia as far as she wants to go.

The scholarship to FIU is part of the university’s Fostering Panther Pride program, which supports homeless and foster students.

“The dedication that she showed, the compassion and her attitude, she has a job with me as soon as she graduates,” de Jesus said.