Christopher McKenna testified that he had been in English class and had gone to use the bathroom when he became the first to encounter Nikolas Cruz in a corridor just before the carnage began on Feb. 14, 2018.

"He had a rifle in his hand,” said McKenna. “I was stunned for a minute and he said, 'get out of here, things are going to get bad.’”

McKenna ran outside and that’s when he heard the gunfire coming from inside the school.

Survivor Christopher McKenna testifies at the sentencing trial of the Parkland school shooter.

McKenna said he was driven to safety on a golf cart by assistant football coach Aaron Feis, who was killed in the shooting.

At one point, McKenna was asked to identify the person he saw with the rifle and stood up and pointed at Cruz.

Next on the witness stand was William Olson, who was wounded in the shooting and recalled the moment he was hit by gunfire.

He was stunned like many in the school on that Valentine’s Day in 2018.

"I don’t know [how it happened] but I realized I was wounded when I was lying in front of the teacher’s desk," said Olson. 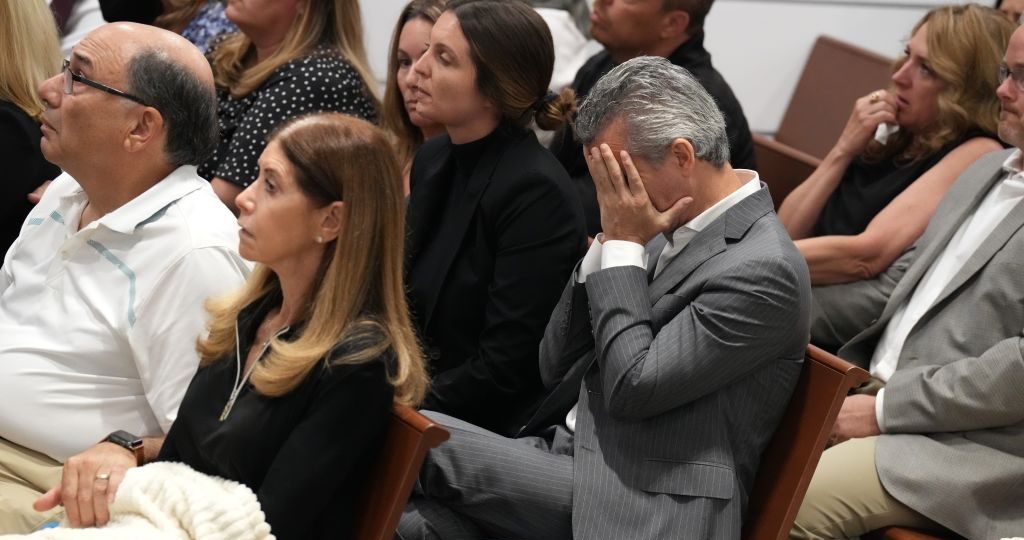 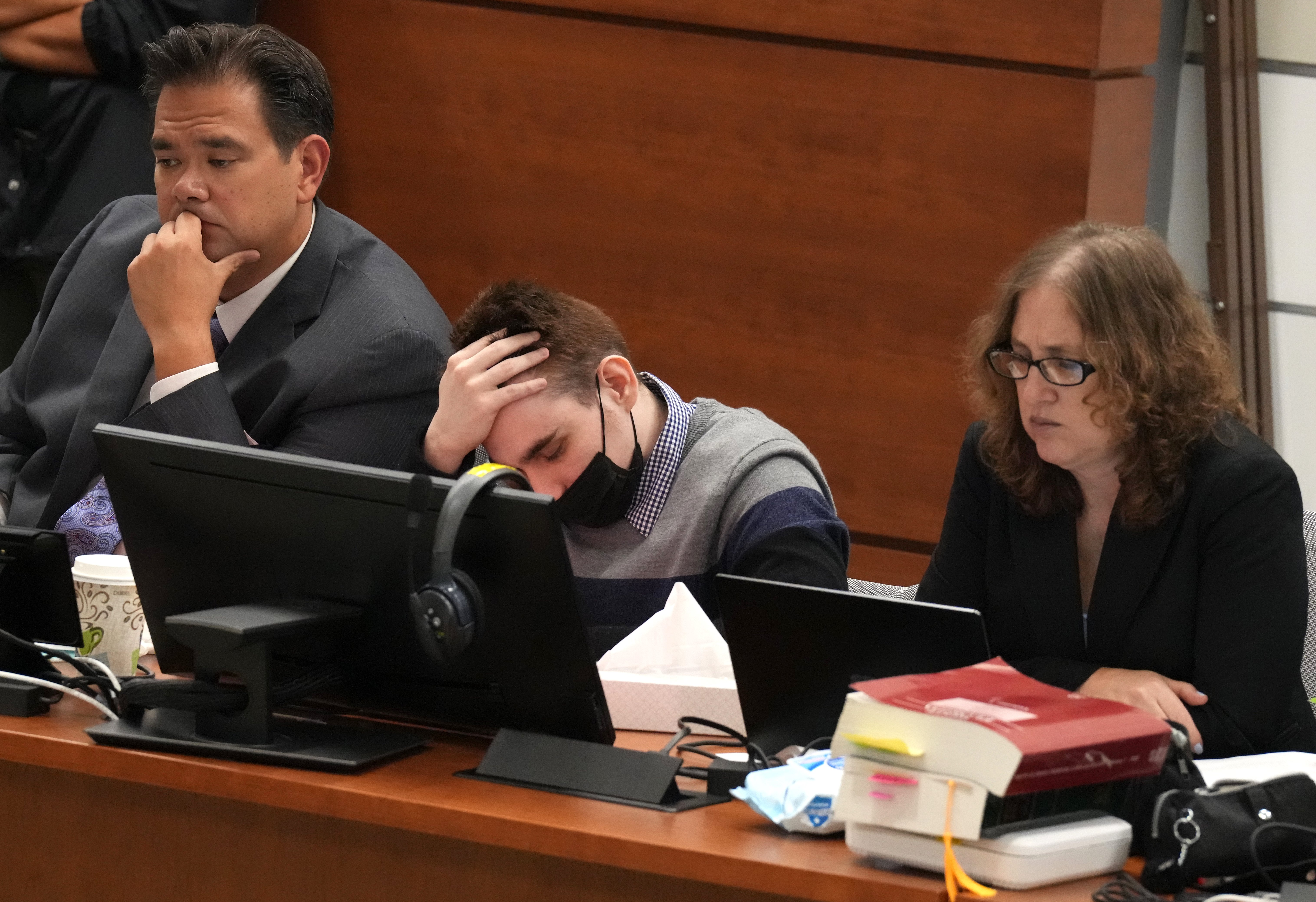 Alex Dworet testified next. He was also wounded in the shooting.

His brother Nicholas was killed by the gunman.

“I still didn’t want to believe it was a shooting,” Alex Dworet said. “I wanted to stay calm."

Parkland survivor Alex Dworet testifies at the sentencing trial of the gunman.

Former student Isabel Chequer testified that she was in history class when the gunfire rang out.

“I think I heard three or four shots. I immediately knew what it was so the whole class went to each corner of the room," she said.

Chequer said she got behind a filing cabinet but was grazed twice by bullets. Then she said she realized classmates Nick Dworet and Helena Ramsay were dead.

"“I saw Helena, I noticed that she had passed away," Chequer said, fighting back tears. "After that I began to freak out a little bit."

English teacher Dara Hass testified that she thought it was a drill at first.

"We heard the pop-pop-pop, the sound of the gunshots. It happened quick,” she said. "My first instinct was it was a drill so I went to shut the blinds but the sound, it was so loud."

Hass said multiple students who had been in her class didn't survive.

"I remember shaking and telling the students to go where they need to go, it was a drill. The students were screaming, students were coming to my desk and screaming and shouting," Hass said. "I saw that it was not a drill."

NBC 6's Julia Bagg has the emotional moments during day two of the death penalty trial.

Former student Daniela Menescal also thought a drill was underway until she was hit by a bullet from the gunman.

"When I told my friend, 'don’t worry, it’s probably a drill,' and then I felt a sharp pain in my back," Menescal said. "I looked down and noticed my white pants were full of blood and I realized it wasn’t a drill."

Former MSD student Samantha Grady said she and her friend Helena Ramsay were in a Holocaust history class discussing the 1936 Olympics when the gunfire erupted. Ramsay was one of the 17 killed in the shooting.

"She tapped my shoulder and said my name and that’s when I moved," Grady said. "My friend Helena said grab a book [for protection]."

Grady said she was hit in the chest and grazed on her side.

Samantha Fuentes was in the same classroom as Grady. She said she saw the gunman opening fire.

"During the shooting my vision and hearing went away for a while, not knowing what was happening," Fuentes testified. "I looked at the door and Cruz was standing there firing."

Fuentes said after the shooting stopped, she and her classmates were checking the pulses of Nick Dworet and Helena Ramsay to see if they were still alive but they didn't have pulses. She said she was covered in blood from her classmates and from taking a bullet in her left leg.

"What I saw would disgust you," Fuentes said.

So far, 20 people have testified over two days, including 12 students, three teachers, a vice principal, a video technician and three FBI agents.

The defense team has yet to cross examine any of the witnesses the state has put on the stand so far.

Cruz’s lawyers have decided to wait until the state has presented all of its witnesses and evidence before giving opening statements and making its case for a life sentence.

Jurors on Tuesday also got to see some of the silent security camera video that followed Cruz around the school.