The parents of a four-year-old boy who was circumcised at a Miami hospital against their wishes are suing the facility.

Vera Delgado, whose infant son Mario Viera was circumcised at South Miami Hospital in August, will announce the multi-million dollar lawsuit Monday afternoon with her attorneys from the Aronfeld Trial Lawyers.

According to Delgado's attorneys, Viera's parents told South Miami doctors several times that they did not want him circumcised. Though Viera had spent over a week in the NICU for birth-related complications, at one point, he was taken out of the NICU and the circumcision was performed. 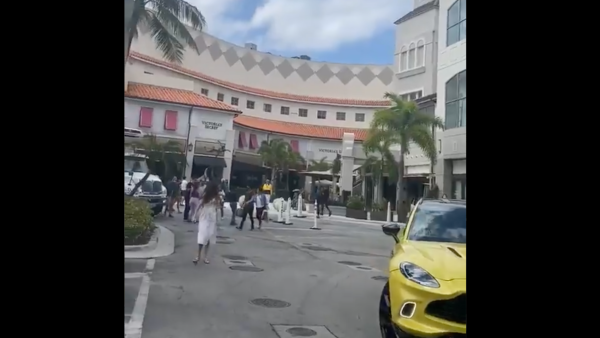 Authorities Respond to Aventura Mall Amid Reports of Shooting

Delgado's attorneys claim the circumcision was performed without Delgado or her husband's consent.

"We will file a multi-million dollar lawsuit against the hospital and doctors who performed the irreversible amputation of this helpless baby's functioning tissue," read a statement on the Aronfeld website. "We take the position that the procedure constitutes more than just medical malpractice, it is a battery and a human rights violation with lifelong consequences."

South Miami Hospital released a statement saying the procedure was a mix-up.

"The baby's circumcision was an unfortunate mistake caused by a misread consent form. As soon as the error was discovered, the doctor and nurses let the family know what had occurred. We also immediately implemented new processes to ensure this mistake will not occur again," the statement read. "The procedure itself was performed following appropriate surgical guidelines and the baby didn't have any complications. Nevertheless, we're all deeply sorry that this happened."

Viera is now home with his parents, and though he didn't suffer any complications from the procedure, his mother said the damage has already been done.