Life Under Siege: Israelis, Palestinians Describe How They're Coping During This Conflict

When the missiles are flying in your direction, what is a parent supposed to do?

“What I’m dealing with, especially with my kids, is fear, a lot of fear,” said Gila Yogev-Keren, who lives with her family in Beersheba, Israel, a city within missile range of the Gaza Strip.

Yogev-Keren says the air raid sirens are constantly going off, and dozens of rockets landed in Beersheba last night.

“You don’t wanna know,” she said when I asked how nerve-wracking this experience is for her family. “We have a sheltered room in our house, so what we’re doing is throughout the day, we run, if something happens we go to the shelter room, but at night, we put mattresses and stuff and try to spend the night there.” 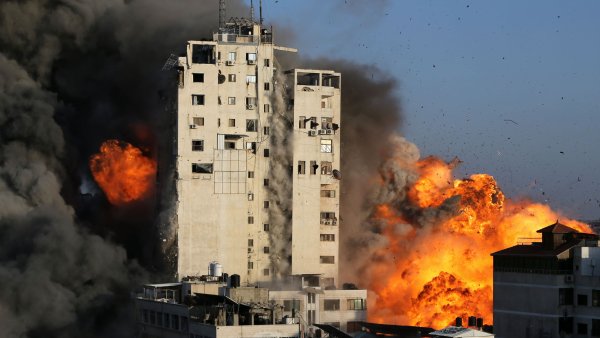 Fighting Between Israel and Palestinians Escalating Toward a Full-Scale War, UN Warns 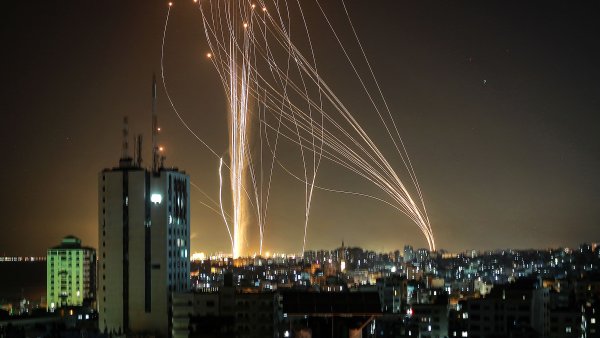 Yogev-Keren has two sons, ages 10 and 7. I asked her what she tells them about the politics of the situation between Israel, Hamas, its own Arab citizens, and the Palestinians of the West Bank.

“I give them examples from their own daily life, when they have fights with their friends, sometimes they fight over stuff, you never remember who started it, and both sides probably contributed to the situation in one way or another,” Yogev-Keren said. “Very easy to say that one side is to blame, it’s not that, not like that in real life.”

Hani Abdel-Jabbar's family lives in a Palestinian territory. He checks in with his son, daughters and grandchildren once in the morning and once at night.

“We are very, very scared of the situation that’s going on," Abdel-Jabbar said. "If they don’t answer the phone one or two or three times, then the family here, we can’t even sleep, worrying about them.”

Anas Amireh has family near east Jerusalem and is able to keep in touch with them through WhatsApp.

“This is abnormal. This is absolutely not normal," Amireh said.

Ofer Lichtig lives near Jerusalem and works for the Greater Miami Jewish Federation.

“Two rockets fell two blocks away from us, so it got very real,” Lichtig said.

He says the incidents which have happened recently in Jerusalem -- including several Palestinians potentially being evicted from their homes -- are no excuse for Hamas to launch thousands of rockets from Gaza into Israeli civilian neighborhoods. It just sows terror and invites Israeli retaliation and human casualties.

“The civilians are always the ones who suffer, on both sides, most of the people, I’m sure, who live in Gaza, all they want is to live, go about their lives, to make a living, to support their families, to raise their kids,” Lichtig said. “The poor Gaza residents have been taken hostage by Hamas.”

Wasserman-Schultz says Hamas, which rules Gaza and its 2 million citizens, is using terrorism when diplomacy is needed.

“The way to resolves disputes, from the smallest dispute over housing to the largest disagreement over the peace process, is to return to the table in bilateral talks to establish a two-state solution, and that is the United States position,” she said via Zoom from Washington.

Wasserman-Schultz says Israel has no willing partner right now with which to make peace, so she’s not optimistic that the Palestinians and Israelis will return to the negotiating table soon.

Meanwhile, riots have broken out in several cities in Israel between Jews and Arab Israeli citizens, fueling worries that a civil war could break out in addition to the external conflicts already happening.