Hundreds of frontline workers in South Florida have contracted the coronavirus. NBC 6 Investigator Phil Prazan spoke exclusively with one of them.

For months, Lotta Siegel and her colleagues at Memorial Hospital West have battled the coronavirus - taking care of patients isolated from their families.

“Without them being there, there is definitely a piece missing,” said Lotta, who is the Director of Nursing of Critical Care and Cardiovascular Institute at the hospital. “We’ve become the caregivers, as well as the caretakers of those patients.”

Lotta says some of her colleagues have died during the pandemic.

“We are vulnerable and sadly, all of us now have colleagues who have not made it,” Lotta said. “I don’t know if any of us are walking away from this emotionally unscathed.” 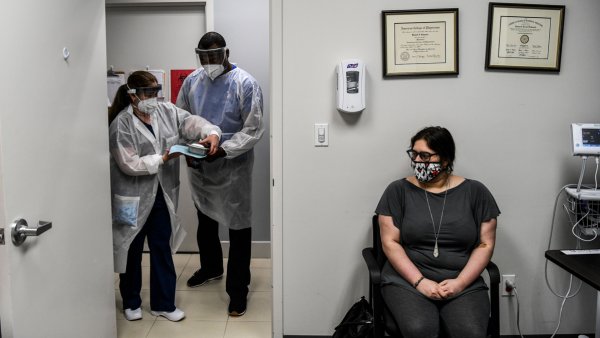 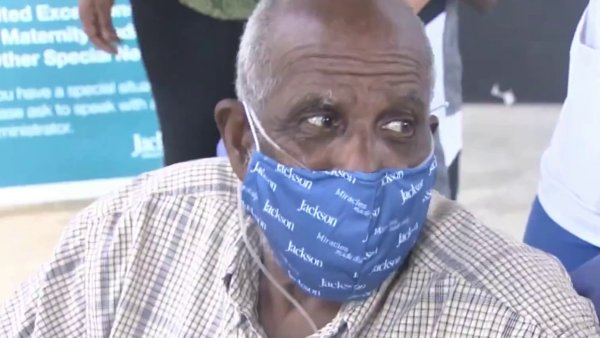 The veteran nurse says she has been extra careful since the beginning of the pandemic, wearing personal protective equipment at work and quarantining at home. But in late June, she tested positive for the virus.

“First reaction is ‘OK, so there is a strong possibility that I’m not going to make it.’ Second realization is that I could have given it to somebody else. So those first couple of hours after receiving a positive result were very difficult,” Lotta said.

“We go into nursing to help others and the thought I could have given somebody this disease was just unbearable,” she added.

Lotta is one of hundreds of frontline workers who have contracted the coronavirus in South Florida.

A look right now at area hospitals show Baptist Health with 317 employees currently in quarantine. Baptist tells us that number represents about 1% of their total employee population and that they are "well-staffed and leveraging external rapid response staffing resources as needed."

Broward Health says 477 employees have tested positive so far and "only 12% have been attributed to occupational exposure." At Jackson Health System, 16 employees out of over 13,000 have tested positive in the past 10 days. That’s a significant decrease from June and July, when the average number of workers infected at the health system was between 130 to 200.

All hospitals told NBC 6 that’s a small percentage of their workforce.

Lotta believes she contracted the virus through her son who became infected after attending a birthday party.

“One of his friends had a get-together. He (Lotta’s son) wasn't going to the dinner but he stopped afterwards, to wish the person a happy birthday,” she said.

Then, his girlfriend tested positive and so did Lotta.

Lotta, who quarantined with her son and his girlfriend, says their symptoms were different.

“I got sick to my stomach for the most part with a slight cough, not feeling good, not feeling horrible. My son had flu-like symptoms, not feeling good. His girlfriend didn’t have any type of taste or smell for over 10 days,” she explained.

Lotta has since recovered but says the virus stayed in her body for weeks.

“I was feeling good for three weeks but I kept testing positive,” she said.

While the number of confirmed COVID-19 cases decreased in recent weeks, Lotta hopes her story serves as an example that we cannot let our guard down.

We cannot continue hoping that this disease somehow will disappear, we have to do our part and everyone has a role to play in that,” she said. “It’s not difficult to wear a mask, it’s a lot more difficult to be on a ventilator.”

Lotta tells NBC 6 her son and his girlfriend have also recovered. She was able to return to work in person earlier this month.