A Florida Panhandle man who set up an illegal burn barrel on his property caused a wildfire that torched approximately 343 acres (139 hectares) of wild lands and damaged or destroyed about 59 homes, state officials said.

Allen Smith, 58, was arrested Tuesday and charged with misdemeanor counts of reckless burning of lands, violating open burning requirements and burning of illegal materials, the Florida Department of Agriculture and Consumer Services said in a news release.

“Recklessly burning illegal materials puts lives, lands and property at risk," Agriculture Commissioner Nikki Fried said in a statement. "When that occurs, it’s our responsibility to take swift action and bring perpetrators to justice, just as has happened here."

Smith had been burning prohibited materials in a barrel behind his Santa Rosa Beach home on May 5 and didn’t fully extinguish the illegal fire before leaving it unattended, investigators said. The remaining hot materials escaped into the surrounding dry vegetation and caused it to ignite, officials said. The dry conditions and weather patterns allowed the fire to rapidly spread out of control. 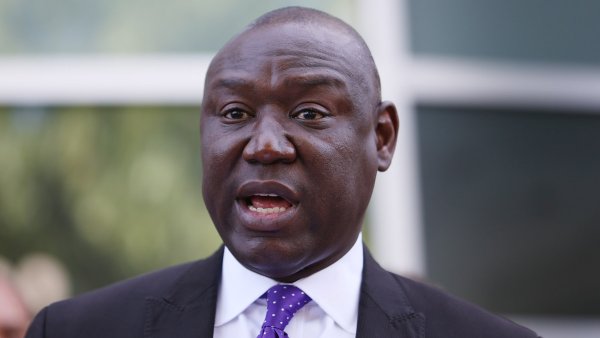 Also last week, another wildfire to the west, between Santa Rosa Beach and Pensacola, burned about 2,200 acres (890 hectares). A prescribed burn by a private contractor got out of control.

Smith was being held on the Walton County jail on $5,000 bond. Jail records didn't list an attorney.