NBC 6 found the shooting of Michael Ortiz in Hollywood appears to be the 17th instance in the U.S. where officers who meant to use tasers ended up firing their handguns.

A South Florida man who was left paralyzed after a police officer shot him in the back called for prosecutors to investigate and potentially file criminal charges in connection with the shooting last summer.

Michael Ortiz was having a panic attack at his Hollywood home on July 3, 2021, and called 911 for help. Hollywood Police responded, and instead of aiding him after he was already lying on the floor and handcuffed, an officer shot him in the back — paralyzing him from the waist down. 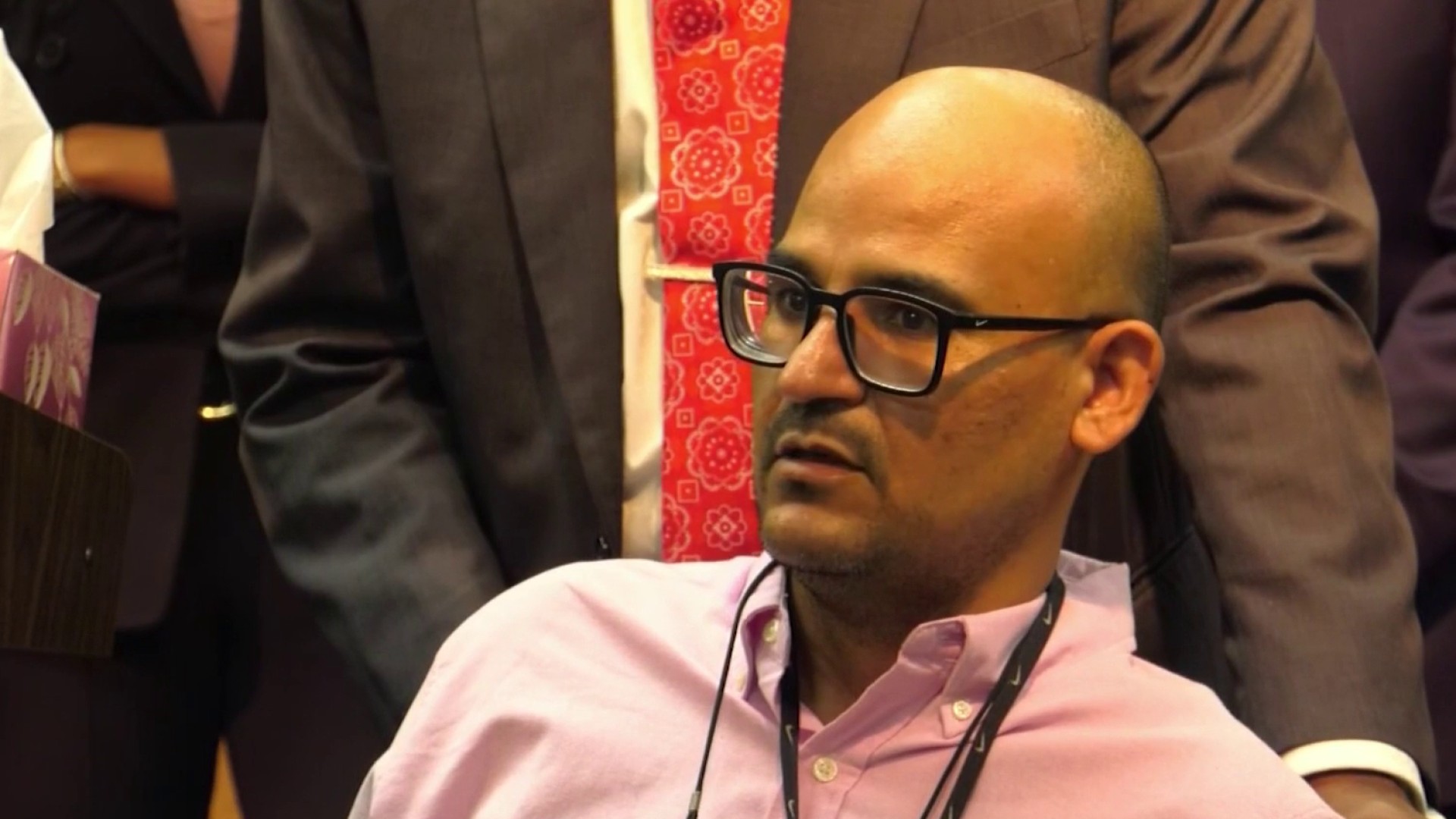 Officer Who Shot Man, Paralyzing Him, Meant to Use Taser: Hollywood Police 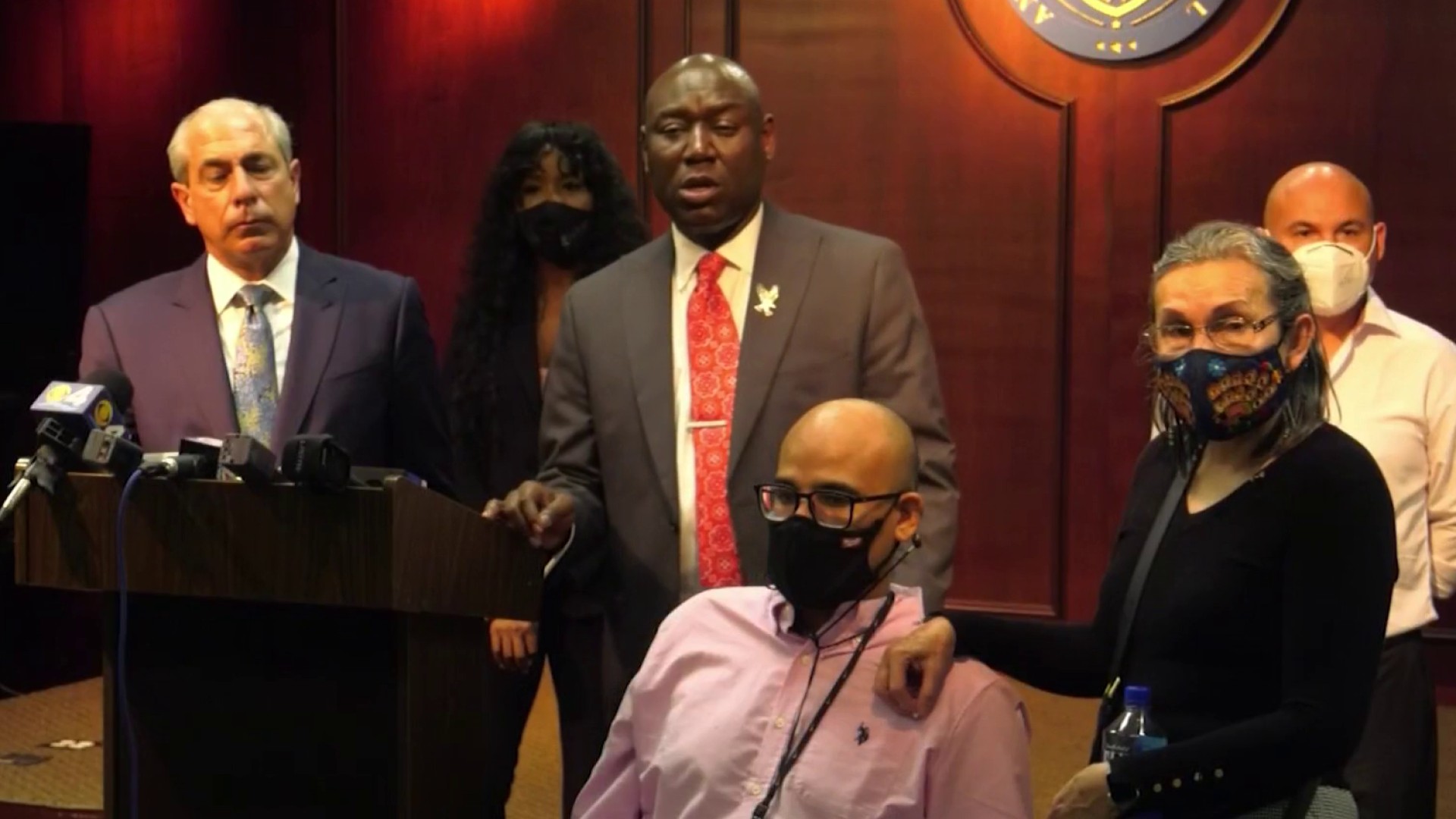 Man Shot in the Back by Hollywood Police Searching for Answers

“We think the Broward State Attorney should complete the investigation quickly and identify what criminal laws were violated and take swift action against anyone who violated the law," said Hunter Shkolnik, who is one of Ortiz's attorneys.

The Broward State Attorney's Office sent NBC 6 a statement Thursday, saying, "The Florida Department of Law Enforcement is the appropriate agency to conduct the investigation, which is already underway. FDLE will present its findings to the Broward State Attorney’s Office when that investigation is completed. Prosecutors will then complete a thorough review of all of the findings and evidence before making a decision.”

Ten months ago in Minnesota, veteran officer Kimberly Potter shot and killed 20-year-old Daunte Wright. Potter claimed that she meant to use her taser but pulled her weapon instead. Potter was convicted on manslaughter charges and is now in prison.

“We heard it most recently in Brooklyn Center, Minnesota, where Kim Potter claimed she was going for her taser and shot Daunte Wright in the chest, killing him, and now we hear with this police officer here in Hollywood trying to use this same excuse. It’s an unjustified use of excessive force," said attorney Benjamin Crump, who is also representing Ortiz.

The officer who shot a man and paralyzed him meant to use his taser, the Hollywood Police Department said about the shooting last summer. NBC 6's Willard Shepard reports

NBC 6 found the Ortiz tragedy appears to be the 17th instance in the U.S. where officers who meant to use tasers ended up firing their handguns.

To prevent confusion between a gun and a taser, instructors at the Miami-Dade Police training bureau told NBC 6 that the firearm goes on the side of the officer's dominant hand. The taser does on the opposite side, which requires officers to reach across the body to get it.

"As a right-handed shooter, my gun is going to be on my right side," said Sgt. Jose Cancel during a demonstration last year.

The weights of the two weapons are also different — the gun is going to be heavier than the taser.

The Ortiz family and their lawyers also announced earlier this week that they were going to court in an effort to get the building's surveillance video, which they believe will show if police used excessive and unnecessary force.

The officer who fired his weapon has been on administrative duties since Ortiz was shot. The police department could waive the legal right it has to keep the video of the shooting confidential, but it has chosen so far not to.