The opposing campaigns battling over whether Florida should legalize medical marijuana are being largely funded by two wealthy individuals, who both insist their decision to open up their wallets is personal, not political.

Most of the money spent on Amendment 2 has come from opponent Sheldon Adelson, a Las Vegas casino magnate, and supporter John Morgan, the founder of a well-known Florida law firm whose slogan "For the People" shows up frequently on the state's television and radio airwaves.

Florida's battle over pot has been the sixth-most expensive in the nation, according to advertising data on ballot measures assembled by the Center for Public Integrity. So far, $3.4 million has been spent on more than 4,200 television ads, most of them encouraging Floridians to vote down Amendment 2. 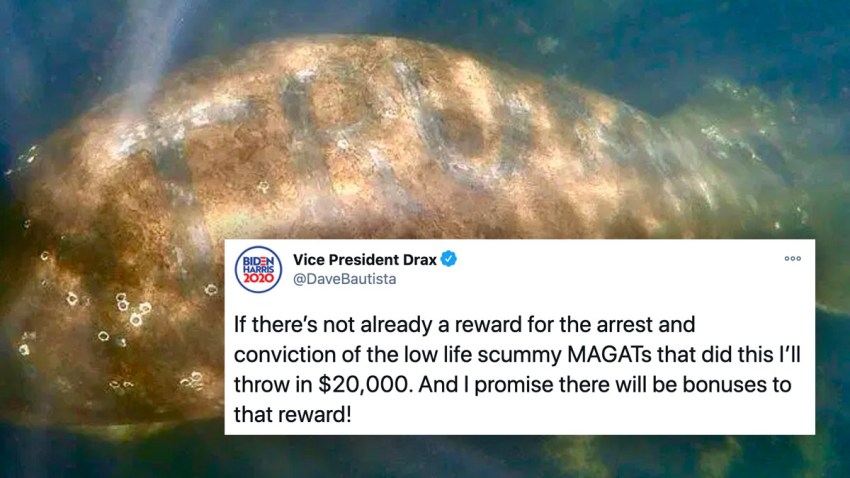 To obtain marijuana, patients would have to get a doctor's certification of their condition, which in turn would qualify them for patient ID cards they can use at licensed dispensaries.

Adelson, a high-profile Republican donor and CEO of Las Vegas Sands Corp., has given $4 million to the Drug Free Florida Committee. Adelson's donations represent 84 percent of what the group has raised so far.

Adelson has been seeking approval to build a resort casino in the state, but Andy Abboud, vice president of Las Vegas Sands, said Adelson's decision to spend his own money came after conversations with Mel and Betty Sembler, both prominent Florida Republicans who have long been involved in anti-drug efforts. Adelson's own son died from a drug overdose, and his wife is a physician who has established drug treatment centers.

"It is a personal passion of theirs," said Abboud, who called marijuana a "gateway drug." Abboud added that the Adelsons intend to step up their involvement in other states to stop what he called the "mainstreaming" of marijuana.

On the other side, Morgan and his law firm, Morgan & Morgan, are the largest donors to the group pushing the amendment, although most of Morgan's nearly $4 million was largely aimed at helping collect the signatures needed to put the amendment on the ballot. Morgan's firm hired Charlie Crist after he left the governor's mansion nearly four years ago, and some have speculated that he pushed the amendment as part of an effort to boost turnout for Crist's bid to defeat incumbent Republican Gov. Rick Scott.

The Orlando attorney, however, has said the catalyst for his effort to legalize medical marijuana came from watching his dying father struggle with cancer and the pain endured by his brother, Tim, who became a quadriplegic after he snapped his neck diving into a Walt Disney World lagoon while working as a lifeguard.

Morgan wasn't expecting to spend as much as he did on the effort. He said his goal was to get the petition effort started, but didn't realize he was going to do the bulk of the funding.

"All of a sudden you're half way across the lake and the question is, 'Do you swim back or do you keep going?' That's kind of where I found myself," Morgan said recently.

He said at one point while waiting for the state Supreme Court to rule on the legality of the amendment, he questioned whether he should wait until 2016.

"Then I said, 'You know what? I'm just going to finish this bad boy off. Write the checks. Take the hit,'" Morgan said.