A special team of officers from Miami-Dade Police's Rapid Deployment Force unit will be patrolling Miami International Airport following a wild brawl involving travelers and police that was caught on camera.

The officers will be at all terminals inside the airport in case of another incident involving violence, officials said Tuesday.

The news comes after Monday's incident at the airport that ended with two men facing charges including battery on a police officer.

Miami Dade Police officials said Mayfrer Serranopaca was holding on to a police officer's arm and fighting with him in a terminal. Officers arrested both Serranopaca and Alberto Yanez, who was also accused of taking part in the brawl. 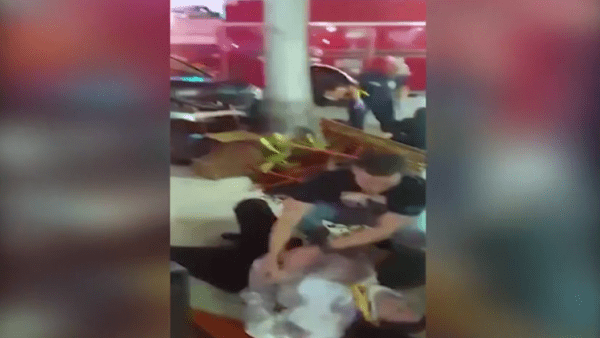 Airport personnel said some Air Century Airlines passengers were going to the Domican Republic and Cuba had become upset because their flights had been delayed.

Detectives said Serranopaca jumped in front of a golf cart inside the airport and sat on the hood without moving. Then he allegedly fought with the police officer.

Video showed a crowd gathering as the officer retreated and then pulled out his gun and called for backup. No shots were fired and officers took both men into custody.