Stretch of I-95 to Close Monday for Officers' Funeral Procession

Mourners of Miami-Dade Officers Roger Castillo and Amanda Haworth are expected to fill the rafters of the AmericanAirlines Arena after it was announced the home of the Miami Heat will host the slain cops' public memorial services on Monday.

The funeral procession will force a stretch of Interstate 95 to close for two hours starting at 12:30 p.m. All traffic in northbound lanes between Interstate 395 to Northwest 119th Street will be diverted as the fallen officers are transported. 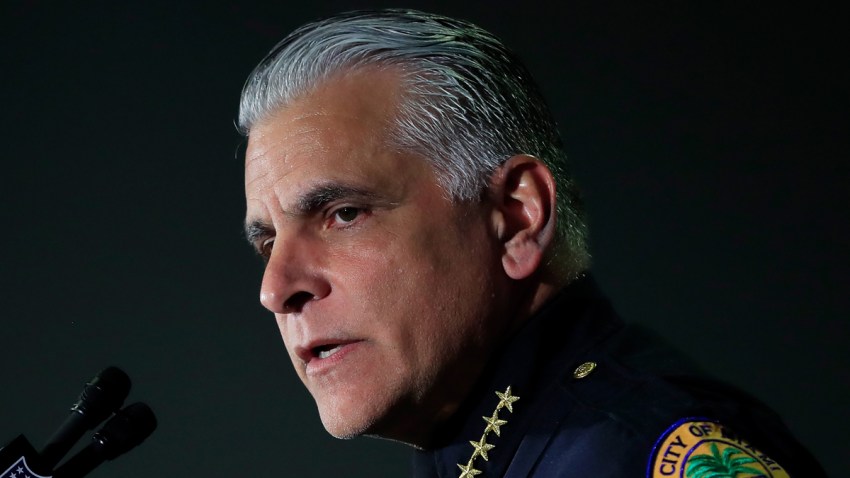 Castillo and Haworth were gunned down by Johnny Simms while serving a high-risk warrant to the fugitive wanted for murder.

The memorial service is scheduled to begin at 11 a.m.

Funeral arrangements have not yet been finalized, but are also expected to be on Monday.

A viewing for Castillo will be held at 7 p.m. on Sunday at Vista Memorial Gardens & Funeral Home in Miami Lakes. Plans for Haworth's viewing have not been released.