On the first day parks and marinas reopened since the coronavirus shutdown, Miami Beach police issued 652 warnings to people who weren't wearing face masks and had to remove 145 people from parks after closing time, city officials said.

“If we continue to experience people refusing to comply with the city’s emergency orders, including wearing face coverings where required (parks, beachwalks, baywalks, etc.), we will need to close certain areas,” Morales said in a tweet Thursday. 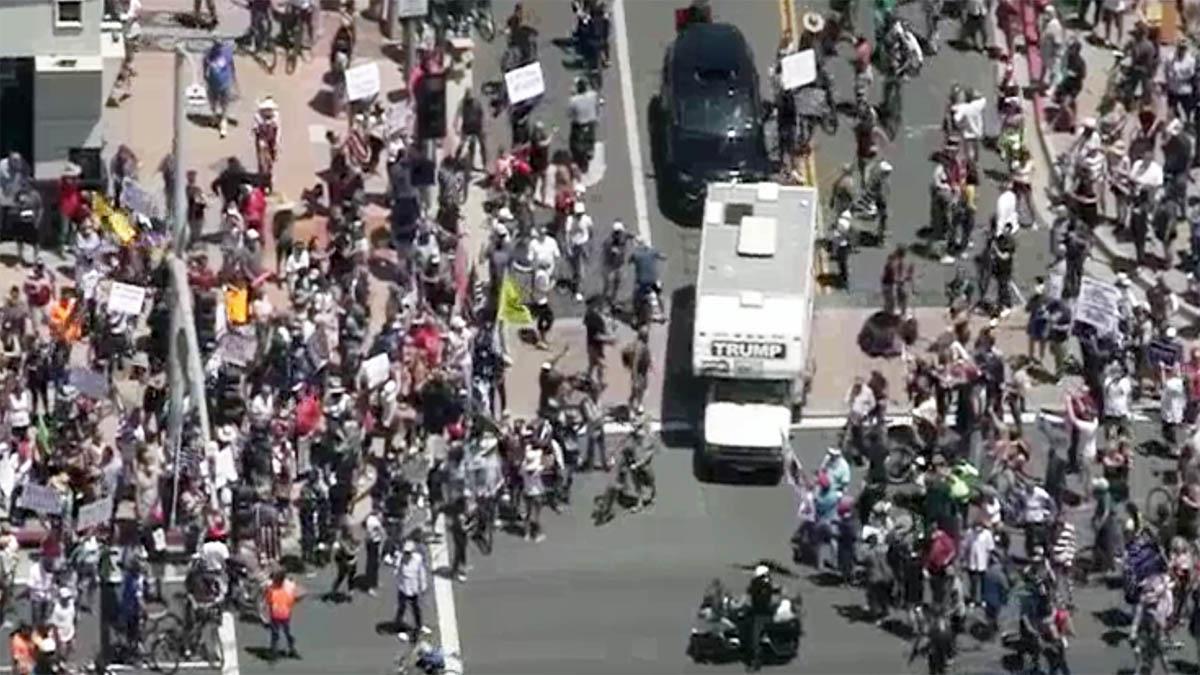 Work Safety Strikes, Virus Lockdown Protests Planned Across US on May Day

Miami Beach police Chief Richard Clements presented a report to the city administration Thursday with the violations that park rangers found Wednesday at open spaces across the city, the Miami Herald reported.

The violations include 138 for riding bicycles, e-scooters, skate boards or roller blades on the beachwalk or baywalk prior to 9 a.m. or after 5 p.m., when the paths are reserved for pedestrians. And 23 people were issued warnings for not social distancing.

On Thursday, park rangers gave 899 verbal warnings about face masks, but officials said the number was higher in part because there were additional rangers on staff.

The city imposed a new restriction on Wednesday, when parks reopened, that requires facial coverings to be worn by all users of the city’s beachwalks and baywalks, except by “children under the age of 2, persons who have trouble breathing due to a chronic pre-existing condition, or persons engaged in strenuous physical activity or exercise.”

Mayor Dan Gelber said violators of the orders are “endangering other people” and should “treat these orders seriously.”

He added that residents have “overwhelmingly” supported the emergency measures Morales has imposed.

Commissioner Ricky Arriola, who has called for the city to be reopened more quickly, called the mask rule “silly” and said it was implemented for political “optics," the Herald reported.

“If people are maintaining social distance, I don’t see how a mask is going to do much good,” he said.

He said the text of the order will lead to inconsistent enforcement because what may be a leisurely walk for one person may be “strenuous” exercise for another.

“It becomes so arbitrary,” Arriola said.