Suzann Nicholson claims Commissioner Alex Diaz de la Portilla pushed and poked her at an illegal bar in Allapattah after the COVID-19 curfew.

A code enforcement officer for the city of Miami has filed a lawsuit against city commissioner Alex Diaz de la Portilla for libel.

Suzann Nicholson is asking for $100,000. The commissioner strongly denies the accusations and will fight it in court.

It’s the latest update in a controversy after code officers back in February shut down an illegal bar in Allapattah past the COVID-19 curfew and found Diaz de la Portilla was present. 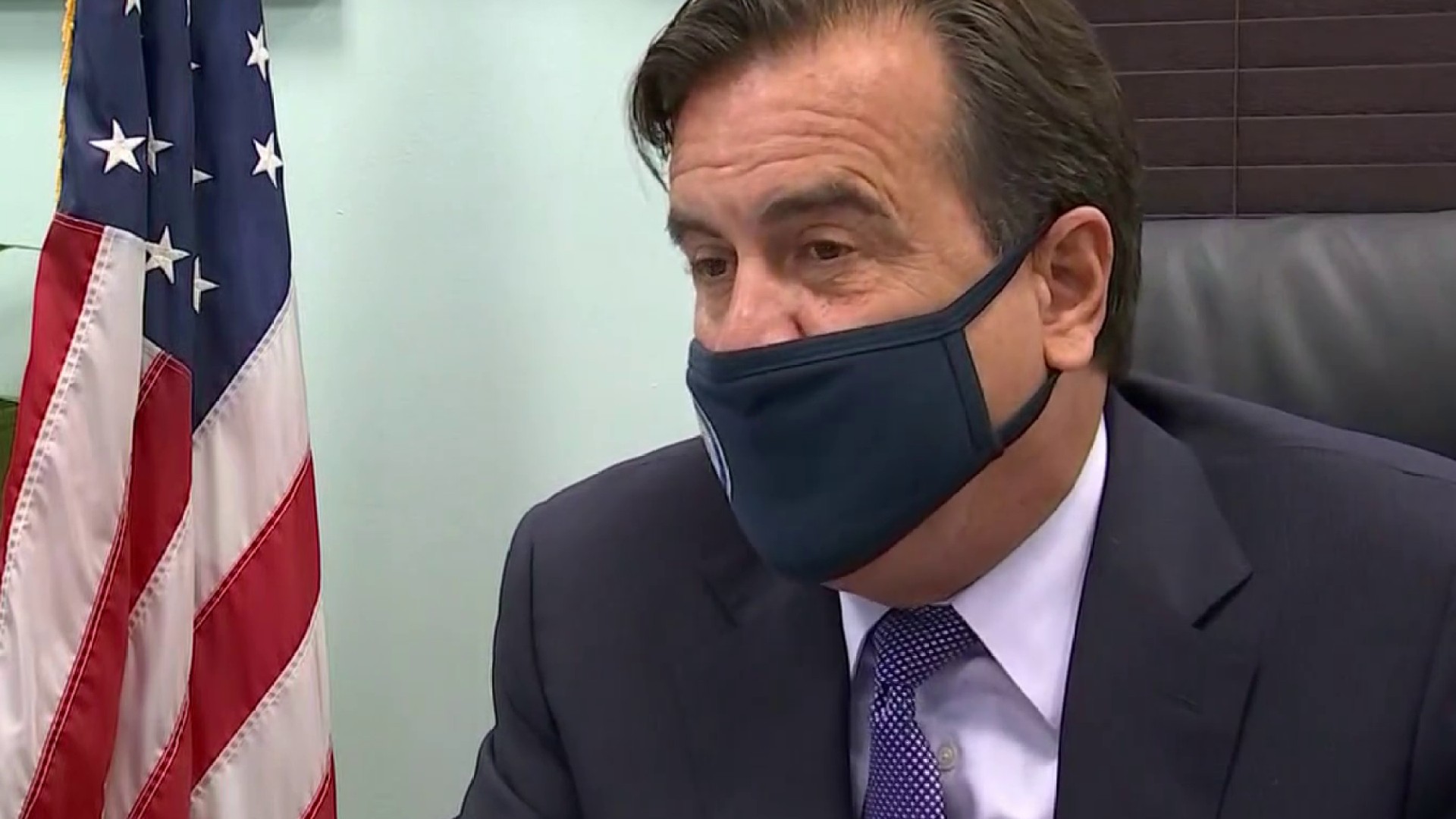 Nicholson claimed the commissioner poked and pushed her, causing her to injure her ankle. The city released body camera footage from three or the four police officers on the scene, showing the commissioner did not get physical with the code officer.

The commissioner called for her firing.

“She’s just lying. She’s a defamer. It’s a shame it’s come down to this. It’s a shame that she’s recurred to these types of tactics,” Diaz de la Portilla said.

The commissioner told multiple media outlets she was not telling the truth about what happened. Her lawsuit claims this was an attempt to “intimidate” and “silence” her.

Thursday, Nicholson spoke outside city hall at a news conference with her lawyers Matthew Baldwin and David Winker, claiming the commissioner libeled her by calling her a liar in public and her superiors at the city pressured her not to document what happened.

“Now I’m here trying to make everyone else believe what happened. And it’s unfair. Unwanted touches should not be allowed. He’s a public official. He had no right to put his hand on me,” Nicholson said.

Nicholson’s original report did not detail any physical confrontation with the commissioner. She did not write it in emails NBC 6 obtained by public records requests until several weeks later.

Her lawsuit claims code compliance assistant director Eric Nemons directed her to keep it quiet and delete photographic evidence of the illegal bar.

“His orders were get rid of the footage. We have to keep our public officials safe. And then, after that, to add insult to injury, I’m now standing there hurting, confused. And that’s why I didn’t mention it. You know why? Look where I am now,” Nicholson said.

The Miami city manager is now investigating a dispute between an elected city commissioner and a code enforcement officer who found the commissioner at an illegal bar in Allapattah after the COVID-19 curfew. NBC 6 Investigator Phil Prazan has a look at what new video released tonight shows and doesn’t show.

During the Thursday news conference, city manager Art Noriega moved them out from in front of city hall. Noriega said city officials had no comment and an investigation into the incident was referred to police.

“Other than that, there’s an ongoing inquiry. I won’t speak to that any further,” Noriega said.

Winker and Baldwin, representing Nicholson, say they will also file lawsuits against the city for phone and email records.