Miami-Dade, Broward Officials Prepare for Flooding Ahead of Rainy Weekend

As South Florida braces for heavy rainfall heading into the weekend, many cities are already preparing for possible flooding

All of South Florida is now under a Tropical Storm Warning due to what could be the first named storm of the 2022 Atlantic hurricane season.

Potential Tropical Cyclone One formed Thursday and is expected to bring heavy rainfall and possible flooding to South Florida.

The impacts for Friday/Saturday include heavy rainfall leading to flooding, gusty winds. Rainfall amounts of 4-8” are possible with isolated amounts close to 12”.

NBC 6's Alyssa Hyman shares how South Florida officials are preparing for the rainy weekend ahead.

Miami Mayor Francis Suarez says the city is preparing, clearing city drains, making sure the pumps are working, determining where to bring portable pumps and making sure the EOC is ready to go.

"We need to be vigilant," said Mayor Saurez. "What happens is we sometimes become complacent when a big storm hasn't hit us in a while, so I just ask all of our residents to please have a plan."

One area that has the mayor concerned headed into the weekend is the area underneath 395 in downtown Miami along Biscayne Blvd.

It's an area that flooded just about two weeks ago.

"The reason why that area continues to flood is because we're not allowing any of that water to drain into the Bay," said Suarez. "We're not letting it drain into the Bay because it pollutes the Bay. It's dirty water."

He said we should see pumps in that area.

"The question is where do we pump the water and how clean is the water," said Suarez.

Over on Miami Beach, the city is also preparing. Mayor Dan Gelber says they also send out pumps and generators early and clear the drains. He says they hope for the best but prepare for the worst.

"We're ready for anything, but we're going to do what we always do," said Mayor Gelber. "Which has been queue up and preposition pumps and generators and clean all the things that need to be cleaned, so if [the rain] is showing up in greater amounts than we want we can clear it out pretty quickly."

Several cities across South Florida will be distributing sandbags to residents on a first come, first served basis. 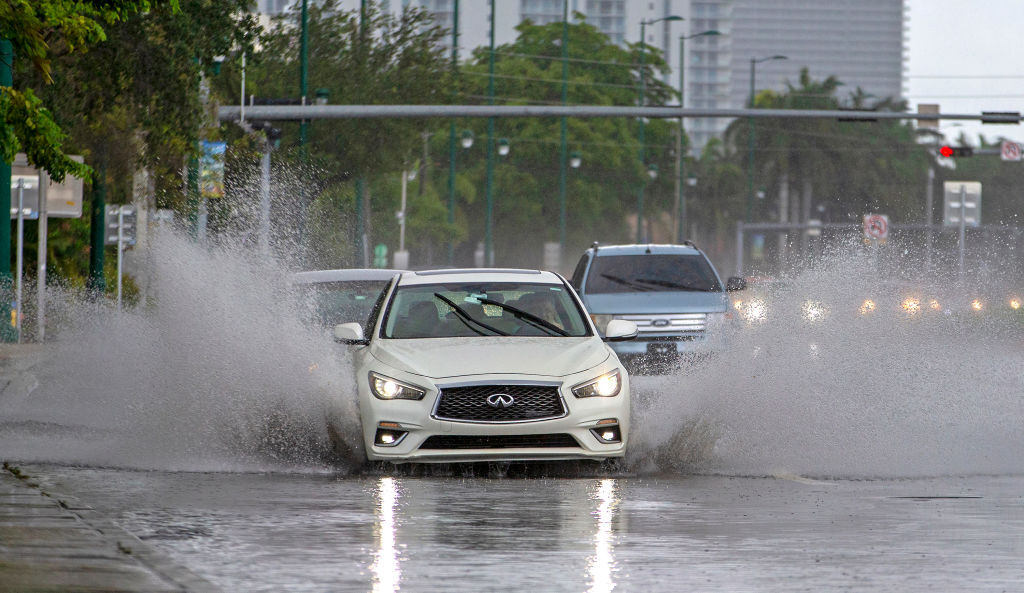 City officials in Fort Lauderdale announced Thursday they are prepared for the storm and want to make sure residents are too.

“This may not be the full hurricane that oftentimes comes to our shores but it is a wake-up call for our community to get ready be prepared for the worst,” said Mayor Dean Trantalis.

Residents stopped by Mills Pond Park Thursday night to fill bags ahead of the Friday’s rainfall.

“After Hurricane Andrew, I don’t like to take any risks,” said Melissa Buck, “Take it seriously, make sure that you’re prepared, make sure you have supplies.”

There are many areas in Broward County where residents can fill sandbags free of charge.

In Davie, Randy Smith, from the South Florida Water Management District, says they have been preparing for the rain event by lowering the water levels in canals across South Florida to prevent flooding.

“We try to make sure that we’re getting these canals low range so that there is plenty of room for that stormwater to run off the roads. We can get it out in the ocean to the east and hopefully prevent significant flooding issues,” said Smith.

Smith says if you see flooding call county officials in your area so they can check and make sure there isn’t any blockage.