Marcelo Labra, 58, was walking his chihuahua Chandra when two men started antagonizing him and attacking him, his family said.

A South Florida man was brutally beaten while walking his dog in his neighborhood, and his family believes he was attacked because he's Hispanic.

The attack happened Tuesday night in the area of Southwest 47th Street and 133rd Avenue. Marcelo Labra, 58, was walking his chihuahua, Chandra, when two men started antagonizing him and attacking him, his family said. Man Gets Fired After Private Chat About Race Goes Public 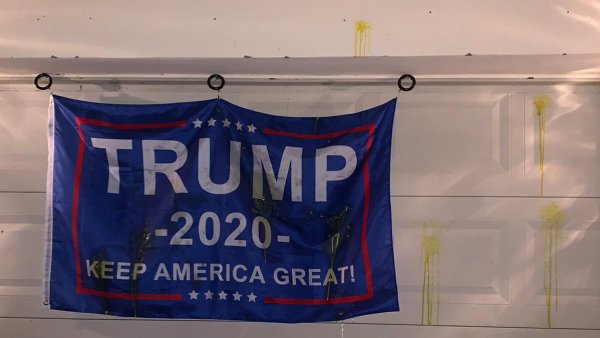 "Someone first punched him and the other people held his arms behind his back. And then they just kept beating him and beating him until he was practically unconscious," said Sabrina Enciso, Labra's granddaughter.

Labra was left with a swollen eye and bruised and bloodied lips. Enciso said her grandfather is too traumatized to talk.

"It's very confusing for him," she said. "He just knows he's never experienced anything like that in his life. He said they could have left me to die."

"It's a lot. You go from a routine that he's done every single night. This is something he does all the time, at the same time. And then now all of a sudden you’re caught off guard."

The family believes the attack was a hate crime and that Labra was targeted for being Mexican.

"He is a resident, he’s legal, and that the sad part I think that they assume," Enciso said. "They're gonna do this to people and they won't say anything and I think thats why it’s important to get the story out."

Chandra the chihuahua wasn't hurt in the attack. She was the first thing Labra saw when he came to afterwards.

"I see her as a shining star because everything that happened that night, and he just knows when he came to, the dog was right there," Enciso said.

Miami-Dade police responded to the scene that night and says their investigation is still ongoing. There is no information on the subject or subjects.

At first, Labra didn't want to report the attack, but his family says people need to know about what happened. They hope this story encourages other victims to come forward.